You think you have found the man of your dreams, he is the man whom you want to spend your life with. Your parents and friends like him, and your man treats them with respect and kindness. Things are going smoothly between the two of you, leading you to wish that he could just put a ring on it, so you can move on with your lives. In your fantasy, once marriage is done, children are the next step in life. The only problem: he does not seem to be keen on committing. Sure he is exclusive to you, and you live together. But he is not looking to move on to the next stage in life soon. Should you call it quits? Probably not, but it is useful to figure out why, and try to see if he is really never going to commit to you and the relationship. Here are ten possible reasons why your boyfriend won’t commit to marriage.

Men are not emotional creatures, they are more goal and time orientated beings. Even if you believe that he is the one, he might think deciding that after ten months together is too quick. It is not that he does not love you, but he is not ready to committing into a relationship for long term after just knowing you for ten months. This can sound scary to a man.

Typically, a man would wait until after the honeymoon period is over, where he can assess his emotions and needs without rose tinted glasses. If you are thinking that he should propose just after six months of getting together, he is probably the wiser partner of the two. Be patient, good things come to those who wait a little longer.

Everything is going great, except the fact that he is still friends with his ex on Facebook. Worse, they still keep in contact. That might be a good reason why your man is not ready to commit to a relationship. Either he is still pining for the ex, or you are the rebound person until he figures out what to do with his life. He is still a loving person, and he is not cheating on you, but he is unsure if you are the one.

The best thing to do is to end the relationship. There is no point in staying with a person who is not over the last relationship. He might never commit to you, as long as he feels that there is hope that he could get together with his ex. You deserve better than that, do not be the rebound person.

Men would do just about anything for sex, and if you are good at it, he might want you around even more. Research has shown that single people have less sex than those in relationship, so it makes sense to be in one. While your man is happy to play the part of a good boyfriend, he is expecting to have some sugar on demand. This works well when you are in the period where you cannot take your hands off each other, but he seems less interested after he gets what he wants. When you realize that he just wants sex, you will know that these are signs he will not commit.

Like girls, guys can have bad experience in a relationship too! Imagine just breaking up with a clingy murderous person, and he is still reeling from the bad breakup. Chances are, he is biding his time to see if you will turn out to be as crazy as the previous person. Engage in the help of a couple therapist to help him. Your support might encourage him to commit easier.

A wedding can be expensive, but that is not the only thing a man has to worry about. To start a family, he has to have savings to weather mortgages, loans and money for a rainy day. It is also a well known fact that children are expensive investments. If you are serious about spending life together with this man, then you will have to talk to him. Maybe work together towards a financial goal, and have a prenuptial so that no one gets taken advantage of. Plus, if he has to spend most of his time working, how are you going to have a healthy relationship? 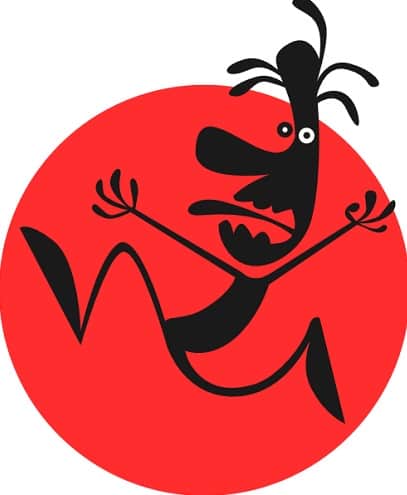 This seems to be a popular excuse from the guys: he is happy with the current situation. Basically, he gets to have sex, he has his freedom and no prospect of kids anytime soon. Some men loves the bachelor status, so to keep options open. While it is understandable, there is not much you can do about it. The best way to propel him forward without you looking pushy is to move on. Once he realizes that you are still attractive to other people, and you can live on well without him, he might reconsider his decision.

Men can be like children, especially those mother’s boys. He might find the responsibility of wife and kids daunting. You cannot force a person to be ready for responsibility, but you can teach him how to take it like a man. Slow and baby steps to show that he is more capable than he thinks, and back up with positive reinforcement. Soon, he will have the confidence for the next stage in your lives. This is one way how you can get him to commit.

Human beings are not monogamous creatures, it is the society that dictates us to be. He might be your ‘the one’, but you might not be wife material to him. What is worse, there is a potential candidate he has lined up. If this is the case, you have two choices: either you prove that you are the perfect choice, or you ditch that man and move on. New candidate or not, this man might not be a good life companion material, if he is constantly looking for something better.

Some men love to romance people, he likes giving flowers and do romantic gestures. It is not surprising if you think that he is husband material. But some men love the thrill of the chase, and will not settle down, just in case the flames die off. In this case, you will have to decide if you like the romance part, or you want the commitment part more. A romance junkie might fear that the flame will sizzle off after marriage, but you can show him that it does not have to be.

Men can be spiteful, especially when they feel like they are being henpecked into doing things that they are not ready for. If you constantly push you guy to do something, he might be fearful in committing to the next stage of your relationship. Ease up and let him take the reins of decision, and he might surprise you with a ring. Equally important is to stop your supporters from pushing him to commit to you. No one likes to be nagged or forced into doing things, no one can force commitment, unless you want a resentful partner.