Not Dating An Actor or Actress – Good or Bad Idea?

All actors have become screen gods and goddesses whom we fantasy about in our various homes — talk of the Hollywood stars like Denzel Washington, Leonardo DiCaprio, and Angelina Jolie and the several others. Least I forget the Hindi movie stars like Aamir Khan, Akshay Kumar or Amitabh Bachchan who takes our breath off with their stunning acting skills. So, let’s see the reasons behind why you should not be dating an actor or actress.

Hence, some actors have become idols, and their fans virtually worship them because they are popular and influential in different ways. But do actors practice what they preach? Only in movies, they play romantic scenes perfectly well that, so we all some things idealize such a relationship. But is that what happens in their real life? The answer is a big NO.

Some relationship of actors is one of the scandalous you can ever imagine. They fall in an out of love like changing “underwear.” If you are currently thinking of dating an actor, here are some reasons to abandon that decision.

Why You Should Not Be Dating An Actor

They jump from one relationship to the other like a bee in search of nectar. What they portray in the movies is different from what happens in their real life.

That is the reality of life! Mostly, they get swallowed by their fame, making them delusional. Some actors are also adventurous when it comes to a relationship so they would want to explore more. While they are with you, they are eyeing their next target.

They are paid huge sums per movie, so they live like kings and queens. To impress their fans and live up to their status, actors spend a lot on buying cars and mansions.

They visit the luxurious hotels and restaurants in town and throw money as if it was worthless. When their fame begins to decline, and producers/directors start to reject them, they begin to struggle. It affects their finances, and they start selling all the big things they acquired during their peak time.

Thus, there are dozens of actors out there who are struggling. If you are to date them, their fall is also your fall. This can affect the relationship, especially if you went in for fame and money.

It is very difficult to handle fame, and the least mistake can turn you into a monster. Some actors begin to take solace in drugs and alcohol after their glamorous career because they begin to feel empty.

Great actors like Jeremy London, David Hasselhoff, TilaTequila and Drew Barrymore among others were all great actors who became addicts. So he/she is likely to fall for drugs and who wants to date an addict.

4. Their Career Can End Abruptly

Famous today; a nobody tomorrow that is the life of an actor. They enjoy the glory, money, and fame while they are on top of their game. But when a new star is discovered, or age starts to catch up, they fall like a mighty tree uprooted by a hurricane. It is a reality because whatever goes up must come down.

When this happens without enough preparation, they are found wanting. I don’t think you want to date someone whose career is short term.

5. They Can Be Unfaithful

Some actors or actresses take the passion from the screens/shoot to reality. When on set, especially for romantic movies some of the actors end up themselves in real life. They are unable to forgo the passion they fell for each other in that fictional world and continue it in the real world. Cheating on you is inevitable.

6. Would Spend Less Time with You

All actors are very busy people. From going out for an audition, which may yield no results to productions meetings and finally the shoot. They never want to miss any of such opportunities, mostly for auditions.

Who knows if it is his/her breakthrough moment? So don’t expect him/her to turn up for all planned dates or spend most of her time with you. If you think this is not a problem, start dating one.

7. Rejection Becomes Part of Them

Actors face rejections many times in their lives until they finally have a breakthrough. Imagine about 200 people being auditioned for a single role? So, the probability of him/her getting a role is 10% mostly. Some can grow a thick skin for such shocks while others are unable. Are you asking what this has to do with dating them? Continues rejections can cause psychological trauma if the person is not strong enough. This in a way can affect his/her relationship with others and can create an inferiority complex. 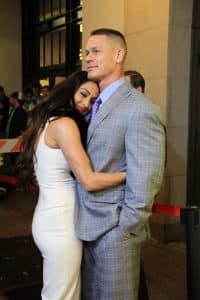 Conclusion: Why you should not be Dating an Actor or Actress

When you are dating such a person, he/she would never believe your love is real, because they have been rejected several times. All the above is not a general thing, as there are many romantic, faithful, and caring actors out there. Having a successful relationship depends on many factors including their individuality.