Dealing with Entitled People – How To Make It Work

How To Deal With Entitled People?

Some people consider their feeling of entitlement as a natural phenomenon and that the world owes them a favor. Such people feel special and unique and want to be treated preferentially. The unfortunate thing is that some people’s entitlement is so strong that they believe the world must revolve around them. Dealing with entitled people is not easy.

Sorry, but the world owes you not a dime, and your feeling of entitlement is a misconception and not a theory. Dealing with people who feel entitled can be very challenging. They seek their welfare at your expense and don’t play fairly. But friendship is supposed to have equal treatment, isn’t it? But you won’t have this when your work colleague or a friend is an entitled person. If you have such people around you, there are ways to deal with them.

1. Don’t Kowtow to their Whims

Entitled people may expect you to give them undue favors by doing a disservice to others. They lay down their claims or expectations, and they feel that you are obliged to kowtow to it. The best thing you can do during such a moment is to turn them down. Let them know that you can’t meet their demands kowtow to their whims and caprices.

You can also turn a blind eye to such proposals by doing nothing. Don’t even give them the chance to discuss such expectations. You can also choose to explain to them why you can’t meet their expectations. Let them know that as much as you wanted to help them out, circumstances may not allow you.

2. Give Equal Treatment to Everybody

To prevent people from feeling entitled, you must treat everyone equally. Don’t create the impression that some people are special than others. You know that people begin to feel entitled when they are treated special. So at home, treat all your kids equally and don’t choose some over others. Give the same gifts to all your kids if possible.

At the workplace, give every worker an equal opportunity to thrive and don’t bend the rules to favor others. Give tasks to people who deserve and not someone who feels entitled to it. When there are bonuses to be given, share it according to each other’s contribution. This will hurt their egos at the initial stage. But, as time goes on, they will come to accept it. 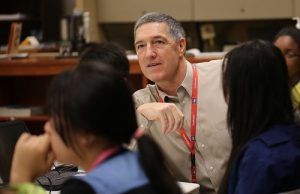 3. Allow them to Change by Themselves

You can force a camel to the riverside, but can never force it to drink water. This proverb applies to all spheres of life. If you notice that someone has an entitlement complex, you can give advice and allow him or her to work on themselves. You can set limits for them but still be open and have compassion for them.

4. Show a Little Empathy When Dealing with Entitled People

They can be very annoying with their numerous claims of entitlement, and that can be a turnoff moment. But what can you do? That is how they were brought up, and there is nothing you can do about it. All you need is to show a little empathy towards them.

Contents show
How To Deal With Entitled People?
1. Don’t Kowtow to their Whims
2. Give Equal Treatment to Everybody
3. Allow them to Change by Themselves
4. Show a Little Empathy When Dealing with Entitled People
Share