10 People Describe How They Found Out Their Partner Was Cheating

10 People Describe How They Found Out Their Partner Was Cheating

Being cheated on is probably one of the most hurtful experiences in a person´s life. Are you suspicious of your spouse? These people are willing to share their experience on how they found out the ugly truth. Maybe you can learn something from it.

This is one of the most classic ways that people have found out they are being cheated on by their partners. “I had my suspicions before, but then one day I came home early from work. Found my boyfriend in bed with our next door neighbor.”

2. Looked at their phone

“We were spending a day home, and I grabbed my girlfriends phone to order some pizza. When I unlocked the phone, the message screen was open. She had texted some other guy how she misses him and how she is too busy with work to see him. I texted the guy a confession admitting that she is also dating someone else.” 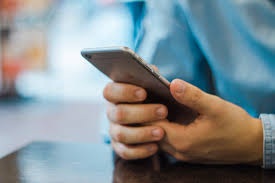 3. Just before the wedding

“My wedding was due in 8 days when my fiancé decided that we should break up. We were together for 12 years, and he said he felt pressured to marry me. It turned out; he was already seeing someone else for six months”.

“My ex girlfriend simply posted a picture on Instagram, where she was kissing another guy.” Another girl shared her story: “A friend of mine encountered my boyfriend on Tinder.

Since he didn’t know her, she started a chat with him and told me straight away. They even arranged a meeting, which I went to and confronted him.”

“After I had already been broken up with the girl for completely different reasons, my family told me that she had cheated on me before. They didn’t tell me before because they wanted us to stay together for some reason.” 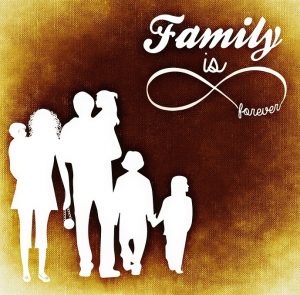 “I was married to her for two years when I discovered that she is cheating on me. It turns out; she had deep feelings for one of her closest friends from high school. I knew they were friends, but she reassured me about the spiritual nature of their relationship many times. It turns out, my gut feeling was right. They even got married a year after.”

7. Moving in together…or not

“My boyfriend of many years got a new job in a different city. Since we were serious, I decided to move in together with him. We had to spend some time apart until he settled in, and I left all my previous life behind. When I finally left my job, gave up my apartment and said goodbye to my friends, I showed up at our new place. At that point, he decided to tell me he is seeing someone else and our relationship is over.”

8. Not so romantic traveling

“My boyfriend and I decided to move to another country to travel for a year. When we went, he quickly found a job in concert management. We were living together with another couple, and the guy found him this job. Three weeks into our adventure, the guy’s girlfriend told me that my boyfriend had been together with a few girls. I continued traveling on my own.”

“During summer break from university, I stayed in my hometown. There I met a guy, and we spent the whole summer together. He told me that his ex girlfriend left him to go on an exchange program in another country. When I had to go back for my studies, he wanted us to stay together, but long distance relationship wasn’t working for me. 8 months later I was taking a train home and met him in the train station. He was together with his ex, who was pregnant and about to give birth. It turns out; they got back together while we were trying the long distance thing.

8 months later I was taking a train home and met him in the train station. He was together with his ex, who was pregnant and about to give birth. It turns out; they got back together while we were trying the long distance thing. 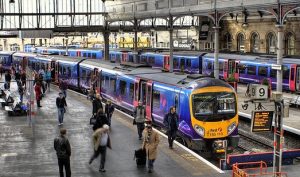 “My girlfriend told me that she would not be able to see me because a friend of hers was visiting for a couple of days. It turns out; her friend is a guy that she had been together with before. Also, they were sleeping together, and I never went back to her place again.”

Contents show
10 People Describe How They Found Out Their Partner Was Cheating
1. Coming home early
2. Looked at their phone
3. Just before the wedding
4. Social media pain
5. Helpful family
6.Friends from school
7. Moving in together…or not
8. Not so romantic traveling
9. Train station surprise
10. A visit from a friend
Share