Is Arguing a Bad Thing In Relationships?

Is Arguing a Bad Thing?

This is a common question among people in relationships today. We’ve grown up to see that conflict means there’s something WRONG. People who argue a lot are seen to be unable to EVER get along, therefore, people are afraid that if conflict comes up, it means the relationship is really struggling or that it’s doomed.

But, this is not the case. For some reason, this has been ingrained into our brains. Perhaps it’s because of all of the fairy tales and rom-coms that we’ve grown up with. We only see a beautiful ending with two people whose lives and relationship seem perfect. We hardly ever get to see the day-to-day grind with two people where arguments inevitably come up. Here are 5 ways arguing is not the worst thing to happen:

When two people are intertwining their lives and spending a lot of time together, conflict is going to come up! So, people in relationships should simply accept it. Don’t look at it negatively. Be prepared for it to happen, and when it does come, each person will be ready and can more easily get through it.

When two people care about it each other, and are planning for a long-term commitment, then they will argue. They aren’t willing to let resentment build and keep their important opinions to themselves. When arguments never happen, it is very likely that the two people in the relationship don’t care enough to take the time to argue! Try this FLAMES love test.

Communication is so important to relationships that it almost doesn’t need stating. When people argue, they’re sharing what they think and feel and are communicating their needs, desires, or frustrations. This is a good thing and will help make the relationship even healthier!

When two people argue in a relationship, it shows that they are two whole people, without their other person, and they have ideas, thoughts, opinions, and feelings about things. They aren’t molding themselves or changing themselves to fit their partner’s idea of perfect. And when two “whole” people get together, there will always be conflict!

#5. Arguments show a sense of safety and security

Relationships can be nerve-racking things. They go up and down and can make people feel vulnerable and nervous. People have their hearts out on the table, so it can be dangerous. And many times, people don’t feel safe enough in their relationship to argue or to fight back about something, even if it’s really important to them. Relationships should be comfortable, safe spaces where each person feels like they can have opinions and fight for them!

So, now that it’s been established that arguing is OK in a relationship and even a sign of relationship health, let’s move to the next level of relationship conflict: how to argue. These relationship tips can be used in any relationship, but for now, let’s focus on romantic relationship. There are definitely ways to argue and ways to not argue. Sadly, there’s no official guidebook to this kind of thing, and people aren’t taught how to argue with their partner. We all go in to these arguments, finding our way, and hoping for the best. Arguing can be a good thing, but if it’s done ineffectively or in the wrong way, then it’s not productive or healthy. Follow these tips to argue well in a relationship to help get opinions and ideas across as well as being respectful to the partner.

#1. Bring up the problems early on

Don’t let things build and build until there’s so much resentment that the argument turns into a huge, blow-up fight. Bring things up early, so that problems can be resolved before they get out of hand. Also, the issue should be brought up when it’s still relevant. It makes no sense and causes further tension when issues are dug up out of the distant past. 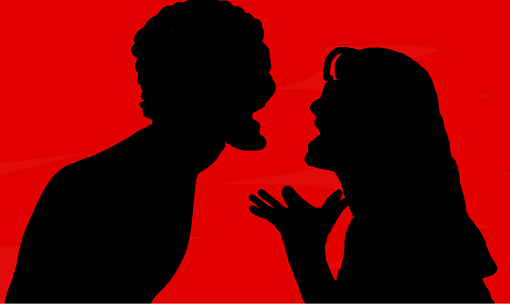 Stick to the point. Go into the argument with a plan. Don’t let it get sidetracked with unnecessary extra things that will just cause more tension. Often, with women, one thing is connected to another. So they will argue about a bunch of different things before realizing and accepting that there’s really just one thing they’re upset about and want to argue about. Find that thing and stick to it!

#3. Telling what’s on your mind

Yes, it does feel satisfying to spill one’s guts out in an argument and say all the things that have been piling up. But, listening is a long lost art. Use it to help the argument be productive and resolution-achieving. One should not only express their ideas but also really and truly listen to their partner’s response. That way, each person feels like they have a voice in the argument and aren’t being plowed over.

Remember—the other person in the argument is a committed partner. Treat them with kindness and respect, and it will go a long way. Don’t let angry emotions let the situation get out of hand or let vicious words spill out that have no place in the argument. It will only increase the tension, and it will hurt the other person. It won’t be productive or resolve the problem. It will also show that even in the midst of arguing, the couple still loves each other.

This is a key part of effective arguing. Don’t make it public. Argue when the time is right, and when no one is in danger of being embarrassed in front of other people who have no place in the relationship. Find a time that works for both people and is especially comfortable and secure for everyone.

#6. A relationship is about give and take

It can be hard to swallow, especially in the middle of an argument, but sometimes, people just aren’t right. One needs to learn to listen to their partner, and if their argument’s point wasn’t valid and turns out to be true, give in and let the other person win. Be humble and learn to say that the other person is right. Don’t fight simply for the sake of some sort of power over the other person. It isn’t healthy, nor is it mature.

Arguing can be such a difficult and trying thing, but it’s a fact of life. Conflicts occur in any kind of relationship. They’re totally normal and can definitely be a sign of a relationship’s comfort level, commitment, health, and maturity. But, there are ways to argue that will help the arguments be more productive and less corrosive to the health of a relationship.

But above all, remember what love means. Love is putting another person in front of oneself and caring more about their happiness than one’s own. So, that will translate into their arguments. They will show love and respect to their partner even when they’re fuming, and they will understand how to argue in such a way that will help resolve the problem instead of make it worse. So, in order to promote relationship health, follow the above tips when arguing with a significant other!