There are many reasons to get divorced, but the primary reason is marriage. Recent statistics say that one-third of marriages end up in divorce on average, but the correct statistic is around 40-50%. Some people love using the word as a threat, particularly the other half has much more to lose. However, legally becoming unmarried is a lot of work, and is also an expensive approach to end a marriage.

It is not uncommon to separate from a partner due to affairs and work, here are some facts about divorce that might surprise you.

Facebook is now the leading cause of divorce in legal papers. Too much time on social media means that partners are no longer communicating effectively. Plus that is how people catch their spouses cheating too. In addition to that, social media has made it easier to reconnect with those whom you are not keen on meeting face to face. 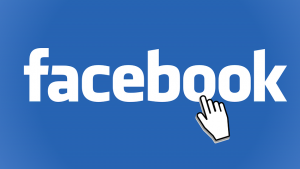 Interestingly, the website Ashley Madison may be a place for extramarital affairs. It is not common to see people breaking up because of it. If you are an avid Facebook user, you might want to create a prenup. For a loved one, switch off all the electronic devices and spend some time together. You might be able to separate from your spouse, but your kids will still need their parent.

2. Divorce is Bad for Leaders

Like in the United Kingdom, divorce is a bad word for those seeking to become a country’s leader. King Edward VIII abdicated to marry his lover, Wallis Simpson, while Americans prefer their leader married only once. Those living in countries where Catholic Christianity is predominant frowns on divorced people, and will less likely elect them to be representatives or leaders.

Except for Ronald Reagan, no other presidents had a second term once they separate from their spouse. That may explain why the Clintons are still together despite the affair rumors. But other countries have less problem with partnerless leaders, such as Russia.

3. Divorce is illegal in the Philippines

Unless you are a Muslim, able to apply for a divorce under Code of Muslim Personal Laws, marriage is going to be until death do you apart. The Philippines and the Vatican are the two only places where divorce is not legal, so you have to seek an annulment. In the eyes of the Church and Philippine Law, there is no greater sin than breaking a marriage contract. 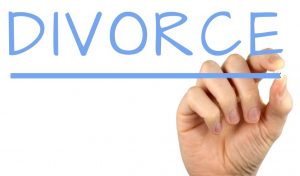 What happens when you separate? You can file for an annulment, but it takes months to years before you regain right to declare yourself single and free to remarry. At this moment, there are no plans to have a divorce law in the Philippines.

4. Cheaters do not last long

If you are thinking about divorcing your present partner to marry the person you are having an affair with, it is a bad idea. Statistics show that ⅔ of the couples who marry partners they were in an affair with eventually split up. The average time is around five years from getting together formally.

It might surprise you, as you think that you have found the one while you are married to a different person. This proves that the human heart can be fickle, and if you cannot trust each other, the marriage is never going to last.

90% of Indian marriages are arranged by parents, through careful calculation and matching. Despite not knowing each other well before marrying, India has a divorce rate of 1.1%. This goes to show that love is not everything in a relationship. The divorce rates in China are on the rise women empowerment that in turns leads to a reduced number of arranged marriages.

In both Chinese and Indian arranged marriages, parents and matchmakers Pour over the birth chart of potential spouses. The aim is to find a partner who matches regarding personality, star sign and interest. For the Chinese, wealth or status is also an important factor for potential partners. These tried and true methods give rise to one of the lowest divorce rates in the countries. It could be that married couples learn to understand and love each other after marriage, and not expect miracles.

Money can be a cause of divorce, usually when you have too much. Studies show that people are less likely to divorce when the economy is slow. When the tough gets going, couples hunker down and work together. It might surprise you if you thought that financial stress could be a cause of separation. 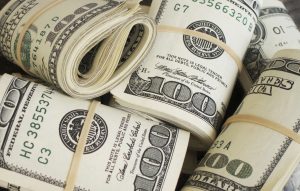 But in truth, divorce requires money. If you do not have extra cash lying around, chances are you will stay married instead of wasting precious resources on lawyers. Plus, working together and pooling your cash reserves is better for survival. Most people will separate in body and spirit and only split once they have the money or reason to want a divorce.

The infamous seven-year itch implies that people usually seek greener pastures after being in a monogamous relationship for seven years. On the contrary, recent studies show that cheaters start whenever they want. Those who are loyal or commitment to a relationship will work hard to maintain a relationship.

But if your relationship is doomed to end in divorce, the average length of marriage is eight years for first marriages. Word is, when you celebrate the ten-year mark, your union is more likely to last a few more decades.

You could be forgiven to think that people who wanted a divorce had thought things through. Sadly, studies show that 50- 80% of the divorcees regret going through the divorce, for up to a year after the motion has gone through. People who have gone through a breakup also struggle to be happy initially.

A divorce is just as emotional as getting married, it takes a lot of commitment and drive to see things through. Unless you have serious problems like abuse, alcoholism or in fear of your own life, it might be worth seeking couples counseling to solve problems first.

Going on a holiday might be a bad idea to save a marriage, a 2016 Sociological research found that divorce rates are higher during March and August, typically after long holidays. Couples usually try to rescue or fix a broken marriage by going on a vacation but are often disappointed after returning to reality.

Instead of avoiding the issue by going on a holiday, talk things out and address all the problems. It might hurt to rip out the scabs and let things heal, but allowing it to fester would just ruin things for the future. Hiring a marriage counselor might sound expensive, but a counselor has more training and can potentially save your marriage.

Another sociological study has linked watching pornography with increased divorce rates. The risk for men jumps from 5% to 10%, for women it is 6% to 18%. The study hints that pornography causes the risk to increase, rather than being a warning sign.

While it is not illegal to indulge in rated shows, this might be a good reason to reduce the rate of watching illicit materials. The researchers have noted that the risk returns to normal percentages once the subjects stopped watching pornography.