The idea of food as sexual stimulators goes way back through history into antiquity. Many of the foods thought to be aphrodisiacs were selected based on their shape. The more the food resembled male or female genitals, the more people considered it to be a libido enhancer.

Luckily, many aphrodisiac foods are healthy, so even if it does not work for you as well as you might have hoped, there is nothing to lose.Try out any or all of the foods on this list to get started and see what kind of results you can get. Just remember that there are a lot of myths about aphrodisiac foods out there, so tread carefully. Best stay with healthy stuff, just in case you end up harming yourself without even any sexual benefits.

So is there any truth to the matter of aphrodisiac foods? Do some foods make people want to get it on more than others? Obviously, eating sufficiently and nutritionally are important factors for getting in the mood. If you are healthy, you will have more energy to be directed in that regard. There are other benefits too, especially if you eat healthy over the long term. 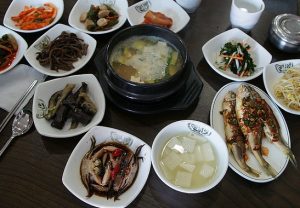 Beyond that, though, what does the science say? This article has examined some of the science and myths surrounding certain foods. Everything in this list seems to have some potency, so read on for more details. Here is the scoop on seven popular aphrodisiac foods for love-making.

Scientists have found that oysters really do have aphrodisiac properties. However, it is not as simple as eating them and getting it on. They contain a large quantity of zinc, which men lose during ejaculation. So people have guessed that there might be a link between that property and the male libido. However, more recent research found that oysters have two amino-acids that are instrumental in the production of testosterone in men and progesterone in women. Those are the two main sexual hormones. Eat oysters especially in the spring, these scientists advise, because the amino-acids are at their peak then.

Anything that makes you sweat can work as an aphrodisiac. Hot peppers do not contain magical substances (or even scientifically recognized ones like amino-acids) to enhance libido. Their power comes from our psychology. Since spicy food increases your heart rate, your brain can be tricked into thinking the body is sexually aroused. The main potency of hot peppers comes from the release of endorphins in the brain when you eat them. Our brains process spiciness as a mild form of pain, so it sends out feel-good chemicals to compensate. All of these elements combined can turn you on sexually, if you are in the right environment.

Olives are not directly related to sexual arousal, but eating them is good for your health. In particular, eating olives can improve blood flow, which is a key component in men’s virility. The mono- and polyunsaturated fats in olives contributes to good heart health in general, which is always a good thing. If you do not like olives, you can eat foods with olive oil instead. Researchers claim that the oil is just as potent as the actual olive when it comes to potential aphrodisiac qualities.

This one might seem almost like a joke when you connect it to sexual arousal. But do not be so quick to judge! Although the jury is still out on this one, some evidence appears to suggest that the potassium and vitamin B in bananas are good for building your energy levels. On top of this, bananas contain an enzyme known as bromelain, which some people think helps with testosterone production. Bananas are good for you in any case, but they could function as a slow-working aphrodisiac, especially for men (although women produce testosterone too).

This substance is pure gold (pun fully intended) for so many reasons. It tastes good and it goes with almost anything. It also has a chemical called boron in it. This chemical helps your body maintain healthy levels of estrogen and testosterone, two of our most important sexual hormones. In addition to all these personal benefits, buying honey supports beekeepers, which supports life on our planet. Yep, bees are that important, so honey should be your go-to aphrodisiac if you are not sure which one to pick.

Coffee is a bit of a mixed bag, as anyone who reads regular research updates knows. The caffeine mimics neurotransmitters in your brain, which is why you get a headache if you stop drinking it regularly. So you have to be careful with this one. However, in terms of aphrodisiac properties, we know that the caffeine also boosts energy levels, at least temporarily. Like hot peppers, coffee can trick your body into thinking it is sexually aroused because it puts your heart rate up and increases blood flow. So coffee might work in the short term, especially for women for some reason, but you do not want to overdo it with this one. Drinking a lot of coffee will make the effects less powerful anyway as you grow a tolerance to the caffeine.

Like honey, basil has the benefit of being able to be added to lots of different foods. That means you can consume it regularly without getting bored. There is not as much research available on this one, but Basil’s aphrodisiac potential comes mostly from its smell. Sweet basil, in particular, can get your heart rate up and help with blood flow, both essential elements of arousal. However, you may have to consume it regularly to get any of the effects. 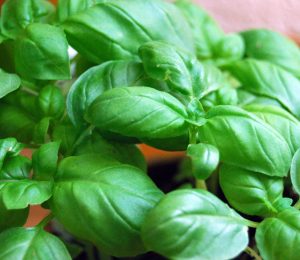 So there you have it. Some foods are stronger than others or more supported by actual substantial evidence. Of course, the effects of aphrodisiac foods are partly psychological. That means that if you believe something will arouse you, it just might. So you can experiment with your responses to various foods. But if you are hoping to get someone else in the mood, the smart thing to do is to stick to those foods with at least some evidence to support their efficacy.

It is important to keep in mind that not all of these foods work in the same way: some are short-lived, immediate reactions, like hot peppers and caffeine. Anything that mimics arousal is temporary. Most of the others require regular consumption. You can’t just eat a banana and expect to feel turned on. The nutrients that have an effect take time to be processed in the body, and you need to eat it more than once to notice any real difference. 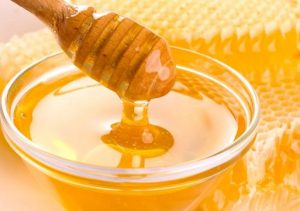 In conclusion, also take note that the foods themselves are not enough to incite love-making. To start off, there needs to be a minimum of attraction among potential sexual partners. More importantly, everyone needs to be on board – that means consent in the moment. Even with a basic level of attraction, not everyone will be in the mood at the same time. Eating aphrodisiac foods for love might help sustain your and your partner’s libido over time, especially the long-term, slow-working varieties. But do not expect a miracle.