When entering marriage for the first time, the one thing that couples have in mind is growing old together. Well, while this might be a dream come true to some, a good number of couples end up divorcing each other after a short period of time. Before this happens, there are normally red flags that indicate things are not running smoothly. Unfortunately, couples fail to realize this soon enough before saying “I do.”

Thereafter, when their relationship comes breaking down, love birds lament of a decision that was made hurriedly. It is vital that individuals understand how they relate to each other in their marriage relationship. This would aid in avoiding any confrontations that would have been avoided earlier. Below are several signs that indicate that your marriage will not work with your partner. There are also tips provided in circumventing these challenges.

1. Did you get married too quickly?

There is a certain joy that one feels when they get married. As a result, many people rush in to make this decision without actually thinking twice. When two people get married soon enough, this means that they would have avoided the necessary steps in getting to know each other.

Consequently, getting married after e.g. knowing each other after a year or two is risky. This increases the chances of your marriage failing. Relationship experts recommend that couples should take time to know each other before taking their love affair to the next level. Undeniably, taking precautions to know the ins and outs of your lover guarantees that you would be freeing yourself from frustrations later on.

2. Both of you are polar opposites

While it might be true that opposites attract. In certain cases, it is a recipe for disaster in marriages. When things appear to be off track between you and your lover, this could be regarded as a red flag. This happens when you tend to hate what he considers as a hobby. For example, his/her drinking behavior is what you loathe. This could cause a huge rift in your marriage down the line. At first, this could appear as an exciting life since they would be introducing you to a life that you have not been accustomed to. Nonetheless, when things get serious in years to come, chances are that this marriage will go down to the trenches.

3. Is he/she changing for you?

In addition to the above, there is a scenario where one partner in the relationship compromises a lot just to make the other happy. Well, when this happens you should not be happy. This is a warning sign as your partner could get tired along the way. Remember, when you say “I do,” this implies that you solemnly agree to live together for the rest of your life. Thus, compromise is a two way traffic. It ought to come equally from both ends.

There is also another way of gauging whether your relationship is meant to last or not. This is through the manner in which you communicate to each other when you are at loggerheads. In this case, if your partner plays the silent treatment card on you, this could be regarded as a warning sign. This is a clear indicator of poor communication within the relationship. Silent treatment does not bring in any solutions to the relationship. On the contrary, it brings feelings of resentment from either ends. Therefore, couples are advised to always sort out their problems by communicating openly about them. 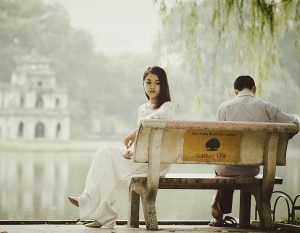 Let’s be honest, in the digital age that we are living in, there are passwords that are required all over. This could be in your smartphone, laptop, online passwords and many more. When your partner keeps changing these passwords without informing you e.g. on their smartphone, this indicates that that they are hiding something. Keeping secrets from each other signifies that lovers do not trust each other. Also, it demonstrates the fact that lovers lack honesty towards each other. This is the point where each partner drifts away from the marriage relationship and before you know it, you are filing for divorce. 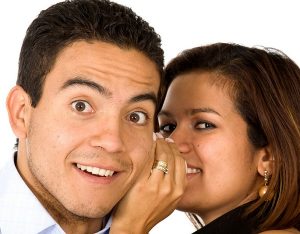 Another sign that you are set for disaster is when there is lack of commitment in the relationship. When one of the partners fails to prioritize their marriage, this could give the other individual the impression that they are not serious. For instance, when the man prioritizes his work, the extended family or friends, the woman would feel neglected. Without doubt, one gets tired of waiting for you to change. The next time you go out with friends, you might find that they have packed their bags with a note on the table. For that reason, showing each other commitment will portray some seriousness in the relationship.

7. Lack of conflict in the marriage

8. Negative comments from friends and family

Where there is smoke, there is fire. This is a phrase that you might have come across before. In real sense when your friends and family have negative comments about your relationship, there is something wrong somewhere. If they keep pointing fingers that your relationship might not work, you ought to be wary about this.

Bearing in mind that love is blind, this means that you might not be aware of the trouble in your marriage until you are told by other people. Hence, it is a good thing to sit down and contemplate on what your friends and family are saying about your love affair.

All in all, marriage is a step that one should make after careful thought. This implies that this is not the time to make any impulse decisions. They say follow your heart but you would also have to consider what your mind thinks.

With the above mentioned signs that your marriage won’t work, take note of how to solve these challenges. Giving up is not the solution. If you fell in love with each other for the first time, then you can also do it for the second time. It is just a matter of meeting in the middle and making things work.

Contents show
8 Clear Signs Your Marriage Won’t Work
1. Did you get married too quickly?
2. Both of you are polar opposites
3. Is he/she changing for you?
4. Silent Treatment
5. Keeping lots of secrets
6. Lack of commitment
7. Lack of conflict in the marriage
8. Negative comments from friends and family
Conclusion
Share