Marriage – a centuries old union between two people which connotes the concepts of love, fidelity, commitment, partnership, etc. In the past it was used more as a business transaction, a way to gain power, an agreement between families, a peacemaker, or a cultural tradition. These types of things even happen today, but in the last century or so, marriage has become more and more romanticized. It has turned into this thing where it must be done for love.

The argument is that if one is going to spend the rest of their life with someone, they might as well love them. It will make it much easier. But, there are also many who don’t believe that’s necessary for a good marriage. And even further still, there are those who think marriage is a ridiculous thing and pointless in today’s day and age.

In the past, in certain cultural or religious groups even today, there was a difference between the married state and the single state. In the single state, partners were not allowed to live together, and it was very much frowned upon to have any type of sexual relation before the actual marriage took place. This rules still stand today for many people.

But, after the cultural revolution we had in the west in the 20th century, there aren’t really that many rules anymore. Depending on the location, sex is still a taboo subject. But, now, people are living together, having sex, even having children, without the bond of marriage. So, what’s the deal? Is marriage useless anymore? Or does it still serve its ancient purpose? Let’s take a look at both sides of the argument.

Now that we are free to do whatever we like in the west, whether it’s having heterosexual or homosexual relationships, whether its relationships with an object or multiple people, almost anything goes. People live together, bind their finances together, and have children all without the societal dictate of marriage. What’s the point, then? It’s an old, archaic institution that just doesn’t make sense anymore.

One layer of this argument is that people don’t need a piece of paper to tell them to stay with their partner for life. They’re perfectly happy making a commitment without the confines of marriage. They don’t need to prove it to anyone that they love who they’re with and want to stick with them. They feel like people only get married to please other people or to show off and have a big fancy wedding. That feels pointless to those who subscribe to this argument. For them, they can pursue a life of fidelity, commitment, and love without having to say, “I do” in front of a crowd.

Another layer is the fact that people don’t want to make that commitment. They enter into the world of relationships with more of a pessimistic attitude. Because it’s difficult to commit to one person physically and emotionally forever and ever, people don’t think it’s realistic. They want to keep their options open and have lots of relationships if they want to. So, in this way, they don’t believe in marriage and think it’s obsolete.

And a third layer to this discussion, is that for some people, this view of marriage comes from bad memories or bad associations with marriage. They could be bitter about a poor marriage in their own lives or in the lives of someone close to them. It can be a very strong indicator if one’s parents had a bad, difficult, or unsuccessful marriage that they also will have difficulty with the idea of marriage. So, for them, marriage doesn’t work, and it shouldn’t even be attempted. 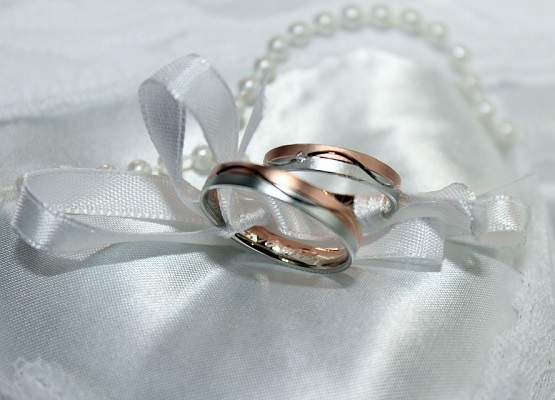 Now, let’s move on to the romantic side..

No – Marriage is not obsolete. What’s cool about true love is that it can fight through almost any obstacle and still come out on top. Or so, this is what the believers think. For them, there’s so much bad in the world, why can’t we remain positive and search for that true type of loving, committed relationship? They believe in the power of love, and they find the idea of living a love with one other person is a romantic and even possible idea.

Perhaps for these folks, they’ve seen positive marriages in their lives. They believe in the possibility of fidelity, love, and commitment forever. These are the types of people that believe in the “you just know” theory when one meets the person that they’re meant to spend their lives with. They subscribe to the ideas put out by romantic movies and books and expect their happy endings.

Also, they may be desirous of this type of commitment in their own lives. Maybe they don’t want to spend a life of dating around or even sleeping around, and are perfectly content to meet someone they love and care about and to spend their lives with them, committing to them. It doesn’t have to be because they’ve seen positive examples or that they believe in fairy tale romances. It could be simply because they want this for themselves. They want to grow old with another person and bind their lives with them.

Further still, for these romantic folks, they’ve actually found the right person. It’s easy enough to be bitter and cynical when one has been spurned in a past romance or if they haven’t found someone they’re even remotely interested in committing a lifetime to. But, for people who actually are dating someone they can visualize a life with, they are willing to get married, and they want that piece of paper to show it!

Relating to the arguments above about marriage being obsolete, some people don’t feel it necessary to prove their marriage with a ceremony or certificate. But, for those who believe that marriage is still important, they think it actually helps to encourage further commitment and fidelity. Now, one person can’t leave as easily as they can in a regular dating relationship.

A marriage is legally binding and can take a bit of work to get officially out of. This is what scares the marriage doubters. They don’t like to feel tied down. For people who are ready for that binding, they think it’s necessary to set a regular romantic relationship apart from their marriage.

There are so many different layers to the arguments about whether marriage is obsolete or not these days. The world is a constantly changing and evolving place, and everyone has their own opinions about it which are affected by culture, upbringing, religion, society, media, family, etc. But, marriage has gotten a bad rap in the past. Marriage throughout history brings up images of abuse, gender inequality, rape, domestic violence, forced nuptials, divorce, and the list goes on.

But, there are some who have made it successfully and have good things to say about this institution. And, the amazing thing about marriage is that it continues to exist even in 2017. Despite people’s bad feelings about it, and the high rate of divorce, etc., it still goes on! People still WANT to get married. They still head up to the altar and take the vows and have in their minds to try for a lifetime of commitment.

But, it does seem to be out of place in today’s society. People don’t take it as seriously and as solemnly as they should. They don’t listen deeply to the vows that are used in western ceremonies: til’ death do us part… So, they treat it as any other relationship and maybe don’t put forth the commitment effort they should. But, either way, whatever argument one may subscribe to, the following is simply true: don’t get married if it doesn’t feel right or if it’s not the right person or if it’s something that doesn’t feel necessary to the couple. It will only bring difficulty and misery. But, for those who are ready to make that commitment, have at it!

Contents show
Is Marriage Becoming Obsolete?
Yes-Marriage is obsolete now
Now, let’s move on to the romantic side..
Share