Being a Cynic – 6 Negative Effects

Why Is it Bad To Be a Cynic?

To all those who think nothing is possible and that people do things for their selfish interest, this piece is for you. Wait, even idealists can pick something from this. I see cynicism as a self-destructive tool hindering the progress of many people. Some people have lost their jobs, relationships, and dreams all because of cynicism. Here are some adverse effects of being a cynic.

There may be an exception in every scenario, but going by the numbers, cynics are mostly unsuccessful. When I talk of unsuccessful I mean in business, building a family, finances, and even happiness. They harbor doubts and mistrust, disbelieving anything they come across, and that is a hindrance to their success. They prefer to blame others for their failures and don’t like taking chances.

2. They are Distrustful and That Causes their Downfall

Cynics are very distrustful in almost all aspects of life. They don’t trust the system and even the people around them. They prefer to live in their small world, minding their own business. With this, they are unable to share plans with others if they have one. Yes, they think others will steal their plans when shared. With their distrust, they don’t receive help, ideas, and support from other people, and that causes their downfall.

3. Becoming Angry for no Apparent Reason

They are always angry about one thing or the other. When things do not go in their favor, they begin to come around. More often, they complain and rant about things they have no control over.

Talk of slash in salaries, and an increase in workload among several others. When such a situation arises, they get angry and undermine whatever they feel is not in their favor. To them, their current condition is a conspiracy against them. Seeing the positive side of such a situation and working towards it would rather help in their development.

4. Being a Cynic Hinders Progress

The last time I checked, none of the top CEOs, business executives, researchers, and entrepreneurs were cynics. No, a cynic cannot conceive the dream of becoming a great person. I don’t think Bill Gates is a cynic; neither was Steve Jobs. Cynics undermine their capabilities and believe nothing is possible. They want to be where they are. Not that they are not capable, but they are just cynical.

5. They Can’t Maintain a Healthy Relationship

With their negative way of thinking, they believe everyone is just like them. They think all men or women are crazy and cheat. They, therefore, go into any relationship with distrust, and that causes the failure of their relationship. With a little mistake from their partner, they blow it out of proportion and see it as a confirmation of their preconceived notions. 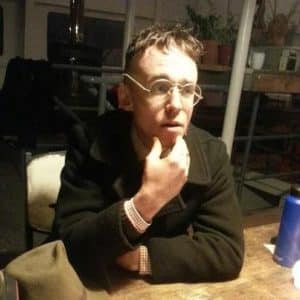 6. Always Complain about their Job

Cynics are more lackadaisical in their work. They don’t work wholeheartedly and always think their effort is making their boss richer. At a point, they would even want the company to fail. But, they forget that they will be jobless when that happens.

This normally happens when they have to overwork to meet a deadline. It is a fact that stress from work can cause “corporate cynicism” and we are all culprits at a point. But, cynics have made that a habit and that hampers their promotion at work.

It is obvious that nothing good comes out of being a cynic except, remaining in self-dilution. It causes more harm than good and cuts you off from reality. This is the last thing any serious person would want.

Contents show
Why Is it Bad To Be a Cynic?
1. Cynics are Mostly Unsuccessful People
2. They are Distrustful and That Causes their Downfall
3. Becoming Angry for no Apparent Reason
4. Being a Cynic Hinders Progress
5. They Can’t Maintain a Healthy Relationship
6. Always Complain about their Job
Share