Dating a Vegan – Things to Know

Dating A Vegan – Can A Meat Eater Do It?

For whatever reason, many people are trying hard to be meat-free. Day in day out many people are jumping on the vegan train relying much on plant-based foods. But some are due to health concerns, and for others, it is a change in lifestyle. Dating a vegan comes with its pros and cons.

As the number of vegans keeps increasing, it is more likely you are dating a vegan even though you are omnivores. So how do you come to common terms when you find yourself in such a situation. Dating a vegan is like any other relationship. The only difference is that you eat meat while he or she does not. Now, here are some tips when dating a vegan.

You chose to be omnivores, and he/she decided to be a vegan. So, respect that decision without questions. As already mentioned the decision may be due to a change in lifestyle or health. Some people are also born vegans and have never eaten anything meat in their lifetime. Respect their choice and never try to convince them on how delicious hamburgers are.

Vegans would find it offensive if you decided to bring meat close to them, as in wanting him/her to have a bite. Yeah, he/she wouldn’t ask you to stop eating meat. But, eating it right in their face is unacceptable. As partners, you must set healthy boundaries so that both of you feel comfortable.

3.  Dating a Vegan – Need to Compromise

You may have to compromise in some ways when dating a vegan. Some vegans may not even want to see meat. This means you can’t bring meat to the house. You may not be able to visit your favorite restaurant with him/her because the restaurant serves meat and many other compromises. You need to discuss this issue with your partner to reach an agreement as to the level of commitment you can endure.

4. Have an Open Mind

Be ready to ask and understand why he/she chose to be a vegan. Some people have negative perceptions about vegans due to the activities of vegan activists. There is more to being a vegan than the mere activism some people have taken up. There are different types of vegans, so you better drop any preconceived notions and accept the type your partner says he/she is.

5. Check Before You Buy

It is a wonderful idea to get your partner something edible especially when you go out without them. However, you should check what you buy for them. Many products on the shelves including condoms are non-vegan since they have some amount of animal fat in them.

Even though your vegan partner would be smart enough to read the label, you can save them that stress. You can also protect yourself by asking him/her what to buy because some ingredients are coded and you need to be technical to understand. 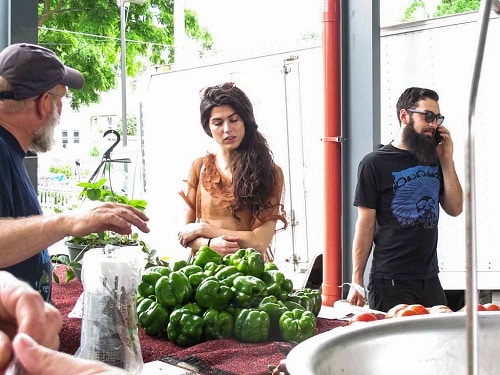 Don’t get me wrong, giving it a try doesn’t mean you should also become a vegan. Unlike your vegan partner who wouldn’t try eating meat, you can try some vegan foods since it wouldn’t change anything. You can join him/her while eating or ask them to prepare you a special vegan meal. I hope the taste of food won’t make you change your mind.

Take it or leave it, but vegans can be foodies. While you love to enjoy your meat, they are food-focused. They can cook your wonderful vegan meals, which you would love to enjoy. Don’t worry if your vegan partner invites you to vegan fares to enjoy what he/she has been enjoying all this while. Don’t be surprised when you see him or her packing vegan foods when you take them out.

As already stated, you wouldn’t need to read a relationship encyclopedia to be able to date a vegan. But it is like any other relationship! Just respect their choice and don’t take meat near them. Also, be extra vigilant when buying them a food product.

Contents show
Dating A Vegan – Can A Meat Eater Do It?
1. Respect Their Choice
2. Set a Boundary
3. Dating a Vegan – Need to Compromise
4. Have an Open Mind
5. Check Before You Buy
6. Try it Out
7. They Like Food
Dating a Vegan: Summary
Share