Most Common Time Of Year That Couples Break up

Love knows no boundaries. It can happen to anybody at any moment and on any day of a year irrespective of the day’s socio-cultural importance or its political relevance. You never know when Cupid will strike you with his flowered arrow. A relationship starts and flourishes without giving any undue attention to the particular date when it all started. All relationships are not continued forever. In today’s generation and especially in this day and age, the average lifespan of a relationship is minuscule. Let’s read more about the breakup season.

The break-up between couples is frequent. The most interesting part of all these break-ups is that the percentage of break-up is very high during some certain periods than at any other time of the year.

Extensive research and gathering of information from social media platforms revealed the fact that there is a spurt of break-ups during a certain point in times of the year compared to other periods of times. We have analyzed the data on breakup season so collected, and the results are being enumerated as follows.

The concentration of break-ups before, during and after the Valentine’s Day is pretty high. People expect a lot from this day. It is a special day for lovers’ world over.

People want to celebrate this day like never before. Sometimes the pressure of such high expectations spells doom for a relationship. The disappointment of unmet expectations causes resentment among couples which eventually become the reason for their break-ups.

Furthermore, Valentine’s Day, being regarded as a sacred day for romancing couples, some people prefer to take stock of their relationship status on this particular day. If they find the relationship untenable to continue, they end it then and there.

Most of the colleges and universities start their new semesters during the spring season these days. Students try to warm up to the season by making themselves available for a new relationship. They dump their old relationship in the process. Weather also takes an important part during this emotional transition period.

As the weather warms up with the advent of the season, secretion of the relevant hormones increases and starts kicking people to jump into a new relationship. Unfortunately, with the quest of such relationship, the old relationship silently takes adieu.

Lovers forego their old relationship by breaking up with their existing partner during the season and create space for a new relationship in the process. This breakup season is often referred to as ‘spring-cleaning’ by today’s generation.

The first day of April is supposed to be a fun-filled day with people trying to fool others with every sort of pranks available in their arsenal. However, many people choose this particular day for parting ways with their partners.

It is difficult to fathom the logic behind such break-ups on this particular day when the day is meant to make fun. Maybe it’s a sort of prank to some people.

Monday is the first day of a week. It comes after two days of weekend break. People generally enjoy these weekends and try to start anew for a hectic new week on Mondays. If the previous two days proceedings regarding their relationship are not satisfactory and instead scattered with incidents of confrontation between couples, Monday plays the perfect role of a spoilsport for the relationship.

The pressure of starting a new week in office and the disappointments of the weekend, all start having their effect felt on the status of the relationship and often causes the inevitable break-up between the couples.

Summer comes after all the season of holidays is over. People tend to gear up to the season and starts wearing scanty clothes. The increase in the intensity of the sunlight assumes significance as it increases the secretion level of mood and arousal regulator hormone Serotonin and Dopamine.

The production of the libido enhancing hormone Testosterone also increases manifold due to the effect of increased level of sunshine. After having spent the holiday season, it is that time of the year when people try to scan and analyze the status of their relationship. Some relationships survive, but many get terminated. 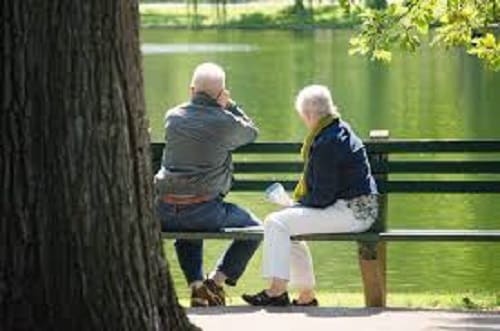 Summer breakup season is a common phenomenon among the celebrities. They find it difficult to hold their relationship any further having enjoyed the holiday season together.

6. Two Weeks Before And During Christmas

Christmas is a season where people plan to introduce their partners to their respective families. When people realize the fact that his/her partner is unsuitable for such introduction and are unable to add values to their relationship/lives, they tend to bid farewell to their partner.

This is generally done two weeks before the Christmas holiday to avoid any last moment discomfiture. Again, during the Christmas, people celebrate with all their near and dear ones gathered together. Continuation of any relationship during this season depends solely on the utility of the relationship to their respective partners.

Break-up percentage is at its lowest ebb during the Christmas. But is quite high around two weeks before Christmas. The reason being no one wants to break-up during Christmas.

The above analysis on breakup season is solely based on the information gathered from individual profiles of social media platforms especially Facebook. It has also been observed that the lowest amount of breakups occur between the end of July and the beginning of October and the highest during spring and right before the holidays.