A conservative, being male/female can stand on their feet in taking a bold decision. No matter what the consequences, they do not know how to bend to pressure from any powers. They can voice out their opinions without fear or favor. A conservative will never be ashamed of your social status when they have a higher status than you do. Once they get hold of you, all that matters will be you and nothing else. They will not force you to change and will introduce you to family and friends just the way you are.

2. Feminism will not be her Thing

A conservative woman knows how to get things done on her own and believes there is nothing like men downgrading women. Yes, she doesn’t mind opening the door while on a date with a man. But definitely, the guy will need to show care and respect. They do not want to be a sort of burden or attention seeker. So, you are likely not to find her championing feminism since they try to empower themselves and live comfortably on their own. Having such a woman as your significant other will be great.

3. They are Money Conscious

Being money conscious, especially when you have little resources, is very important in these bad economic situations. Though issues with money is not a basic requirement for relationships, it would be good to have someone who spends within their means. This will prevent debt in the future, as there will be nothing like spending on things your budget cannot support.

4. They are Independent Minded

Conservatives always want to be independent. They are self-sufficient and mostly want to do things on their own. So for example, if you get to date a conservative woman, she wouldn’t want to be a burden on you even though she may need your inputs sometimes. She wouldn’t want you to be doing everything for her. And, in fact, she prefers living a fulfilling life. So, you can be out as long as you can without having her calling to pressure you to return home. They also prefer you being independent.

6. They hold on to Standards

Conservatives do not settle for any mediocre of inferiority. The best phrase to use here is, “they have great taste”. Bei it a conservative a man or woman, they will not just push aside their values and accept anything less. You may be Bill Gate or Mark Zuckerberg, if you don’t meet their standard, forget it. They will rather go in for a poor person than a rich spoilt brat.

7. You will be Safe when Dating a Conservative

A conservative will go to any extent to protect their loved ones. Even if that would demand him owning a gun or a bow and arrow to do so, they will go in for it. He won’t allow anybody to disrespect or harm you under any circumstance. They will always be there for you when such a situation arises.

This is probably because they know what they want in life and would not allow anyone to force things through their throat. Conservative are daring and ambitious people. They set out goals and work assiduously to achieve it without allowing anyone to bring them down.

9. They Uphold Tradition and Culture 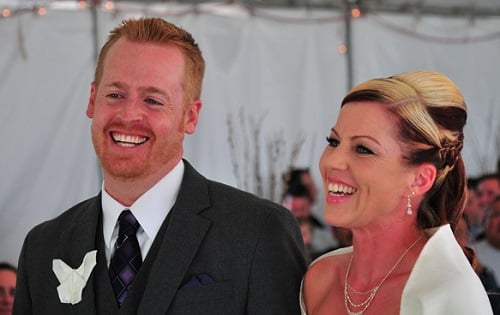 You are impressed, right. A conservative partner can be a real bae who will always get your back. Aside from upholding their values, they have a lot in stock for you. The next time you meet a conservative person, open up to him or her.