Are you Dating A Female Activist?

First of all, those days, where women were stereotyped and had no voice in society, are gone. For centuries, women have fought for their rights of inclusion, education, good health, among others. We call it feminism, but they call it a struggle for equal rights. But, it has inspired many women to be involved in jobs, which were men dominated for many years. Now, so many women are in politics, medicine, and the many other fields, which were meant for men. So, let’s find out more about dating a female activist.

How did they achieve this? It was through activism! Women activists seem to be the new good. Many women groups are demanding one thing or the other. It is not easy as it seems, but giving it up is the last thing, they will do. They have gone through the struggle for years, and it has become part of them. So, how is their love life like? What does it take to date a female activist? If you want to date an activist, here are some things to consider.

Dating a Female Activist: The Truths

1. Fight For Their Rights

Also, they are always fighting for one thing or the other. A change in the law, the introduction of a new law, and many others. They know they are right and will fight for it, no matter what. So, don’t expect her to relinquish her rights for your happiness. Thus, never try to restrict or dominate her in any way. She would rather leave you than to give up on her rights.

Certainly, being an activist is a path she has chosen, and they rarely give up on it. Just as she can’t stop you to relinquish your beliefs, don’t try to stop her. She took that decision some years back, and your few years of her life can’t change it. Thus, the best thing you can do is to support her or just let her be. 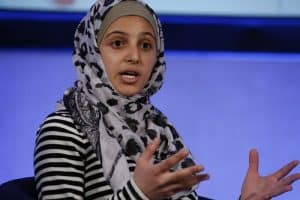 Almost all women activists are successful in their various field of work. They get involved in activism, not for their selfish interest. However, they are passionate about what they do not for the betterment of weak women in the society and future generations. So, know that she is not just an activist but also successful. If successful women scare you, then don’t try dating an activist.

4. Dating a Female Activist is Complex

Finally, activists sometimes fight for causes, which may seem absurd. Hence, this shows their level of complexity and how far they can go even on trivial matters. They are complex, so would expect you to be complex. But, you must know your way around things and think on your own. If they choose you, you are lucky and unlucky at the same time.

5. They Know What They Want

Female activists have a target and know how to achieve it. They will accept you for a reason. However, you must live up to it. Never think all women are the same and have the same demands when it comes to dating. Because an activist may want to see something different. She wouldn’t need your money but your ultimate support. Keep that glamorous lifestyle to yourself because she wants to see results and not a luxurious lifestyle. They are just special.

Activists are passionate people who won’t rest until they achieve results. They can’t rest while there are injustices in society. They won’t quit until there is gender parity, education for all, and many other challenges. Activists don’t fight only for the course of women and children but sometimes for men. They want a free world in which people are free to move, free to choose their orientation, and free to live.

7. They Don’t Settle for Less

Certainly, they don’t settle for anything mediocre. They always fight for the best and want nothing but the best. This makes dating an activist even more difficult. She expects much from you, so would not overlook your mistakes. Don’t expect her to keep quiet when you misbehave towards her or do anything contrary to her beliefs.

Probably this is mostly going to happen if she is a feminist. Almost many men feel uncomfortable with feminist activists. Hence, it is mainly due to the trenched positions. However, no matter which form of activism she is involved in, you guys would have reasons to debate sometimes. You may disagree on several issues but don’t expect her to easily.