Dating a Feminist – Clear Your Misconceptions!

Things You Should Know Before Dating Feminist

The feminist movement has recently become one of the vibrant changes in the world. This campaign has seen many prominent figures joining to campaign for equal rights and dignity of women as compared to men. They are advocating on social issues, including gender discrimination, domestic violence, abortion rights, women’s health and the right of women in third world countries among several others. Are you dating a feminist? Let’s see what you are in for.

Due to their posture and mindset, they have made themselves very difficult or almost impossible to date, especially by conservative men. Yes, it will be tough for a conservative man to find a place in a feminist woman’s heart. Before you date a feminist, here are some things you should know.

1. Stay away if you are Conservative

Feminism and conservatism are a mismatch, and it has proven to be true. The two have opposite beliefs, and it will be challenging for those views ever to converge.

If you are a conservative, walk away from a feminist before you guys put yourselves into endless banter. As a conservative, you believe traditions and culture must be upheld while the feminist is seeking changes especially with those related to women.

2. They Don’t want to be Treated as less privileged

One basic thing a feminist hates much is to be treated as a less privileged person. To them, whatever a man can do, women can also do it and even better.

They wouldn’t want you to see them as weak and needs help. Even though women are seen as the weaker gender both biologically and culturally, a feminist thinks otherwise.

3. They are Expressive and Don’t Cut them short when doing that

Feminists expect to be given the time to articulate their views and positions correctly. They believe that through this, you can gain a deeper understanding of what they stand for and their ideologies.

A passionate feminist would always want to brief you on how unfairly women have been treated for centuries. They do this to change your views on gender and try to put you on the same thinking level. So whenever she tries to speak, give her time to do that.

4. You need to be on their Thinking Level

If you are dating a feminist, then you have to be on the same thinking level. It may be complicated for you to accept men and women equality. But that is what they are championing. The best you can do is to be at their level and understand their point of view. Even if you don’t support that idea, there is no need to debate her on it.

5. Avoid the Preconceived notion about Feminist

We all sometimes believe that a feminist may at any least opportunity debate you left, right and center just to put across their views. That is not always the case and remember that there are individual differences. Yes, some may choose to do so, but it does not cut across.

So even before you go on with the date, be open-minded and clear your mind of all the misconceptions and preconceived ideas of feminism. As they always try to say, feminism is not gender specific.

The payment of bills at home has solely been the responsibility of men. The new crop of feminists thinks otherwise. They believe “since we all use it, we can all pay.” Despite the gender pay gap, some working-class women would also want to fulfill their duty of paying bills sometimes.

So don’t be surprised if she chooses to pay her bills after a date or decide to split utility bills with you if you are living together.

7. Using “Romantic” names on her

Most men do this thing, especially on the first date. They prefer to address women with darling, babe, honey, sweetheart, etc., but some feminist considers that as an outdated way to address women. They sometimes argue why such words are not used for the other gender but women. it makes them feel like they are weak or just a way of according them “fan for respect.”

On the first date, every man would want to open the door and pull the chair for the lady. This is a way of showing her courtesy. But a feminist will not be enthused with that. 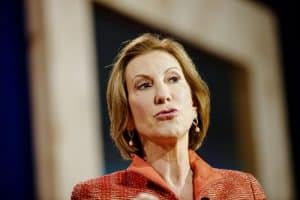 Even though she might not stop you from doing that, never think you are doing her a favor. They believe they can pull the chair and open the door on their own and even for you.

9. She will always talk about Equality

The first mantra of all feminist group is “equality,” and they will always champion that — equality in payment for both sexes doing the same job, equal privileges, and equal rights among others. They believe that this fight is more humane and just.

Contents show
Things You Should Know Before Dating Feminist
1. Stay away if you are Conservative
2. They Don’t want to be Treated as less privileged
3. They are Expressive and Don’t Cut them short when doing that
4. You need to be on their Thinking Level
5. Avoid the Preconceived notion about Feminist
6. Payment of Bills
7. Using “Romantic” names on her
8. Showing of Courtesies
9. She will always talk about Equality
Share