Dating A Scientist – 10 Things You Need To Know

How Is Dating A Scientist?

Scientists are the movers and shakers of the world. Their research and findings are what has made the world a better place to live. With this, they usually have less time to spend as their priority their work. So one would ask how dating a scientist would be like! Dating a scientist may come with many commitments and sacrifices due to the nature of their work. If you want to date a scientist, here are some things to know.

Scientists always embark on a project to make the world better and easier to live. So every time, it’s either a scientist is working on a new vaccine for a disease or a technology according to their field. This makes them commit more time to their research and may have less time for you. Except you are also a scientist with busy schedules and loads of research to do, you would mostly feel ignored.

2. They Won’t Always be Around

Also, scientists live most of their lives in the laboratory. I mean they spend more hours in the lab than at home. You may be lucky if he has a lab at home. But most often, they prefer to work outside to be able to focus on their research. They also work in teams mostly. So, working outside is always preferable. This means you would have to endure the cold nights alone mostly.

When you are looking for a curious person, stop, when you meet a scientist. Due to the nature of their job, scientists are curious about whatever they see. They pay critical attention to whatever they see, especially if it is of interest to their field of work. Even if it is not, they try to find out more about how it happened and recommend other scientists to look into it. So, be ready to make several stops over when you are dating a scientist.

Scientists are quick to accept mistakes as they come. There are times that their findings or theories are later found to be incorrect or inconsistent by other scientists. If all evidence proves them wrong, they are quick to accept it with a good heart. So, if you are dating a scientist, he would accept his/her mistakes when wrong; so be ready to do the same.

5. When They Know they are Right, Forget any Convincement

Just as they are humble to accept their mistakes, they also take a firm position when they are right. A scientist will defend a theory with his/her life if they are convinced with no doubt that they are right. So, never relent to accept your mistakes when you are dating a scientist. As he/she will prove you wrong with evidence, you would be able to learn something new.

All scientists do not think ordinary. While you are sleeping, they are thinking of how to solve a life puzzle. But they always believe there is something hidden in whatever exists and they work to discover it.

Take a look at all the discoveries of scientist throughout, and you will know that no ordinary thinker can come up with such ideas. So, as you try to hide something from them, they will work to uncover it. Thus, your secrets are no secret when you date a scientist.

7. They are Problem Solvers

By their effort and the sleepless nights they endure is to solve a problem. They research how to defy the law of gravity that resulted in the possibility to fly.

So, talk about the accidental discovery of penicillin and the many others were all problem-solving interventions. So if you have a problem, you can rely on him/her for solutions.

8. They Don’t Deal With Emotions

Also, scientists may not have emotions, depending on his/her field of work. For example, scientists in the medical field have no emotions when researching. Yes, they sometimes have to kill, dissert, and remove organs for their research work.

The last emotion they have can be detrimental to their research. So when they are dissecting a mouse at the lab, they know it can die, but that research would be needed to save more lives later.

Scientists are passion-driven, and that is what motivates them to do what they do. So researching into something is not an easy task and not a field for everybody. However, their passion to find a cure for diseases and solve other life problems motivates them. 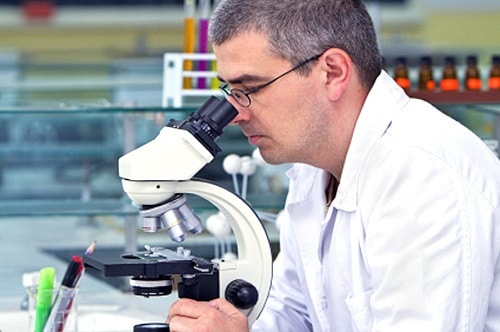 But, they can commit their entire life to find a single vaccine. You may be worried that they are wasting their time. But to them, that is better than staying idle to see people suffer.

10. They Can be Very Boring

While you are talking able the politics, they may be talking about new research findings. Thus, a conversation with a scientist can be very boring, especially those who take an interest in only issues related to their field of work.