Dating an Undertaker – Would You Ever Do That?

Dating an Undertaker –  Things to Keep in Mind

Probably, have you ever thought of dating an undertaker? Dating someone who works on dead people! This sounds scary and crazy right. Because, many people wouldn’t want to have anything to do with an undertaker for several reasons. Apart from giving the dead a befitting burial, they are human beings like all of us and deserve to be loved.

Taking their job aside, but do you know that undertakers can be sweet to be with? They are caring and hardworking, which is a requirement for every relationship. They have much to deliver if you don’t put emphasis on their job. Here are some reasons to date an undertaker. 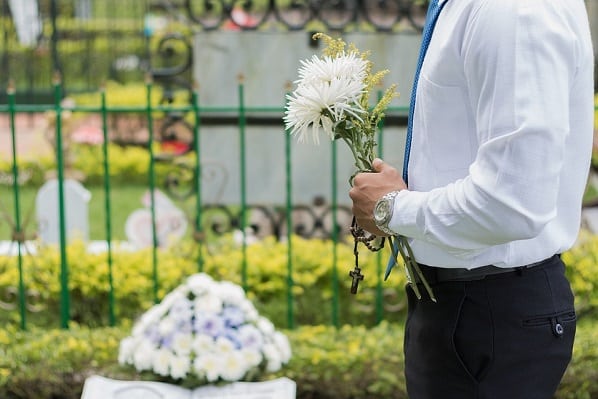 But all the undertakers are very caring people. This is evident in the way they treat and care for dead bodies before burial. If they can do this for the dead, why not for the living? He/she can bring the caring trait dating life. Be certain to receive the needed attention when you are dating an undertaker.

Hence, you can’t be an undertaker if you are not committed. Waking up early to prepare the dead for burial demands nothing more than commitment. They endure all the challenges, which comes with their job to ensure the dead has a befitting burial. He/she would show the same level of commitment when you finally accept the proposal.

They don’t pray for people to die, but when that happens, they get a job. Undertakers are hardworking. So, If you think their job is as easy as they make it look, try it on your dead dog. But enough of that. Who doesn’t want to be with a hardworking partner? Someone who can pay the bills and provide a comfortable life. Yes, it wouldn’t be a lavish relationship, but your needs would be met.

When rendering service is their hallmark, and they do that to perfection. When they find a way to bring back fond memories of the dead through different laying postures. With their gathered experiences, they give the dead, the last respect in the best possible way. So a person who loves to serve is worth being with.

5. They are not Materialistic

To undertakers, death comes but at once. But you live today and die tomorrow. So with this, they are not much into pursuing glitters. The big cars and houses do not enthuse them. They rather prefer to live a happy and fulfilled life than worrying about the luxuries. So, you wouldn’t have to spend a fortune on him or her during anniversaries to make them happy.

6.  Value Life and the Little Moments

An undertaker knows how death looks like, so they value the little moments. The little time spent with them is cherished because they know you may be gone tomorrow. Whenever possible, they prefer spending valuable time with their loved ones. The money can wait when there is someone to attend to. So he or she would be with you most of the time, and you will enjoy every single moment.

So, I love being around spiritual people. And, people who have eyes that transcend the living to the underworld. I don’t know if they believe in God because most of them are not religious. But, I believe you know the difference between being religious and spiritual. Because being spiritual is an important aspect of human life. So if you have a spiritual partner, he/she can easily lead you to it.

Never despise people because of the work they do. Each other’s work plays an important role in making the world a better place to live. But If you are interested in that undertaker, make in for him or her.