It is always challenging to lead a happy and prosperous family life. The challenge becomes more complicated and harder to negotiate when you decide to be a part of a stepfamily. The first time or rather a firsthand family thrives on the in-built bond. This develops among the family members over some time. The parents of a firsthand family usually get the required time to connect between them systematically and adequately. They also find and develop ways to share the workload of the family jointly.

However, in the case of a stepfamily, the scenario is somewhat different. The emotional baggage a stepfamily brings along with is a big hindrance. This comes in the way of a normal and healthy relationship among its’ family members.

Let us find the obstacles the family members in a stepfamily encounter. This happens mainly while raising their family. Also, find the solution to avert such step parenting problems.

1. Sail Through The Trouble Some Transition Period With Love And Care

Before the breakup, the children were living with their biological parents. They were accustomed to a particular way of parenting. This may not necessarily be an ideal one. However, with the change of their family, the children find themselves in unfamiliar surroundings.

Take a lot of patience, care and affection to groom the children during this transition period. Give the children time to settle in. Be reasonably patient with any antics. They may show after the change of their family.

Be kind, considerate and affectionate enough to understand the psychology of the children and act accordingly. The same logic applies in case of both the parents of a stepfamily.

Unlike the children, they also need time to understand each other. Going slow is not only an option in case of a newly formed stepfamily; it should be a reasonable compulsion.

2. Give Attention To Nurture Individual Relationship

Know your stepchildren well enough. Then you are in a position to cater for their well-being in the true sense of the term. Parenting also becomes much easier. It is essential to focus on developing an individual relationship for such an achievement.

Stepfamilies are a fusion of two families together. There are difficulties distinctive enough in the harmonious growth of a stepfamily. Until and unless people realize such difficulties, it will be hard for them to get along well.

You have to be cautious and realistic enough to set your expectation from a stepfamily generated out of a remarriage. Navigating successfully through such a reconstructed family requires a lot of skill.

Effective communication is the key to develop a common understanding between remarried couples. Such couples should not hesitate or be reluctant to discuss delicate or controversial subject matters between them. At times there may be serious differences and conflict between the two.

However, do not let the fear of such conflict or misunderstanding deter you. Communicating and discussing all the necessary topics is important for the benefit of the family.

5. Find Activities Which Can Facilitate Bonding Between Step Parents And Stepchildren

Stepparents should not feel out of place while dealing with their stepchildren. It is important to identify activities such as different types of sports or some form of domestic activities like lawn mowing, which both stepparents and stepchildren like to perform together.

6. Acknowledge The Feeling Of All Family Members

Share discussion regarding family matters and decisions. All the members of a stepfamily should be at liberty to speak their mind.

Allow and encourage to give their version regarding a particular discussion. Give their opinion the due weight and respect. 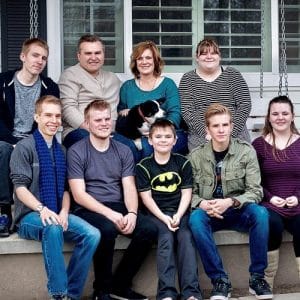 A difference of opinion is inevitable in most such discussions. However, there should be an open and frank nature of the conversation between the family members. This will strengthen the bonding among the members. And, no member of the stepfamily will feel let down by the action of other family members.

7. Show Respect For Other Parents Also

Never utter any disrespectful word regarding any other family, first hand or step, in front of your children. Sometimes, out of sheer anger, despair or at the spur of the moment, people tend to forget their bearing. They utter derogatory, insulting words for other parents.

Avoid such negative behavior at all costs. Children are at an impressionable age. Undesirable incidents leave a long lasting evil impression on the minds of the children.

It is best that no such wrong impression or image influence the young, tender minds of our children. We should be proactive enough to avoid such step parenting problems.

It is eternally true that stepfamilies face a steep hurdle. They need to overcome the difficulties due to the sheer nature of such families. However, you need proper guidance, planning and careful execution of the planned course of action. Then, one can safely negotiate through the thorny journey called stepfamily.

Contents show
Understanding The Blended Stepfamily
1. Sail Through The Trouble Some Transition Period With Love And Care
2. Give Attention To Nurture Individual Relationship
3. Set A Rational, Realistic Expectation
4. Listen And Communicate Well
5. Find Activities Which Can Facilitate Bonding Between Step Parents And Stepchildren
6. Acknowledge The Feeling Of All Family Members
7. Show Respect For Other Parents Also
Share