Have you ever wondered exactly what people mean when they refer to a person as their “Partner?”Another term that is used quite frequently (usually when raving about someone) is their “soul Mate.” My friends say things to me like “My new boyfriend is my Soul Mate!”

On dating sites, people proudly announce usually in their opening line, “I’m looking for my Soul Mate.” What does that mean? Wouldn’t it be just as exciting to meet their forever “Partner?” After doing a little digging around our” friend,” known as The world wide web, I’ve discovered that the answer to that last question of mine is a big…Apparently NOT!

1.  An Insight on Partner Vs. Soul mate

I used to think that the only difference in a Partner versus a Soul Mate, is that a “soul mate” sounds a little more important or official than a “partner does.” After reading several definitions in all types of different dictionaries and sites, I have learned that the two terms could not be more opposite if they tried to be! 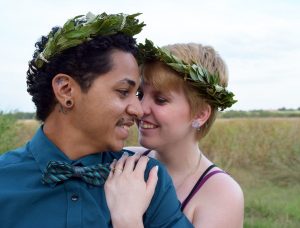 The Marriam Webster learner’s dictionary which, used to be the most popular dictionary of the English language, seems to be a bit outdated these days in comparison to the new hip and modern book called “The Urban dictionary.” The Webster writers would, as my great grandmother used to say, “Turn over in their graves” if they knew how drastically our once traditional American language, has taken a turn for,( in my personal opinion) the worse. I found the contrast in the two dictionaries rather amusing to read.

Webster’s definitions are pretty cut and dry, and straight forward when defining both of our terms of interest. Allow me to paraphrase the definitions that I discovered.

2. Definition of a partner and soul mate by the Webster Dictionary

A partner is A person who gets involved with another, and the “partners” especially in business, have shared risks, profit, and responsibilities tied to the project in which they undertake together. Other popular terms used are, Colleague, associate, co-worker, team mate, and even comrade or collaborator.

Well Mr. Webster, What about the definition where a partner means Spouse? That definition is listed in Webster’s under “Synonyms!” What is going on here????! I then looked up “Soul Mate” in Webster. Here’s what I found.

“A soul mate is A person who is perfectly suited to another such as a close friend, or even a romantic partner. The terms first known use was way back in 1822!!!! Well, that definition is far less romantic than I had thought it would be! Since I felt not at all happy or satisfied with those dry, somewhat meaningless definitions, I set out to find some other source for modern definitions. And there it was, The Urban dictionary!

3. Definition of a partner by the Urban Dictionary

In the Urban Dictionary, a Partner is defined as “a person who’s very similar to a boyfriend or girlfriend,” only COMPLETELY different! If I were texting this to someone rather than blogging, I would have included “LOL” after that definition! Here’s where the entertainment comes into play. 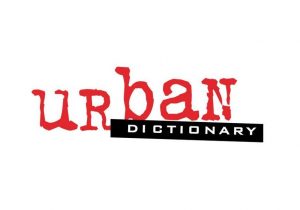 A partner was painted out to be someone who means very little to the other person and is often someone that is being used or taken advantage of for meaningless, dirty, emotionally empty sex. A partner is also someone who facilitates ladder climbing for the partner that they call the “One with the power.” “One with the power” meaning the one who cares less, has the advantage or all of the power in the relationship to walk away from it because they care far less about their “Partner” than the “partner” cares about them. What a mess!

It goes on to say that “Partners” in the straight community, frown on dating in the traditional sense, and find things like courtship, monogamy, commitment, and equality in relationships are viewed as outdated and boring. Their primary focus, when involved with a “partner,” is the pursuit of their pleasure. One day your partner will desperately “need” you, while the following day they might kick you to the curb and start having sex with lots of other “Partners” if they aren’t doing that already. “How horrible!” I thought. I was almost afraid to look up “Soul mate” after a partner was such a bad thing but, nevertheless I was pleasantly surprised at this definition.

According to the modern Urban dictionary, finding a “Soul mate” is one of the most rewarding, life changing, most significant and satisfying thing you will EVER experience in the course of your life! The connection with a soul mate is instant and extremely intense on every level imaginable, and something that most people have never experienced before the very moment in time when they finally first lay eyes on their soul mate. Wow! Where do I get one????? I want that too but then again, don’t we all?

I have to give the Urban dictionary credit where it’s due. The people who write those definitions keep it real, for sure. They make finding your Soul mate sound just like a Nicholas Sparks romance novel, only more condensed! I fully enjoyed my research on this subject, and I owe it all to them.

5. A final thought on Soul Mates

There is a story out there that says when a soul descends to earth, the soul’s spirit splits in half, and each spirit inhabits a separate body. The two souls even though split apart, never will be complete until the day that they finally find each other.

How beautiful and perfect the very idea of a soul mate as painted in the story above is. Okay everyone, now you know what your mission in life is. Now get out there and find that other half of you! And by all means, stay away from people who want to call you their “Partner.!”