Marriage can be a wonderful thing. Have you ever wondered where the idea has come from?  This ancient tradition dates back to Egyptian and Roman empires. Some of the traditions are still present. Read about the 10 most interesting marriage facts and see for yourself.

#2. When to move in together

Living together can tell you a lot about the other person. But a recent study found, that couples who move in together before engagement have a higher risk of divorce. Try this FLAMES love test.

#3. What is most important

What is most important to you in your marriage? By surveying married couples, researchers have found out that for spouses the most important thing is trust. Besides that, people also often name friendship, laughter, forgiveness and compatibility as important parts of the marriage.

#4. Does marriage make you happy?

Do you believe you will feel happier after you get married? In a 15 year long study, researchers found that the level of person’s happiness before wedding is the best predictor for future happiness. Basically, getting married will not make you happier than you already are.

Your dream wedding probably includes a lot of things, which put together can cost a lot. Turns out that couples who spend a lot of money on their weddings also have a higher divorce rate. In US the average cost of wedding is $ 20,000 – same as a divorce. It might be time to reconsider some of your plans. Find your lucky marriage date. 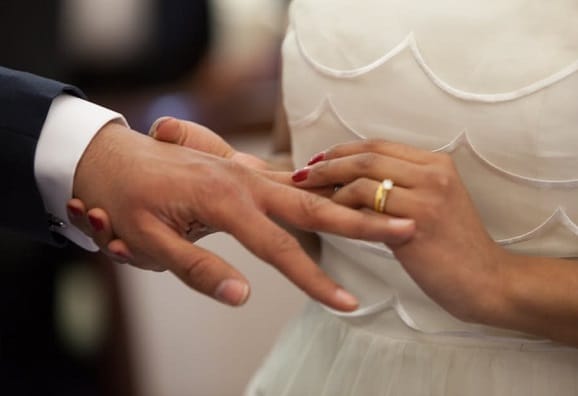 In many cultures it is popular to arrange a marriage. In India, 74% of the youth still prefer their marriage to be arranged than to have a free choice. Statistics also say that divorce rates are also lower in arranged marriages.

#7. Best time to get married

#8. How much time do spouses spend together?

You might have been married for many years, but how much time do you actually spend together? Researchers have found that because of being busy at work, having children and other responsibilities, couples spend only average of 4 minutes alone together every day. Imagine how dramatically your marriage can improve if you spend more time together. Test your marriage compatibility.

There are a number of things you want in your life. As it turns out, marriage can be the most satisfying of them all. Researchers have found that when compared with money, having children and sex, marriage brings the most satisfaction. Also, married couples accumulate 77% more savings than singles.

Statistically the average married couple has sex 58 times a year – that´s just a little bit more than once a week. At the same time, around 10% of couples live in marriages with little or no sex at all.

Marriage will definitely change your life. As you can see, there are a lot of factors that can influence your married life. If you enter a marriage as a happy person, you will certainly only gain from it.

Contents show
10 Interesting Marriage Facts
#1. Kiss to close the deal
#2. When to move in together
#3. What is most important
#4. Does marriage make you happy?
#5. Cost of marriage
#6. Free choice or arrangement?
#7. Best time to get married
#8. How much time do spouses spend together?
#9. Promoting satisfaction
#10. Marriage and sex life
Conclusion
Share