Have you ever felt for someone so deeply that you think about them every day? But the relationship simply didn’t work out for some reasons. If you have ever wondered what might have happened if you stayed together, here are the experiences of ten different people, when they reconnected with the one who got away.

1. I cared more about the memories

I was together with this amazing girl during high school years. Later we had to leave to go to different colleges and decided to end our relationship there. Years later we accidentally ran into each other in my city where it turns out she lives as well. We started to see each other again but soon realized that we had changed too much to be together. We are still friends and have beautiful memories to share.

2. Love has no borders

I traveled to Australia where on my two last weeks there I met this girl from Germany. She had just arrived in the country. We spent the rest of the time I had left together before I went back to the US. A year later,  I decided to move to Europe and she was back in her home country. We decided to meet again and stayed together ever since.

3. Fight that ended the love

My wife and I had reasons to divorce, but it was a harrowing experience. I kept longing for her. We talked from time to time, until one day she called me to say that she is getting married. She had only known the guy for one month. When I told her that I believe it´s a reckless idea, she got angry. We had a huge fight, after which I never wanted to be together with her again. 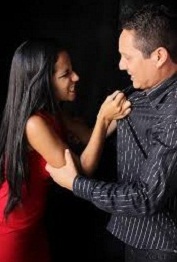 I got married to my first husband when I was just 20 years old. Eight years in the relationship we grew apart and became lazy with each other. We had been divorced for five years when I met him at a party thrown by our familiar friends. It turned out that we had changed a lot since we were together- he had chosen an entirely different career path, and I was doing my Ph.D. We had a lot of things to talk about, and we both admitted that we were too young when we first met. We started dating and a year later decided to get married again. Now we are raising two children together. 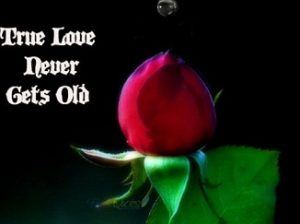 I was still living with my ex girlfriend until I could find a new place when I met this girl in a bar. We went on a date the next day and had a fantastic time. Soon after,  we went out again, and we realized that we had an amazing connection. I was honest about my situation since the very beginning. After our third date, the girl became distant and told me that she couldn’t accept my situation and we stopped seeing each other. A year later we ran into each other and hit things off again. We have been together for five years now.

6. There was a reason why it didn’t work out

I had this boyfriend some years ago, and we had a lot of fun together. But I didn’t feel that we could make it because he was very obsessed with himself. I couldn’t handle his huge ego and broke up with him. Two years later we accidentally met each other again and decided to give it another shot.

At first things were good, but soon he showed his real nature. He didn’t understand why I broke up with him then and hadn’t learned anything since then.

I was into this girl in high school. Since I was timid back then, I never had the guts to ask her out. In a school reunion ten years later, I met her again and since she was single, I asked her out. We have been together for five years now.

I was an exchange student in Italy for six months. During that time I made a lot of friends and one of them was this very cool guy. He was married then and recently had a baby. Eight years later I returned there to visit some old friends and I met him again at a party. It turned out that his marriage was unhappy from the very beginning and he divorced his wife after just two years together. We married a year later after our second meeting. 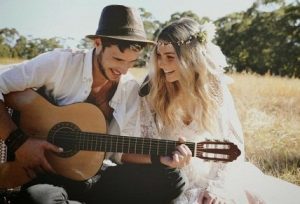 I was in a relationship with this girl, but she took a job in another city, and I couldn’t follow her. It broke my heart but after a while, I met my now ex-wife. We were together for six years, but she was crazy.

When I divorced her, I practically lost everything I had. At that point, I started to chat with the girl I was together with before on Facebook. It turned out, she was in a similar situation. We were two miserable people until we got together.

I had a very close guy friend since childhood. When we were older, we still kept close and loved each other´s company, but there was nothing romantic about our relationship. We talked about being together once, but it seemed that it is better to remain friends. Also, we were both usually in a relationship.

We both eventually got married, and also divorced, but kept contacting each other from time to time. One day we decided to give our relationship a shot and it turned out that we were meant for each other.

See also:
Contents show
10 People Reveal What Happened When They Reconnected With the One Who Got Away
1. I cared more about the memories
2. Love has no borders
3. Fight that ended the love
4. True love
5. Complicated situation
6. There was a reason why it didn’t work out
7. Unanswered love
8. True love waits
9. Our shared destinies
10. More than friends
Share