5 Signs He Is A Loser

5 Signs He Is A Loser

Men at times can be a pain in the neck due to the way they behave in relationships. Some men are just okay, but others are deemed as losers. Here are five signs that he is a loser:

1. He never seems to have money

When you go out for dinner, he keeps saying that he forgot his wallet or it got lost or just a story. He also has peculiar stories about where he works. You are not sure where he works because he never tells that to you. In some instances, he asks you for money for gas or to buy food.

He does not seem to have petty cash, the cash that a working person would have. When you are out on a date, he makes excuses not to pay. He does not even warn you before you start ordering. You will order everything you need, and when the bill comes, he starts checking his pockets for his wallet. 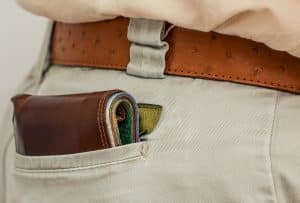 At any one point when you ask something about why he forgets his wallet all the time or why his credit cards do not work, he will dodge the issue. When he starts playing footsie with money issues, it is time to walk away. When this happens more than once, then you have a loser on the loose.

2. He cannot take you home for one reason or another

Sometimes you go for dinner and go to your house. But then you realize that you have never been to his house, and he always finds excuses for you not to go there. You seem to have brought up the topic about his house a lot of times, but he never seems to have the exact location.

The guy does not seem direct with exactly where he lives with whom he lives with or how his living situation is. If you have met a person who cannot take you to his house regardless of the times that you keep asking, then you have a loser in your hands.

3. His stories are inconsistent

He says he went to school in a certain city, but at the same time, he was in a different city enjoying his youth. This means that his stories may not be true. When there’s no consistency in his stories, then he is a loser.

4. He is aggressive when you fact check

So, you realize that his stories are inconsistent. And you realize that some things have been lies. So, you go on a witch-hunt to see who is lying. When you ask him why he said that his homework was eaten by a dog yet he has never had a dog, he seems to be aggressive. 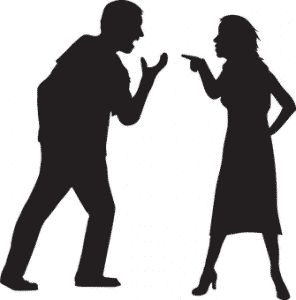 He starts asking questions like “Do you not trust me?”. He also seems to start raising his voice in rage. He does not want you going back and pissing up the pieces of the story together. He seems not to want someone smart enough to put together his lies.

He keeps saying that you don’t trust him and this means you’re not good together. He might get aggressive and threaten to walk away. If he does not want you to fact check his stories, then he is a loser.

5. He is ever late for every event

You have been with him for a while, and now you’re starting to invite him to events. You want people to see who you have been with because you’re proud that you have someone by your side. But he is ever late for everything.

He comes when it is almost over. He always apologizes for being late and has flimsy excuses. One time he’s dog messed up the house the other he was stuck in traffic when it was not rush-hour. He seems to just get late all the time getting caught up in some other things. If he keeps getting late for your events, then he is a loser.

Contents show
5 Signs He Is A Loser
1. He never seems to have money
2. He cannot take you home for one reason or another
3. His stories are inconsistent
4. He is aggressive when you fact check
5. He is ever late for every event
Share