6 Ways To Make Sure He Doesn’t Waste Your Time

How to Make Sure He Doesn’t Waste Your Time

The first impression counts when it comes to relationships. Don’t let it loose when a guy invites you to his place on a first date. Delete and block his number instantly. It’s crystal clear that he wants to make out with you and nothing else. Just because you love him doesn’t mean that he might be feeling the same way.

As true lovebirds, one person might want or demand one thing unlike the other. So, if it isn’t a tit for tat state, let bygones be bygones. Don’t be fooled by your friends that you are mature and ready to settle down. Everyone has his or her own life, and if hell broke loose, you’d be left all alone. The last thing you want to think about is wasting your precious time with an unpredictable guy. But how will you differentiate between a fake and a genuine guy? Read on.

*According to sources, the romantic world doesn’t exist, but people have to fake till they make it. It’s quite hard to find a guy who commits his entire life to you. Nowadays, nobility and courageous men are depending on “life support” for survival. Men hate commitment just as much as they love to make out with beautiful girls.* 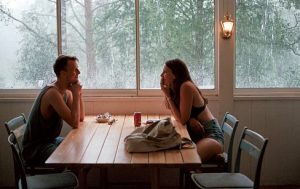 Disappointments shouldn’t be part of your league right now. Though you’ve been heartbroken like a thousand times, be still and know there are good men out there. The end point is that you have to find a secretive trick that will sieve away the time wasters. To do this, note down the following red flags:

1. Let Him Know About Your Relationship Goals

If you don’t want him to waste your time, you better do the right thing before it’s too late. In that tone, be clear and concise with what you want from him. What’s your plans with him and does he put you on his to-do list? Be frank and don’t think that you’ll scare him away.

If he is ready for you, he will do anything to please you. Honesty and respect will be his cup of tea. If he doesn’t want to feel the tidal waves, run for the hills before it’s too late. I know he has sweet lies that seem to haunt you like a stomping ground, but you have to let him go. Don’t get stuck where you don’t fit and belong, be honest and filter him out.

2. Learn His Mastery Before you let it Loose

In everything that you do, don’t forget your end plan with that person. Whether in a bad or good mood, keep yourself at ease. Control yourself and employ a sense of order. Your confidence and upright stance will give him a chance to know that you aren’t a jester.

3. Ask Him Tons of Questions

If he seems to be out of control, be upfront and lay cards on the table. If he tends to act strangely and unquestionably, ask him about it. Even if you feel like he’s wasting your precious time, be ready to ask him. Don’t do it in a striking or hard way, be polite and you’ll know his end truth. It’s way better to know how he feels about you instead of waiting for that tick-tock hour. 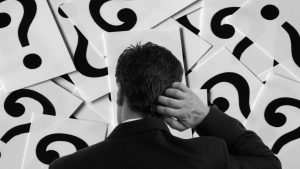 It’s better to identify your real trait hence making it easier to figure out the viability of your current relationship. It’s something that you don’t want to prevaricate about. Pretense shouldn’t be part of your plan. If you treasure him to the core, then be you, and you‘ll know his true self too.

On the other hand, if you don’t have anything in common, you’ll know whether to live with him or not. My end point is that you need to admit and accept your differences. If that’s not the case, I think it’s time to learn how not to live without him. A pinch of a difference can ruin your relationship and don’t even think that you’ll come to change him, No!

I know you want a loving, caring and an honest man. Little do you know cultivation is needed more than anything else. If you want to get married and have two to three kids, does he also want the same? This is the type of conversation that comes up when you know you are compatible. Don’t get involved with someone if he lies to you about his whereabouts. Don’t lie to yourself; time waits for no man.

6. Is He An Active Responder?

If a man doesn’t seem to bother about your whereabouts after your first date, you better forget that he exists. On the other hand, if he wants a long-term partnership with you, he shouldn’t deny making that call. Your voice should be his cup of tea in the morning and evening. But if he calls you only at night or when he wants to meet with you, he is a loser. Yes, it is very okay to call and thank him for his good deeds. However, if he doesn’t call after two to three days, don’t waste your time with him.

Above anything else, you must treasure and love your body. It shouldn’t be a commodity that when he takes you for a romantic dinner, you should reciprocate. There are so many ways to do this aside from giving him what you love most-affection. It was his will that he took you, so don’t make it as an exchange for something else. If you respect and love yourself, men will cling to you like a hand in a glove. In case you devalue yourself, he will do the same thing too. 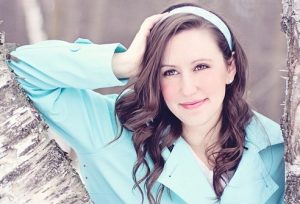 *If you want to be intimate with him, he should act as a protector. But if he isn’t concerned about your health, run and if need be, escape from his presence. You never know his end plans. Don’t risk your life because of that one man who defines you as a product for sale.*

If you love him to the core and you don’t want to lose him, feel free to follow the below guidelines:

In addition to the basics, follow the above guidelines if you want a keeper and not a loser. Don’t settle for less but raise your bar.

Contents show
How to Make Sure He Doesn’t Waste Your Time
1. Let Him Know About Your Relationship Goals
2. Learn His Mastery Before you let it Loose
3. Ask Him Tons of Questions
4. Be Yourself
5. Are You Compatible?
6. Is He An Active Responder?
7. Respect Yourself
Warning
Share