How To Start Dating A Co-Worker?

Many companies frown on office romance. But it is something that can never be eliminated. Whether we like it or not, the attraction between co-workers will always exist. So far as there is an office, office romance will always be there. However, how to manage this affair is what matters. So, if not handled well, it can jeopardize the career of the people involved. This is why there are rules in case you are dating a co-worker. Here are some of the rules to follow when you are attracted to a co-worker.

1. Pros and Cons of Dating a Co-Worker

Dating a co-worker has its pros and cons. And, you have to weigh between the two before making a choice. But, there is no doubt that such a relationship can be a great experience. It can spice up your life in the workplace and make life there enjoyable. But have you also weigh the effects it can have on your career?

The relationship can have a negative effect on both of you if things don’t go as expected. This is one reason it is not advisable to date in the office environment. So before you make a move, give it a thought and make sure it is what you are feeling is not just lust but real love.

2. Can You Handle the Aftermath of the Relationship?

Dream for the best but expect the worse. This is what you need to be ready for when dating a co-worker. We do hope for a successful relationship as it starts, but what if it doesn’t end on a good note? Can you and are you ready to handle the aftermath of the relationship?

Can you still maintain a good working relationship in case things mess up? Do put this into consideration before going ahead to propose. Know that if the aftermath of the relationship is not managed well, it can jeopardize your relationship.

3. Don’t Allow the Relationship to Affect Your Professional Delivery

So, one of the reasons many companies do not allow any office romance is its tendency to affect productivity. Many people are unable to separate work from pleasure and become so much consumed in the relationship thing than concentrating on work.

Even if your company allows office romance, you should never allow it to affect your work output. Don’t bring issues of your relationship to the workplace. That can be discussed when you go home. Also, don’t be flirting around when there is work to be done. The work environment is not your bedroom for you to be romancing about.

This can be very dangerous and may affect the progress of the relationship. During the start of the relationship, try your best to keep it a secret. You only have to come out publicly when you’ve made headways and wants to take it to the other level, which is marriage. Until then, no other worker should know what is going on.

6. Exit Plan if you are Dating a Co-Worker

In case the relationship doesn’t work, what’s next? You have to put in place measure to address any post-relationship fallouts. It may be difficult to have such plans as everyone goes into a relationship wishing for the best. Putting such plans across may make you seem pessimistic but it is imperative. 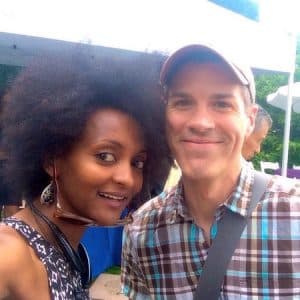 Your exit plan must include, whether you can remain friends after a breakup or everyone goes their way but will maintain a working relationship. This is very important because unless one decides to quit the job, you are still going to be co-workers. Not having an exit plan can cause a whole lot of issues.

7. Other Co-Workers Shouldn’t Have A Place In the Relationship