Dating a Comedian – 5 Things You Must Know!

Laughing, they say, is good medicine. It can relieve you of stress and tension and make you look lively. This is why I always hold a comedian in high esteem. It is never easy to put a smile on ones face much more make them laugh, and this is what makes comedians special. Let’s see what it means if you are dating a comedian.

If a comedian can make people crack their ribs and laugh off their seat, then a big salute to them. So, what is a romantic relationship with a comedian like? Is he/she always going to make you laugh as he does out there? Here are some facts to know before dating a comedian.

Just as their profession, many people think comedians are a joke and not serious with their life. This notion exists because of how they create humor out of serious issues.

If your parents are part of the class who think comedians are a joke, they may not like you dating one. Your comedian partner to be may, therefore, have to prove himself worthy and convince them enough to have you.

2. They can be Obsessed with Social Media

In today’s technological world where social media has become a better way of meeting friends and reaching out to fans, comedians are also making good use of it.

After a high-class performance, they reach out to their fans there and do same, when things go wrong. Many comedians also use social media platforms like Twitter and Facebook to test how humorous a joke it.

So for example, if they post a joke on a platform and do not get more likes or retweets for it, they save themselves from any embarrassment by not performing the said joke in their next gig.

3. They will tell You same Jokes Over and Over

Going in for a comedian, then prepare to hear the same jokes over and over again. Hearing the same thing all the time can be boring right? However, for comedians, it is a way of testing if that joke is still relevant and funny. They are also able to add up and subtract to perfect the joke for their next gig.

4. Dating a Comedian – Save your Criticism

We all make constructive criticisms sometimes but don’t even try this on a comedian after a night’s performance. Yes, he did very well in that night’s performance, but there were some shortfalls, which you noted down. As a good companion, you would want to pinpoint that shortfall after the show, but please do not try. The best thing you can do is to keep that criticism for a day or two and let him enjoy that success in the meantime.

5. They can be Addicted to You

We always see them as very busy people who are always out there in search of content for their next gig. Undoubtedly, comedians do enjoy what they do. Nonetheless, they can still have time for their relationship. 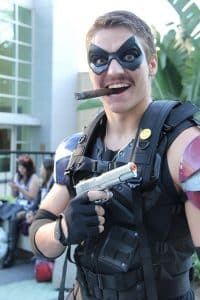 As we all do, we make time for things significant to us and so does a comedian. Therefore, if a comedian has ever approached you, you can give him/her a chance.

Contents show
Dating A Comedian – Good or Bad Idea?
1. Your Parents May Not Like Him/her
2. They can be Obsessed with Social Media
3. They will tell You same Jokes Over and Over
4. Dating a Comedian – Save your Criticism
5. They can be Addicted to You
Share