6 Signs He’s Losing Interest In You

6 Signs He’s Losing Interest In You

We’ve all seen the articles in every gossip magazine, telling you what your boyfriend is doing, whether he’s interested in you, whether he’s cheating on you. These articles are part of the reason for the popularity of such media – everyone wants a quick answer, so following six quick, easy steps is preferable. But more often than not, the lists are full of normal human behavior, criminalizing men for no reason. After all, “hanging out with friends” is not a good enough reason to throw all of your boyfriend’s worldly belongings into the nearest river and key his car. Far too many women’s magazines brand themselves as “feminist” when what they mean is “anti-men.”

But at the end of the day, we do want to know when the time is up and the flame of romance has blown out. But instead of reading Cosmo front to back to find out if your latest Tinder match is interested, take it from a balanced source. Here are the six main ways to tell if your significant other is losing interest in you.

1. He Is Cancelling Plans More Often Than Usual

We all enjoy spending time with our significant others. Whether it’s face to face or over Skype/Facetime, we enjoy our personal time with our loved ones. After all, the key to a lasting relationship is communication. So if your nightly long distance Facetime call becomes more like your once-a-fortnight Facetime call, maybe there’s something going on. Likewise with a short distance. If your boyfriend is constantly canceling plans to see you, and leaving you in the dust, perhaps it would be a good idea to have a sit-down chat. 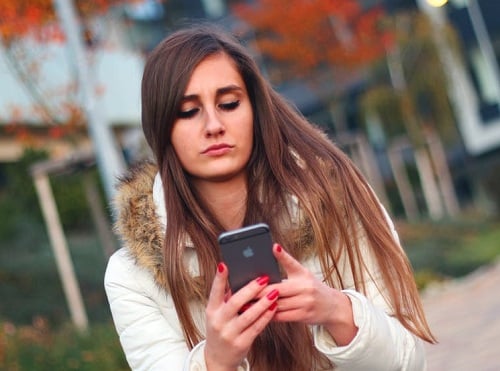 Now, this isn’t to say that canceling one or two dates is incriminating- everyone has things that pop up when we have other plans. Just because your boyfriend needs to visit his ancient grandmother in hospital on a day you planned a date, that doesn’t mean he’s uninterested. But if this is often happening, then maybe it’s time to reconsider your relationship.

As people become more disinterested in each other, they become less patient when it comes to disagreements and quarrels. If he’s giving up trying to keep his cool when you get into a sticky situation, he may be losing interest in you. We all know the feeling of somebody we dislike trying to argue with us. We stop trying to diffuse the situation, we say what we mean, and we don’t care how harsh it sounds. After all, we don’t like this person, and they’re irrelevant to our lives because they aren’t important to us. So if your boyfriend is becoming less tactical and more brutal during arguments, perhaps he’s losing the passion for you he once had.

However, we all have rough weeks. If your significant other is being argumentative for a short period, it could be due to stress, or just having a difficult week. Talk to him about how he’s feeling, and see if you can find a cause to the fights. 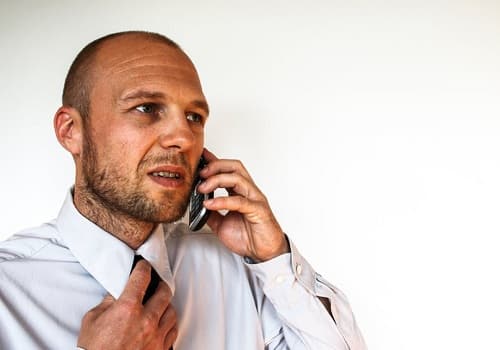 3. You’re Initiating All Of The Conversation

Everyone has been in the situation where they’re the one sending all of the first texts, the long paragraphs, asking all of the questions. It’s never pleasant to be the one making all of the effort to talk and keep a conversation going. Particularly in the present day, where many conversations happen over texts or messenger. One word responses are a key to realizing when somebody is too busy to talk to you or isn’t interested in talking to you. We’ve all been guilty of it, needing to reply for moral reasons but not caring enough to send a full paragraph back. Clearly, it’s different if he’s in situations where he can’t text you, but if he’s got a break and can’t make the effort to let you know he won’t be able to talk much, maybe he’s just not interested in talking to you.

However, again, this is not a sure sign that he isn’t interested in you. Some people are just more conversationally adept than others, especially digitally. It’s tough to convey tone over text, and what he thinks sounds like an enthusiastic “Yes! Let’s hang out!”. Could appear to you like a disinterested “Yes. Let’s hang out.”

4. He Stops Being Affectionate

At the end of the day, if your previously adoring boyfriend suddenly stops wanting to touch you, cuddle, and have intercourse, this is one of the more promising signs that he may be losing interest. Physical contact is an important part of most relationships, so for it to be removed could have a devastating effect on your feelings towards each other. Let’s face it, sex is important. It makes us feel good, makes us closer to our partners, and is amazing for our health. And to be honest, most men enjoy sex a great deal. So for your boyfriend to suddenly lose his sex drive could be a warning sign. As you may have already gathered, this could also be a sign that he is cheating on you.

But at the end of the day, we all go through dry patches. Stress, insecurity, and anxieties can stop us from wanting to strip down and have a crazy passionate night with our significant others. Talk to your boyfriend about it, and see what’s bothering him. See if there’s anything you could do to ignite the sexy spark in him. 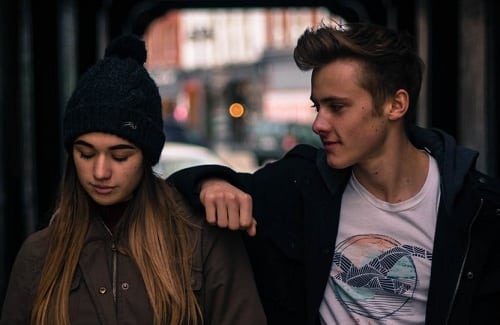 Deleting messages, making secret plans, and refusing to share details of his life with you could be signs that he isn’t feeling you anymore. Relationships are about two people living their lives alongside each other and helping each other along the way. If he’s pushing you away from having an involvement in his life, maybe he doesn’t want you in it at all.

Deleted messages and sneaking away to unknown plans are heartbreaking, but at the end of the day, you can’t control what he does or who he sees. You can only trust that he wouldn’t do anything to hurt you and that these things are done with innocence. If he leads you to believe otherwise, he’s not worth your time.

6. He Tells You He’s Losing Interest In You

None of these checklists to find out something about your significant other is relevant. Everyone goes through things that change their behavior, and the only way to truly find out if he’s losing interest is to ask him. After all, the key to a stable relationship is talking things out and sharing your thoughts and feelings. Turning to articles online and in magazines will not help your relationship at all, and could potentially make matters worse. Talk to your partner, don’t analyze them.