Spying on Your Boyfriend – Is It Okay?

Spying On Your Boyfriend’s Text Messages?

Spying on your boyfriend is another way of infiltrating his privacy. The situation worsens when he comes to find out sooner or later. Appeasing for calmness assures you scrolling on his phone won’t hurt a dime. After all, he’s yours to keep. Little do you know that spying is wrong. It isn’t the way to go if you want to weigh his loyalty.

Not unless he hands to you his tablet or iPhone, leave the rest to him. So, only touch his phone’s screen if you want to ruin your relationship. But the whole sequence is puzzling. There’s more to this than what meets the naked eye. Let’s find out.

*The earlier you grasp that two is a company and three is a crowd the better for you. Don’t spoil your happiness for the sake of third eye party. Let your boyfriend be, and understand that second glances are here to stay.*

When It’s OK to Spy

When suspicion drives relationship other than trust, there’s no doubt that she will spy on you. She does this to have peace of mind. It is the only way out to get rid of fights and arguments. It is okay to spy to bring back the trust that was once lost. It’s a magnetic weapon that clears out negative thoughts. Lastly, spying brings you closer to your partner than before.

There will always be an ending to everything. Spying on your boyfriend isn’t excluded in this category. If you consider spying as an option, here’s what you’ll expect:

In one way or another, you’ll lose your balance when you scroll on his phone or mail. So, probably, you hired an undercover investigator. Sad to say, all went wrong when you rammed him with his cousin and not the other woman. It is only here where you start to explain and talk like a toddler. But don’t try to fly when you don’t have wings. As brave as you are, unfasten your belt.

From hiring a PI to using your friend’s phone; it doesn’t matter who or which device will get a higher score. What will follow is spying on your boyfriend without a stop. You can’t just wait a moment he’ll leave the room. I don’t know where you perfected your summersault skills, but you are perfect. As fast as lightning speed, you pip to make sure all is well. If your BF doesn’t catch you in the act, anxiety will shock you out of the blue. Be Warned!

It is the same way when you stalk your friend on social media. You will accidentally figure out more details about them. Try to imagine this outcome but also worse than the previous one. Whether you are hiring a PI or acting detective yourself, it is not okay to spy on him. Why? Unpredictable accusations will follow suit. Trust me; the result isn’t a cup of tea. Remember you aren’t married yet, so having a third eye isn’t a problem here.

Without trust, there’s no relationship. The moment you try to figure out what’s happening in his life, it means that there’s no loyalty. As soon as it deters, it will take years to trust again. Don’t spoil this chance just because you aren’t sure of what’s happening. If you aren’t comfortable with your BF invading your life, don’t spy on him.

5. It Is Not a Win/Win Situation

Dealing with a cheating spouse is hard. Your actions will either relieve you or hurt you more.  If you spied and found nothing, then you are not yet lucky. Why? Guilt and uneasiness will follow you to the latter. Either way, it’s either you let the phase fade away or talk it out. But it’s better and outright to confess and let go of the guiltiness.

*Treat your boyfriend the way you want him to treat you back. Be loyal, and he will, in turn, give you what you deserve. If you tend to suspect anything, it seems you are the betrayer. So, play your cards right by treating him as he deserves.*

What to Do Instead of Spying on your Boyfriend

Next time you are clanged with a desire to spy, so try out new things. Follow the following steps.

1. Differentiate between nagging and being curious

It’s okay to be overwhelmed with curiosity at times. However, it’s up to you how you want you to control your thoughts. If you allow your mind to seek negative info, you will spy on him. To avoid this, control your whole being. Make an upright decision. Understand that it’s reasonable to nag but subtly sieve your mood. 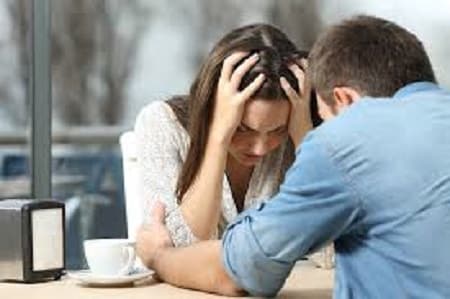 2. So learn to address your Issues

If you feel that he’s up to no good, it’s high time to discuss it before it’s too late. But let out your fears and act like you are in a serious relationship. So, approach the situation calmly and don’t hold a grudge. Convey your message with maturity, which will help you to solve your issues. If he’s keeping you off the topic, continue till you are satisfied with the dialogue.

3. Instead of beating around the bush, say what you want and need

It becomes easier to express your thoughts. Be it clarification about your relationship status or commitment, be sure to ask. Find out what is missing and fill the gap.

Conclusion: Spying on your Boyfriend

So, with all that said about the relationship without communication, it’s long gone. But revive it by doing what’s right. Learn to speak up before it’s too late. It is the ideal way to respect your relationship. So, protect your heart from heartaches and grasp that at times you’ll win, and on occasion, it will be a lesson learned.