Everyone loves a compliment on their good qualities. Although some compliments mean well, they are not perceived that way. Here is a list of 10 compliments men hate. Try to avoid using them and see why.

This is one of the compliments that women often say to their partners. Usually, women have their way of doing things when cleaning up. Seeing things misplaced or something done incorrectly can be frustrating. But remember-men are trying to help because they see your effort. By telling this compliment, you will only make things harder for yourself and probably will not see your partner trying to help ever again.

2. “I Was Surprised You Could Do That”

It is great if your partner can shock you with your capabilities. That doesn’t mean that you should say that out loud. Compliment him on how great he has done something. Telling him, you are shocked about his capabilities will make him feel like you are questioning his abilities as a man.

If you compliment a man by using the word “trying,”  it means that he has done something wrong. That can severely hurt his self-esteem. It is better to accept the little mistakes he has made, and he will do it better next time. If you dismiss his efforts straight away, he can choose not to do something without asking ever again.

Most men hate that they or something about them is being called cute. For guys, it seems like they are little boys that are being complimented by their mom’s friends. If you want to compliment on his looks, use different words, like handsome or beautiful.

Although you might mean well with this compliment, a man can get very upset about it. Avoid pointing out imperfections in his look. Rather tell him that you don’t care about his looks, but his personality is what matters to you.

You probably mean well with this compliment, but for your guy, it can be a huge turn-off. Once you compare him with men from your past, he will start thinking about them. Of course, he understands that you have had relationships before, but he simply doesn’t want to think about them. 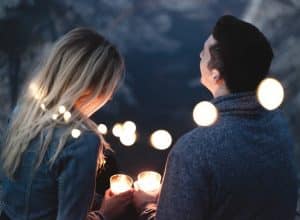 Women tend to criticize men and compliment them at the same time. Saying he has done something wrong and then confessing to love is not the best way to compliment. If you don’t like his present or the way he looks, find a way to thank him anyway without criticizing. All criticism can be hurtful and by saying you love him will not help.

If a guy listens to you and helps you through your emotional issues- appreciate it. Saying that he is sensitive will only make him feel like he is not man enough. It is better to thank him for understanding and listening.

You never know why somebody is single, and probably they don’t know either. This compliment implements that there is something wrong with the guy. If you consider him great, simply compliment him for that. Questioning his character because a guy doesn’t have a partner can be hurtful and annoying.

This compliment is not a good idea. If you are not satisfied with your sex life, there are different ways of dealing with it. Openly telling a guy he can´t satisfy you, will damage your relationship even if he does satisfy you in other ways. 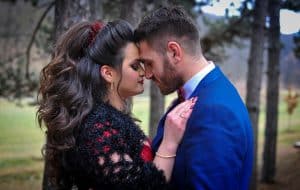 For some people, both telling compliments and accepting them can be hard. Praise a guy only if you mean something kind and honest. Using compliments as a passive-aggressive way of pointing out guys mistakes is never a good idea. If you don’t have anything good to say, better don’t say anything at all.