10 Signs Your Date Is Cheap

10 Signs Your Date is Cheap

Ah, yes the dating world. It can be a circus out there, trying to find the right person. Finding at least someone interesting and amusing to spend some time with is not easy. Dating has changed over the last century. Before then, a man requested a woman’s family to “court” her. After that, he could only see her under the chaperonage of another person.

They would never have had any time alone until the wedding night.  Since around the early 1920’s in America, at least, men and women could start spending more time alone together. The dating culture was born. It still has its rules and etiquette, but those seem to be slowly fading away.

These days, apps like Tinder and Bumble are taking over the dating world. People are meeting each other less and less organically. The approach is changing, and the rules are developing along with gender stereotypes. I’d say it’s pretty still expected for the men to be the one to ask a girl out. On the first day, he should at least pick the activity and pay for it as well. It doesn’t always happen, and depending on where one lives, there could be other expectations. However, this one has hung on for the most part through the developing dating world of the West.

Some dates go quite well. Each person wants to feel comfortable, have fun, and see each other again. But, as everyone knows, some days go quite HORRIBLY. The person is weird, creepy, annoying, or super awkward. As a result, the other person leaves feeling disappointed and uncomfortable with how it went. And, one thing girls sometimes come across when going out with men is the trait of cheapness. Men are generally expected to pay the bills.  Sadly, it can be a big turn off when they fight to avoid doing that to an extreme extent.

Here are a few signs to see if the date is cheap (these signs are for first or second date experiences):

He avoids going out to nice places. It isn’t required to go out to the most expensive place in the world for a first date. Nevertheless, a man shouldn’t feel pressure to be the richest man ever. But, on a first few dates, people usually want to make a good first impression. Therefore, it’s a bad sign if he suggests going out to McDonald’s or Subway. It looks like he does not want to spend the money. It also suggests he doesn’t want to make an effort to show his date a lovely time. 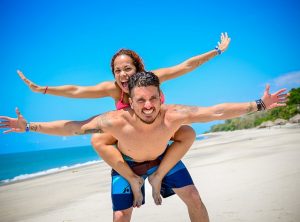 2. Pretends to Have Eaten

He says, “I already ate at home”. I have never fully understood this line. Why ask someone out to eat if one person has already eaten before the date?! It makes no sense! It shows not only a lack of social skills and respect but also is a definite sign of cheapness. The guy wants to hang out with the girl but doesn’t feel like spending the money.

Furthermore, he orders only the basics. He doesn’t get too fancy or order drinks, appetizers, or dessert. The girl feels uncomfortable because she doesn’t know what she’s “allowed” to order. On the other hand, she doesn’t want to appear ungrateful for what he does pay for. He doesn’t ask if his date wants anything special or extra.

3. Brings a Coupon Out to Help Pay for The Bill

This shows that he specifically chose this place, not because it’s nice or that he thought his date might like it, but because it would give him a discount. therefore, it suggests poor taste and a trait of cheapness if he does this. It also proves to the girl that she’s only worth taking out if he can make it less expensive time.

He checks the bill so thoroughly, instead of focusing on enjoying the evening with the person he’s asked out. He goes through each item on the list, hoping to find a way to get a cut in the price. Even if the date has gone well so far, the girl will definitely be turned off if she sees this. 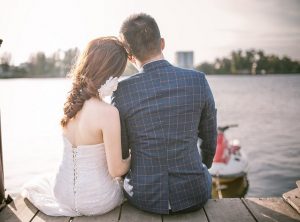 This shows a misunderstanding of those who work in the food service and what they’re owed. If he also complains about how much people are expected to tip, that’s another bad sign.

6. Asks The Girl to Contribute Towards Their Date

He asks for money, making an assumption.  Worst still, At the end of a first date, if a guy asks the girl for what she owes for her portion, that’s a big sign of cheapness. Even though today’s world is changing in incredible ways, it’s important to show a sign of respect to the person that’s been asked out on the date. It wasn’t THEIR idea to come out and have a large dinner. It was the person who’s ASKED for the date! So, they should be responsible for the payment.

A cheap person finds excuses to only ask for “free” dates. Supposedly, he takes the girl out to a place where money is involved. Additionaly, his idea is to watch TV at his house and go out walking, or go to a friend’s party. Of course, it’s only sensible to do a variety of different things for dates, but it’s ok to spend a little money sometimes and go out on the town, or go for a nice meal, or get some drinks at the bar.

He constantly comments on the prices of things on the date. Money is on everyone’s mind because it’s such a necessary part of our lives, but to be always complaining about it, and commenting on the high prices at a particular restaurant or bar….well, that can be a little off-putting. To add on that, no one wants to hear their date talking about the high prices of the restaurant because then it may make them feel like they can’t order or get what they want. Plus, it shows that they care more about money than having fun on the actual date. 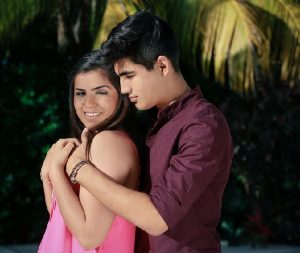 He doesn’t want to pay for parking. Yeah, parking’s annoying. Everyone knows that. But, on a first date, make a little extra effort. Put out a little extra money, so that the date doesn’t have to walk too far. So, if the man doesn’t feel like paying for parking and parks miles away from the restaurant or bar and makes his date walk, that’s not a good first impression. It shows cheapness but also a lack of generosity and respect. What if the girl got all dressed up and wore high and uncomfortable shoes? 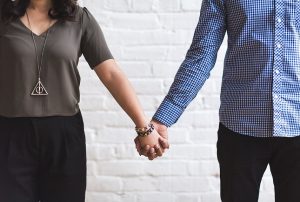 Additionally, being good with money is a good thing. But, sometimes people take it too far, and in the meantime, show a lack of respect and care for others. They put money first in their lives and forget to enjoy them and share them with someone else! Be very wary of a cheap date because it shows a lot of other character traits besides cheapness.

In conclusion, head out on the town with someone who’s willing to pay for that extra drink or extra dessert!

Contents show
10 Signs Your Date is Cheap
1. Avoids Expensive Places
2. Pretends to Have Eaten
3. Brings a Coupon Out to Help Pay for The Bill
4. Scrutinizes The bill
5. Offers Low Tips
6. Asks The Girl to Contribute Towards Their Date
7. Loves Free Dates
8. Always Complains of Prices
9. Avoids Parking Fee Constantly
10. Mean at Spending
Share