When you have a partner,  initially, you make a lot of effort to display best impressions. After dating for awhile, some habits will change, and new habits form. It is not until a woman gets married and have children, that she will miss being single. Getting married is giving up one’s bachelorhood, preparing to have life changed so drastically.

Many women might miss being a single lady, but someone has put a ring on it.Aside from freedom, here are ten surprising things women miss about being single. Freedom is the most popular answer, but do you know or agree with the other ten?

1. Look However She Wants

When she was single, she can dress or look however she wants to. Dye the hair in chromatic colors, go gothic or lolita. The choice belongs to her when during times of single-dom, no one would question the decision to wear black nail polish. During Halloween, she can be Cat Woman or Wonder Woman, celebrating the power of unattachment.

Partners tend to question, especially when a woman goes all black. The first question would usually be is someone dead?. All costume decisions are made as a couple, to avoid looking like a mismatch. Gone are the days where a girl can sport a ten-year-old T shirt and sweatpants without anyone asking if she is depressed.

2. Spend Money on Other Things

She will still spend money on things when in a relationship, but a larger chunk will be for kids and spouses. When women are single, it is okay to be eating 2-minute noodles for a month, all for that beautiful Hermes scarf. She will not feel bad dropping loads of cash on hobbies and holidays because it is for her own enjoyment.

Family and partnerships need money to maintain. Only when the partner is wealthy and does not mind sorting out bills on his own. Still, she would feel guilty and try to contribute some anyway. But usually, when a woman is in a relationship, the bills will be shared.

3. Hanging Out With Friends

All the single ladies love hanging out together, talking about everything and sharing thoughts. Women get together to check out the competition, or to find potential partners. Friendship is a beautiful thing when a person is single. The reason is that there is more time to spend together.

When a woman is in a relationship, she would have to split some time to share with friends and love one. Things get worse when she has children because they need for most of all. When babies are born, a woman usually misses adult conversations most. But women will definitely miss a female companion when the other is no longer single.

The ugly truth: ugly granny under garment is very comfortable. When a woman is home alone, you can be sure that she will be wearing clothing of her choice, including underwear. Made of cotton, it is one of the most unflattering looking garment, but it fits like a glove. Some women prefer granny undergarments to beautiful ones. Maintaining ugly underwear is easy too: just throw them in the washing machine, unlike special silk ones that need hand washing. 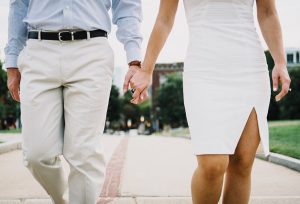 Men love sexy underwear, and truthfully it is a torture to be in thongs and bikinis. A typical woman will feel self- conscious while wearing beautiful lace underwear. Worse of all, most women dread seeing the price tag of these see through, tiny pieces of clothing. Although, after marriage, women will revert to comfortable ugly undergarments.

Women miss spontaneity during singledom. Someone single can just change her mind anytime she likes. A lady can decide to find a date, or read a book and drink wine, just because the mood hits her. She has no worries and no one who expects her to be home to look after children. Life is good when a person is single.

While not everyone is a spontaneous person, it is noticeably easier to accommodate plan changes. Women who have partners and children will find it hard to fit everything in 24 hours, which is why spontaneity is all but gone. If she is out of luck, she might even have to make time to sleep. 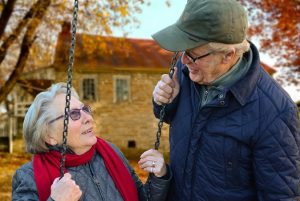 Married women who have had multiple partners may miss the flings when she was single. It is not that sex with the partner is lousy, but having different sexual experience is unique. Women in regular monogamous relationships may not regret being married, or exclusive to a man, but they can still think about good old days.

The best way to remedy this is to find new things to try, depending on how open minded the partner is. While it is not the same as casual flings, it may stave off the boredom married couples experience after a while. Other more drastic things to try include spouse swap or polyamory.

The great thing about being single is not having to worry about other people. A single woman can experiment with her sexuality and her interest, but when she finds a partner, she has to be sure of what she wants. The sense of adventure does not disappear when a woman is in a relationship. The lingering need takes a back seat sometimes, other times a woman finds a companion who shares her interests to try. 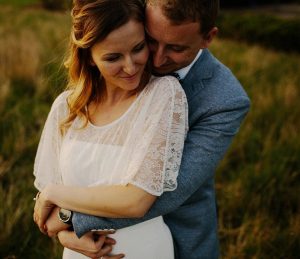 The need to experiment is put on hold when children arrive because children need to have their own experience too. Most women tend to put their children’s operations first, as everyone knows the first few years of life are the most important.

Consider this a warning: privacy is a fantasy for women in a relationship. It will be sorely missed, with memories of being single. No, doors with locks do not work when it comes to partners and children.

Dressing up and being beautiful is what all women miss sometimes, but being desirable might come as a surprise. When she is single, the feeling of being desired is like an adrenaline rush. A woman loves to appear sexy, smart and sassy. She can then be an object of desire. A desirable woman is a powerful woman.

In a partnership, a woman might no longer feel that she is still desired. Because life gets in the way, responsibilities take over. A lucky woman will have a partner who can make her feel desired, but most will miss that feeling. 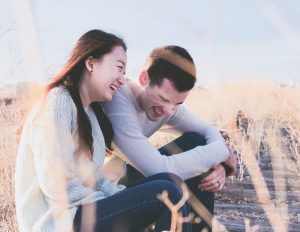 Being single means, a woman has the license to flirt. Women links their desirability to their flirting skills, and their power over their target. Sometimes an innocent flirting can yield good results like a free drink, but most of the time it is about feeling like she is wanted.

Flirting is a skill most women give up when they find a partner, although some would still flirt out of habit. It is no longer fun to tease someone who knows all her tricks, but it ‘s nice to have some practice for just in case.