3 Ways To Lose A Guy Online

How to Lose a Guy Online

It is so easy to fall in love with a girl who possesses distinctive personalities. I know every damsel aspires to feel attractive and wanted to the end. But there are those whose beauty can’t go unnoticed even without makeup. Hot girls and handsome men rule dedicated websites such as online dating sites among others.

It doesn’t matter if you’ve met online or offline, but your body language imports your real traits. You find that a guy is a natural talker and loving through online conversation but in reality, he’s just but a flirter. Unlike offline dating, online dating isn’t easy. Couldn’t agree more that clear chat box from him is an indication that he’s not that into you.

This is just a mere sign that shows his actions without uttering a single word. If you don’t share a strong connection, don’t even try to go overboard. Don’t stress over someone if you aren’t interested, but also don’t show him yet. Try to play it cool and successfully detach from an online relationship.

*Don’t expect to have a formal breakup if the guy isn’t contacting you. Consider it as a breakup and move on.* 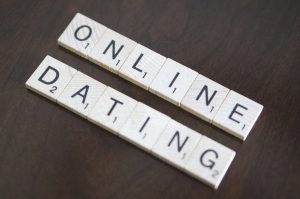 If the guy comes with tons of excuses and endless restrictions, it’s time to call it quit. Don’t assume that he is up and running his errands. He could be dating women in real life. So, this is a no-go zone for you.

If he comes back online after a few days or weeks, be upfront and clear about your feelings. You can opt to meet physically or even engage an active conversation through text. If you have never met, don’t even think about facing him if you aren’t comfortable.

2. Give Him an Ending Clue

Losing a guy online isn’t a daunting task. If you have tried to cut all lines without success, give him a hint and see how it goes. It won’t hurt a dime if you don’t talk or contact him anymore. It will even be better if you’ve never met. So no strings attached. If need be, try to ignore his texts and emails. 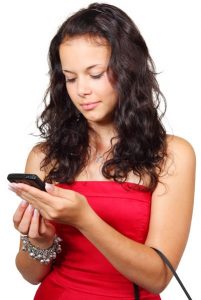 3. Express How You Feel About Him

It’s easier said than done. If you don’t want to hurt him, it’s better to express your innate feeling. It can be that you’re not interested in him anymore. Understandably tell him to avoid further heartache.

Before then, take the time to gulp why you want to call it quit. I am not saying that you have to act like an angel in this wild world. Probably you despised his end trait right from the start. Don’t disclose this to him. However, it’s all about your end decision.

Subsequently, a man stands out with his actions and not words. Yes, he can opt to flirter with you for hours, but at the end of the day, he knows what he wants. Online dating is confusing; you never know whom you are dealing with. You can also opt to try offline dating but give yourself some time to heal after a breakup.

See Also:
Contents show
How to Lose a Guy Online
1. Lose Him If He’s out of Touch
2. Give Him an Ending Clue
3. Express How You Feel About Him
Conclusion
Share