5 Ways of Identifying What Kind of Boyfriend You Are Dating

5  Ways of Identifying What kind of Boyfriend are You Dating

If you have just met a guy and are not sure about what kind of person he is, here are five different types of guys you might have encountered. He might be a nice guy or a self-obsessed egomaniac. Before you get serious with your date, learn what you should expect.

Although at first, it might seem like it is so cute that he is worried about every single guy that crosses your way, after a while, it can get frustrating. There might be no reason why he is so jealous; it is just the way he is.

There might be no reason why he is so jealous; it is just the way he is. This guy will start to get more and more controlling. He will constantly ask you where you are going and who you are with.

This guy can even be jealous of his friends when you are together with them. In public, he will keep an eye on you at all times. This man doesn’t understand what true love means. He has a lot of insecurities, and he is not able to trust anyone.

2. The One with Insecurities

Unlike to the jealous type, this man is looking to feed his ego. He has a lot of self-esteem issues, but on the outside, he is acting like he is the best. This guy can be jealous, but his actions are meant to draw attention to himself.

He will constantly try to keep in touch with you and get angry when you don’t answer his texts straight away. This guy often throws tantrums to emotionally control you.

When you first meet this guy, you will be overwhelmed by his good-willed nature. He will admire everything about you and try to do all things your way. Later on, you will find out that this guy doesn’t have any backbone. 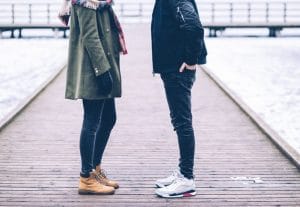 This guy will love to take care of all your needs, run your errands and listen to all you have to say. Although it might seem good, after a while, his lack of personality will start to get frustrating.

He is looking for someone to take care of him. This man is emotionally needy. He will prove to you that he is making sacrifices for you and make you feel guilty if you even think of leaving him.

4. The One Who is a Major Jerk

Who hasn’t been into a guy like that? He is handsome, successful and probably drives a sports car. He says the perfect things when you first meet and it is easy to fall for him. When you start to date, you soon realize that all conversations are about him and he barely remembers anything about you.

This man has an enormous ego that needs to be fed all the time. He will find ways to keep you interested. As exciting as the life with him might seem, you will still feel like he is in the relationship only with himself.

In the end, it will turn out that he has no idea about your personality and the only thing that you can get from this relationship is a major disappointment.

This type of guy is looking for a normal and stable relationship. He prefers to avoid drama, and playing games don’t work on him. If you want to be together with him, you should be honest and direct. 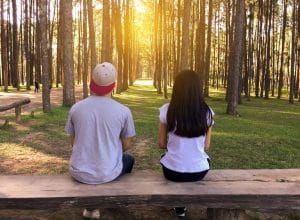 He is faithful and considers his girlfriend to be equal. His biggest problem is that he is not always emotionally available. He never makes decisions based on his emotions.

This guy will take his time before making significant steps in the relationship. But with enough time and patience, he can come through.

Contents show
5 Ways of Identifying What kind of Boyfriend are You Dating
1. The Jealous Type
2. The One with Insecurities
3. The Accessory Boyfriend
4. The One Who is a Major Jerk
5. The Normal Guy
Share