5 Ways To Measure Your Risk Of Divorce

5 Ways To Measure Your Risk Of Divorce

When you both said “I do” it felt like you are going to stay together. Unfortunately, many marriages end up in divorce, and there are ways to predict the possibility of it.

There might be signs in your relationship that tell you things will not end well, or sometimes there are things that predispose you to have a divorce. If you read the signs early, you might have a chance to save your relationship. Here are five ways to measure your risk of divorce. 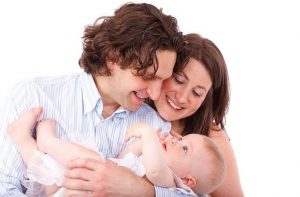 When you are a child, and your brain is still developing. The things that you faced when you were a kid are forever printed in your mind. For this reason, if your parents got a divorce before you were ten years old, you have a 90% chance of getting a divorce.

It only shows that most people are not able to learn from the mistakes of their previous relationships. It is typical for most people to follow the same relationship patterns. Also, people who have gone through one divorce know how it feels. In most cases, they know that they can go through it and have less fear of doing so. 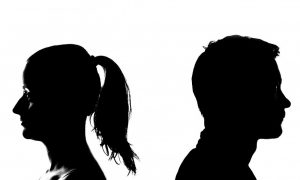 3. Your relationship with your father

4. You have money issues

Money has a lot of influence on relationships. Turns out, if the wife is earning more than the husband, there is a high risk of divorce.

Researchers have found out that if the wife earns 60% more than her husband, the risk of divorce doubles. Also, if you often fight about financial issues, it can also increase the probability of divorce. Specifically, if you fight about money at least once a week, your risk of divorce increases by 30%.

5. Influence of the age

Age of you and your partner influences how successful your marriage is going to be. If you have gotten married before the age of 25 years, you have a higher risk of divorce. Couples who get married in their early thirties have better chances of staying together.

Also, the age gap plays a role in marriage. Usually, there is no significantly higher risk of a divorce if the man is older than the woman. But if it is the other way around, the risk increases severely. If the wife is three or more years older than her husband, the risk of divorce increases by 50%.

Contents show
5 Ways To Measure Your Risk Of Divorce
1. Your parents’ relationship
2. Your previous marriage
3. Your relationship with your father
4. You have money issues
5. Influence of the age
Share