7 Things To Understand About Men

How to Understand Men

It is strange and uncanny for women to say that “all men are dogs” and they still love and share the same roof. To understand men with much ease, women have to fit in their shoes once in a while. I couldn’t agree more, men and women live together, but they possess tons of differences.

According to sources, to grasp what men want then you should gauge that everyone has his or her own needs and wants. In that remark, every man comes with his taste and preference. So, when women say “all men are dogs” you got to think twice. Want more details? Join me as I adventure the men’s world.

If you haven’t yet realized this, then you don’t understand your guy. From men point of view, they are more satisfied when they survive on the competition. That is why they like sports and all manner of competing activities. Dependency rules their world. Their complete satisfaction comes when they overrule other people’s world.

Embrace his behavior when he seems to lose everything in his life. It is only here that his moods change drastically. Subsequently, it is advised for you to encourage, his end deals as well as hobbies. Since inception, boys were taught to win no matter the state. 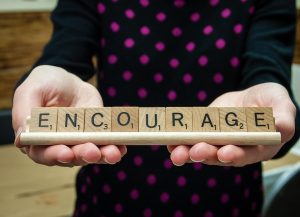 It isn’t wrong to call your landlord in case of anything, but girls are destined to do so other than boys. Men wait for that opportunity where they’ll break a water pipe and ransack everything. They can turn into plumbers, engineers, and caretakers. They are destined to do everything beyond their power to showcase their fixation personality.

Women are 100% multitaskers than men who are close to zero percent. As a woman, don’t expect to leave your child with him while he’s busy on other things. It isn’t a doubt that they are more mesmerized by the way women do over five things at once. But the good thing is that when they take one course, they concentrate on the latter. And I mean perfection is their cup of tea.

4. Don’t Expect Him to Call You If He Promised to do so

Sometimes men promise heaven on earth testimonials without success. When a man doesn’t call you, and he promised to do, keep in mind that he isn’t that into you. In other words, they don’t want to tell you in advance to avoid spoiling your mood.

5. Men Love To Be Taken Care Of Like an Egg

By this, I mean reminding him of his next appointment coupled with surprises. Not to mention they prefer home-cooked food other than going to a restaurant (note that ladies!).In addition to that, the most important thing is to take good care of his ego.

He wants you to pat him on the back when he comes with a one-month grocery shopping. Don’t even think about asking him to do one task over ten times; he is a sensitive being. Women should note that also men have feelings. 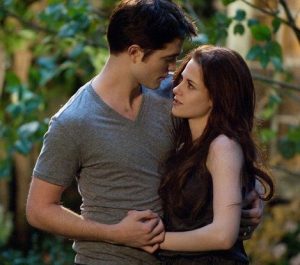 6. Above All, Respect Your Man

If you feel like you are about to control you man, relax and understand that this would be a turn off for him. Men adore strong and self-assured women. The woman needs to get a glimpse of his time and her time. For instance, when she takes control in bed, that’s a sure turn on. Men love it when women reign in different parts other than controlling his ego. Also, respect should be a MUST genre for men. You should do this by complimenting him genuinely as well as motivating him.

7. Other Things to Consider

To understand what men want without having doubts you have to respect them to the core. He needs to know if you are still thinking about his career and plans. Criticizing him in public and not appreciating him isn’t the way to go. As far as he would want to avoid disputes, you also need to employ a subtle soul. Also, consider being honest and not having the wishy-washy trait.

Contents show
How to Understand Men
1. Men Are Competitive
2. Men Are Fixers
3. Men Hate To Multitask
4. Don’t Expect Him to Call You If He Promised to do so
5. Men Love To Be Taken Care Of Like an Egg
6. Above All, Respect Your Man
7. Other Things to Consider
Conclusion
Share