10 Surprising Traits Men Who Cheat Have In Common

10 Surprising Traits Men Who Cheat Have in Common

Some people have bad luck when it comes to picking partners. We can argue that human beings are not wolves, we are not genetically programmed to be monogamous. However, society’s norm is that when we commit to a relationship, it is assumed that we will be exclusive to one another. Cheating is not just about having multiple relationships at once; it can be lying about other things: diet, health or finance. Here are ten surprising traits men who cheat have in common, not just cheating in a relationship.

If a man has lied to you before, do not hold your breath that he will change his stripes. Studies have shown that cheaters are usually repeat offenders. Although the more they do it, the better they get. Some do it for the adrenaline; others are unable to have a monogamous relationship. Choosing to be with such a person is just asking for it. 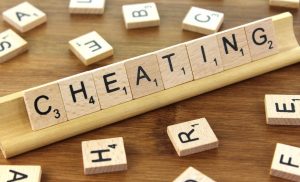 Just because they cheat on you, does not mean that they do not love you. It might be that they are capable of loving more than one person. Partners that cheat on other aspects may be related to trust issues. Men who lie sometimes need to feel accepted, so it could be a problem coming from your end.

A couple in a relationship can still be individuals, but when he is vague, it may be a warning side. Not all men are pathological liars, as concocting a lie requires planning and remember what was said. Experienced cheaters adopt the practice of being vague; it gets them out of trouble by not telling lies. You trust him enough to tell you the truth.

They tell part truth, but skim through with little details. You will find that men who cheat are not always volunteering details because you might find that it has a lot of gaps in the story. Unless you pay attention, sometimes men get away with it, because you have gotten an answer.

Men who cheat are secretive, just ask for their phone. They might leave their phone lying around the house, but you can never unlock it to see what is inside. Even if you ask to borrow their phones, there will be a million questions before ‘helping’ you dial the number you want. With fingerprinting function, it is harder for partners to check phones. Some even have multiple phones, so that no one is aware of the betrayal. 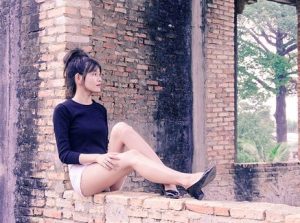 If your guy has been going on Snapchat more and has been quiet on Facebook, this should be sounding alarm bells. Men who are reluctant to share their phone or technology might be trouble. With exception is when you break their things too often for comfort, and they are merely protecting their possessions.

Men who cheat have little regard for trust and relationship; many experts say it could be due to a dysfunctional mother- son bond. Men who are angry at their mothers, or frequently lying to their mothers, are the ones you should look out for. Those who disrespect their parents tend to have problems respecting their spouse.

It is one of the main reasons domestic violence gets passed down within families. While there are some who actively try to change for the better, many are frequently trapped in the destructive cycle. It is up to you to decide, whether the guy is worth sticking out for or not.

Men who feel insecure are more likely to cheat; they will lie to you to make themselves look bigger. Those who cheat about having a good job with high pay or certain privileges want their partners to respect them. Some seek multiple partners to feel more secure about their attractiveness. 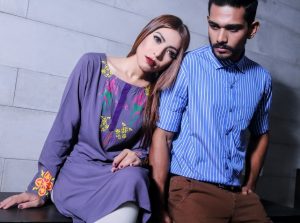 Insecurity is a personal problem, but it can have devastating effects on the partnership. You can be supportive in many ways, and your man can still feel insecure. Society has placed a lot of expectations on men, and it may be hard to gain the confidence he needs to stop cheating. It is up to you to decide if he is worthy of your time.

Most relationship cheaters are charmers; they can make you feel buoyant. Flirting and talking their way through many problems, men who cheat are charismatic. Men who can charm are men who can go far because people love a sweet talker. But talking can only do so much. Charmers do not always deliver on promises. A typical trait of a charmer is the lack of accomplishments and follow up.

If you man has been unable to fulfill promises, yet is making more, beware. Charming as he is, a partnership requires input from both parties. Worse still, if he is flirting with other people, you might also be sharing him with someone else. So long as you are aware of his behavior, it is almost impossible to stop a man from being overly charismatic, especially when he wants to.

Ability to plan for things is a good skill; it shows that a person has a real personality, who likes the full use of time. Beware of men who plan a little too well. Some are born that way; others may be cheating. Planners can successfully date multiple people as they have the ability to construct a detailed strategy on how not to get caught. But seriously, how many men you know who are good at planning? 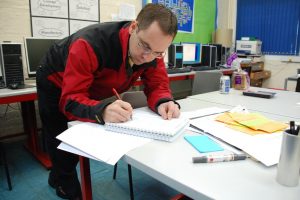 Planners can also be experienced cheaters, as they could be doing it out of habit. While it might be a dream come true for some, dating a man who has great planning skill. But if the man has troubles when you want to turn up early or delay in ending the date, something fishy is up.

Most partners accept the fact that men tend not to remember important dates: birth dates, anniversary, etc. Hence it is quite common for spouses to remind men when the time comes near because it saves a lot of arguments. If a man is in a committed relationship, a reminder is enough. Sometimes both parties may forget certain dates after being together for too long, and that is fine.

When men forget more than the usual dates, it may mean something. Either he has early onset dementia, or he is cheating. No one would forget about Valentine’s Day, unless he was not planning on celebrating it with you. If a man still forgets despite being reminded several times prior, chances are he is seeing someone on the side.

9. Sitting on a pedestal

Men who are narcissistic and feel powerful are more likely to cheat, because they care only about themselves. This is one of the reasons why presidents or high powered CEOs cheat; they are drunk on power and the attention it brings. It does not help when they think that they are highly desirable, due to their narcissistic nature.

It is not that they do not love you, but they love the attention they are getting more. Men who are sitting on a pedestal are not likely to be monogamous. You either have to accept this fact or move on to one who is not in love with himself.

Men who cheat will have a change in demeanor, the change is usually sudden, when they start to feel guilty. They could be distant, pulling away from your affections; they could be critical, complaining about your every move. Cheaters will try to find ways to make you the person to blame for their infidelity.

It may be hard to cope with his sudden change, and accept the fact that he has been cheating on you. Remember that his indiscretions are no fault of yours, and he is the cheater. Not all sudden changes are noticeable; others can be misleading.