10 Key Signs He Is In Love With You

10 Key Signs He Is In Love With You

A good listener, caring, loving and not judgmental; that’s a kind of man a woman wishes to have. But it can be quite daunting to find that “perfect” guy or at least close to it. Of course, girls love it when they wake up in wee hours with a lovey-dovey text on their phone. It’s like a dream scenario that every woman wishes to hold onto for the rest of her life.

It’s quite easy to date a guy, but when it comes to reading his mind, that’s a challenging task. At this point, you can’t deny but to accept the fact that he just has a fling on you and not deep affection. So, how will you know if he is truly in love with you? Worry less, scroll further and don’t forget to take notes.

When you are with a guy who loves you he will always play a significant role when it comes to listening to you. It doesn’t matter whether you repeat one word at a go, communication will be his next of in. The memes of “Why he never listens to me!” will be out of your dictionary.

If he is into you, an undefined feeling will outgrow in his personality. He will be an intent listener right from the start. What he will do best is to look at you up close and personal. Every word that you utter will mean tons for him.

An honest and kind guy equals to a loving man. He a man loves you; he will pour out his heart for you. By this, I mean that he won’t deny hiding anything no matter the situation. Though men are known for hiding their softer side, he will show it to you without asking anything return. Once he lets out his emotions, you will be the talk of the town. More than anything else he wants you to see and feel his sensitive traits. He will open in such a way that you will know his personal life to the latter.

3. He Loves Your Company

If your man starts to watch with you Desperate Housewives repeats, he has already boarded a flight to the city of love. Football won’t be his fantasy since he has you by his side. If he doesn’t seem to give up on you, he is worth keeping. Another imperative thing to note is how he cooperates with your friends. If he is trying to know you better through them, you are lucky.

4. He Will Introduce You to His Family

Aside from anything else, family plays a vital role when it comes to any relationship. Though he won’t be ready to introduce to his whole lot of family, his mum will represent all. It’s quite hard for men to introduce their ladies to their mothers. Not unless he is planning to have a long-term relationship. Once his mum has met you, be ready for an engagement. I mean very soon. As from you side, you better plan to have a serious relationship with him because he is weighty as well. 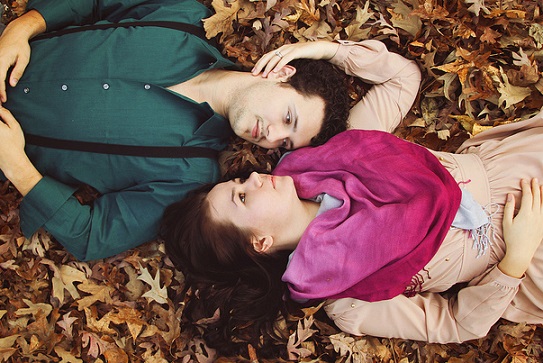 5. Oh! Animals and Children Are His In-thing

Have you ever had a chance to date your future man and all over sudden you notice that he isn’t interested in animals or children? Worry less, it happens. But as times passes by, when he sees a baby or a cute puppy by the road side, he is favorably cooing like a toddler. He won’t forget to mention how we would love to hold onto a cute baby. His lovey-dovey act clearly demonstrates his love for his family. And he won’t mind having one. His aim is for you to see how he loves children and he will once come to be a great Dad.

6. “I Love You”, Will Be His Early and Late Anthem

It might catch you by surprise when he utters the words “I Love You” without your consent. Whatever the case, act as if everything is okay. The worst and most regrettable thing to do is act like you are shocked or even collapse in between. If this happens, he’ll definitely think that he has said something to you. Even if he says it in a minute and seconds later, be ready to show a sign of appreciation.

7. You Are His Investment

Wahoo! Hope I have said that right. If a man loves you to the core, his actions will tell it all. You will in his dreams and life. His talks will be all about “US” and not “ME”. You will keep in a safe place that even when he talks, he won’t realize what he says.

In short, he wants to make sure that you are safe and secured. Even if you seem to have traveled a short distance, he won’t deny checking up on you. He is always at his relaxation mode when you are okay. This is a surefire way to know how much you mean to him. He wants to know more about you and your life.

8. He Is Your Alarm Clock

Whether it’s at 6 pm or 3 are, a man who loves you will randomly call just to make sure you are safe and sound. Once he falls in love with you, he will care for you no matter the situation.

9. Your Opinion Matters Too

It doesn’t matter whether you aren’t good when it comes to communication. Even if he wants to take on a big investment but there is a risk in between, he will ask for your end decision. It gives you a chance to know how he is interested to indulge you in his deals. You never know that your two cents and thoughts will help him immensely. At the end of it all, he wants to be sure that you are in the right lane. 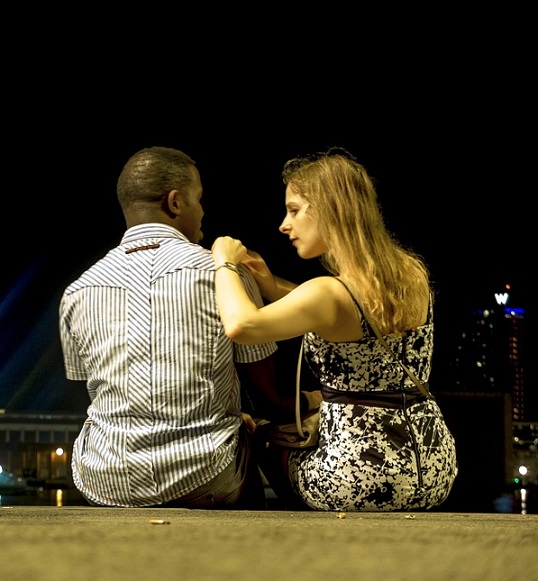 10. Above Anything Else, He Loves All of You

Just to mention but a few, a man who adores you will love everything about you. The more attracted he is to you, the extra time he will spend staring at you. Of course, his pupils will dilate and his heart beat will increase. He won’t be able to control himself when he is with you. In other words, your presence shrinks his manly voice which in turn makes you feel loved and attractive.

Contents show
10 Key Signs He Is In Love With You
1. A Good Listener
2. He Is an Open-Book
3. He Loves Your Company
4. He Will Introduce You to His Family
5. Oh! Animals and Children Are His In-thing
6. “I Love You”, Will Be His Early and Late Anthem
7. You Are His Investment
8. He Is Your Alarm Clock
9. Your Opinion Matters Too
10. Above Anything Else, He Loves All of You
Share