5 Signs He Is Married

5 Signs He Is Married

A married man will do everything possible to ensure that if he is dating any other woman apart from his wife, the woman does not get to know about his status. Here are fives signs that will help you know that he is a married man.

This guy never pays using his credit card. He would rather pay everything in cash and even goes to the bank for more cash when he runs out. This man does not appreciate plastic money as we all do. He goes out of his way to pay in cash. 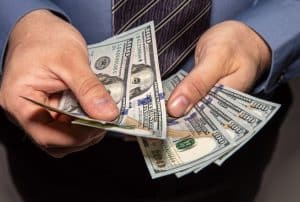 When you ask about the whole cash thing. He gives elusive explanations like “credit cards are a rip off. “. He always goes outside to answer his calls and never talks on the phone when you are around. This man addresses your concerns about this behavior by saying that his job requires great confidentiality.

When you call, it always goes to voicemail. He also has two phones most likely one for his real life and one for his secret life. The man likes taking you out on dates in places far and out of town. He says that he likes the air in secluded places. The man just lives a whole life of secrecy. If he is secretive, then he is married.

You have always met these crazy guys who do not have their act together, but this guy is awesome. Everything about him seems to be well organized and thorough. He has a job, he has a good car, and his finances are right.

He is clean, tidy and neat just the way you like it. His suits are always well pressed, and he seems to tidy up his car a lot. He is also very understanding of your issues. His specialty is knowing how to deal with women and all the mood swings. He is very aware has information about feminine products. The man knows things that only a man with a woman would know. He seems to be too good to be true. If he is too good to be true, then he is married. 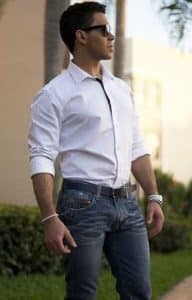 3. He is never available

You like him a lot, so you invite him to your event. He never shows, he always has an excuse or a thing that he could not move. His other trait is canceling on date nights and postponing. He is never available for a sleepover. The man says that he feels uncomfortable sleeping away from his house.

When you try to call him on his cell, he is never available or does not pick up. He will give you excuses that do not add up. He was in a meeting he was in church, or he was in court. The holidays are the worst. He is not available for Valentines, Christmas or Thanksgiving. If he is not available, then he is married.

4. He seems to have excuses for everything

Every time you notice something wrong, he seems to have a good explanation for it. He cannot call at night because he has early mornings. You also cannot call because it is not convenient for him. He has no social media because he likes to be more private.

He has two phones where one is for family and friends, and the other is for business. If he seems to have excuses for everything, then he is married.

You have to pay good attention for you to see the wedding band line. If you look closely, you can see that he has an indentation on his ring finger. This means that has been wearing a ring and he just removed it so that you do not see it.

After your meeting, he puts the ring back on so he always has that line on his wedding ring finger. If he has a wedding band line, then he is married.

Contents show
5 Signs He Is Married
1. He is secretive
2. He is too good to be true
3. He is never available
4. He seems to have excuses for everything
5. He has a wedding “band line.”
Share