Marriage is an institutional bonding between two persons of opposite gender. Both arranged, and love marriages have their distinct advantages and disadvantages. Marriage is the complete unification of two different souls for all practical purposes. Everybody is unique in this world, and when two such uniquely different persons decide to live their life together, there are bound to be some differences.

These differences may arise due to a variety of reasons. However, to lead a happy and successful married life people need to know the origin of such differences and the immediate short term as well as long-term solutions to counter such differences effectively. People need to act logically with a great deal of affection, compassion and care for each other to march forward happily in their endeavor to thrash out any differences.

Listed below are some authentic and time-tested ways to prevent the occurrence of common marriage problems in its initial years.

Cooking, cleaning the utensils, washing clothes, sweeping and mopping the floors, cleaning the toilets and arranging clothes in the wardrobe are the most common household chores people are faced with. A couple has to contribute and share the burden of such household chores judiciously. It is advisable to play according to their strength when sharing the tasks.

However, to add a pinch of spice, to have some fun and also for a change, they may sometimes interchange their tasks. This will create a harmonious relationship between the two and will help avoid any rift caused due to the monotony of doing the irritating household chores routinely. Sharing the tasks will also ensure no one is burdened with any unreasonable expectations.

A couple of forms when two distinct persons with different tastes and habits come together to form the bond of love. They each have their perceptions of life. They are required to spend quality time together after the compulsion of staying apart from each other for a considerable period daily primarily due to their professional commitments. So, after days of hectic work, people need solace in the cozy and warm comfort of their home accompanied by their respective partners.

However, the regular companionship should not be bothering and annoying. Every individual is entitled to have their personal and private space in their life. So, a couple can lead a happy life together only when they can respect each other’s freedom and let their partner do whatever decent hobbies he/she wants to pursue in his/her spare time. There should not be any encroachment in each other’s private space until and unless obligatory due to some serious reasons.

3. Money and the Economics of the Household

After the initial euphoria of being a newly married couple dies down, the first and foremost task faced by the couple is determining the amount of income they will earn from all available sources and distributing the income wisely to avoid any financial crisis or misunderstanding. The common perception of ‘What’s Mine is Yours’ has a significant effect on the contributing couples especially when one person earns considerably more money than his/her counterpart. 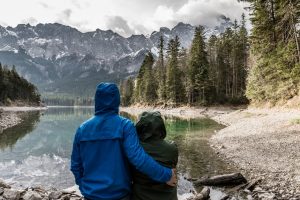 It may even be a cause of stress between the couple. However, they can overcome the situation and prevent things from going out of hand. The couple needs to plan a lot and ensure their spending habit is strictly by the income generated by them. There is also a dire need to make some savings for future emergencies like childbirth. Balancing the income according to the availability and spending it judiciously is an essential task for a comparatively newlywed couple. It is the foundation of a rock-solid established married life. A matured decision on money matters will facilitate a positive effect on both the couples and they will be less prone to any mental disturbances.

It is imperative to draw a line between the couples and their respected In-Laws. In-Laws are the parents of your partner. They are to be respected and cared. However, there should be a clear-cut channel of communication between the respective partners about the extent of the role; they should allow their in-laws in their lives. Too much interference into the life of a couple or display of high-handed behavior by the in-laws may become the bone of contention between a couple and result in disastrous consequences.

The first one/two years of married life passes out like a dream. The newfound intimacy, the intensity, and frequency of sex between the two, all passes out quickly enough before truly realizing the happenings going around. However, a time comes when all the celebrations get precipitated slowly. Boredom replaces ecstasy. Everything including sex becomes routinely mundane. With each passing day, life becomes miserable. Intolerance gains the upper hand. Controversy and frequent bickering become the order of the day.

A couple should realize and try to protect themselves from such unpleasant situations. Careful thinking and meticulous planning can be a convenient tool in avoiding such circumstances. The most important thing is an understanding between the two. A couple should maintain a certain level of warmth between them; the more, the merrier. An absence of understanding and warmth will lead to breaking down of the relationship. 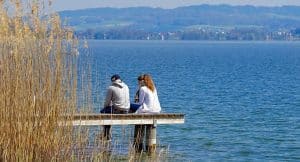 After spending a few years of married life people tend to forget the necessity to stay in shape. Instead, they become complacent about their health and personal hygiene. Such nonchalance often leads to obesity and unhealthy lifestyle. In such a situation, couples often start disliking each other and repel each other instead of attracting. Naturally, such a scenario can spell doom for a relationship. Couples have to consciously avoid such situations from becoming a reality by staying alert about their lifestyle. Every couple must make it a point to extensively discussion. This is sure ways to stay out from becoming the victims of such disaster.