5 Signs He Is A Player

5 Signs He Is A Player

Men at times can choose to be unfaithful which is not something to be proud of. They hurt the ones that love them in the process because they are greedy. They tend not to care about the consequences of their actions. Here are five signs that he is a player.

You have no idea where he lives. This man has never offered to take you home. He prefers to go to your house every other time. You do not understand his job. When he talks about his job, he Is very sketchy about it.

He talks about it in parts and beats, and you don’t understand exactly where he works and exactly what he does. You have not met any of the members of his family and friends. He has not introduced you to anyone in his circle. You have been with him for a while but he never talks about his family. 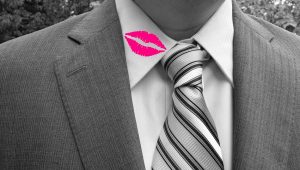 He has interesting stories, but they are just shallow and do not go into detail. He listens to you most of the time. This is to make sure he does not say much. In essence, you don’t know him. If he is a mystery man, then he is a player.

He is charming. The first time you saw him, you liked him and wanted to see what else he is about. There is a glare in his eyes that keeps you wanting. He also has a crazy vibe about him that makes you cringe. He also has the cutest smile.

You felt lucky the day that you met him. You felt even luckier the day he offered to take you out to dinner. .He called you pet names too soon. The man started calling you baby just after the first date. He is flirtatious with you and other women as well. He likes women and women like him. If he is a lady’s man, then he is a player.

He never has much time to stay on a date with you. The man always leaves before dessert and only has time for you at night. He claims to be very busy during the day.

His phone is constantly ringing when you are on a date. He usually can’t stay for the night because he has an early morning. He also can’t take you home because of other excuses. If he is ever in a hurry, then he is a player. 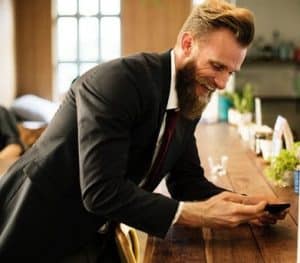 The man in your life does not ask about you. He does not ask how your day was and he rarely checks in on you. The man never asks your opinion on anything or say that your ideas are good.

He does not talk to you when you need his opinion or help. He gets you gifts that you do not like or that are not your style. The man is not reliable and always disappears for days at a time. If he does not care, then he is a player.

5. He leaves you wondering

Sometimes you wonder whether he likes you. There are certain aspects and behavior that make you feel as though he is not that into you. He is notorious for leaving you hanging. Sometimes you are chatting online, and he disconnects without finishing the conversation.

His body language is wanting, and he does not connect emotionally. He just leaves you with a lot of questions about whether he likes you or not. If he leaves you wondering, then he is a player.