What Men Truly Wish You Knew

Men are visual, simple, and straightforward souls. And they won’t mind if I leave it here. However, I have to continue for the sake of women. Yes, men and women masculinity vary. That is why they bring out unpredictable performances. To ease it up, men like to discuss more on what they visualized rather than what they heard.

Huh! It’s much easier for him to narrate how he had a beautiful night with her crush rather than talking about the end conversation. On the other had a woman will talk about their innate conversation, unlike men. There are tons of things that women truly wish they knew about men, read further. 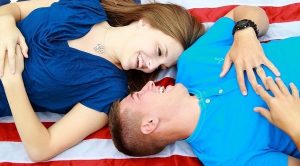 1. You Can’t Force a Man to Commit

It is not possible to force a man to commit to you when he is not yet ready. A committing man can let out his true emotions. That’s why there are “boys” and “men.” Before doubting or changing his decision, try to limit your side. If you are loyal, then he’ll want to spend the rest of his life with you. A faithful damsel equals to a committing man. Don’t force him if he feels he needs some time. If you feel like he might be wasting your time, call it quits but don’t pressure him.

2. They Have Their Limitations

Human is to err, so they say. It’s crystal clear that you should understand men’s flaws before it’s too late. Note that they also have their weak points which are close to impossible to strengthen them. Don’t get frustrated if he isn’t an all-party man.

By this, I mean saying what you mean and not crossing the main route and you are passing on the lane. Men like it when you confront your issue right there and then. This shows that you are dependable and not anxious. Also, learn to respect his time and competitiveness. When he seems to push the wrong buttons, let him have his way without squabbles.

For heaven’s sake, you can’t let go of the boyish behavior from men and vice versa. So, it’s up to you to stick to his lane. That is why they prefer to tame dogs unlike cats, hope you got that right? Good. The end secret is to value their ego and loyalty. As a woman in the picture, learn to respect yourself, and the rest will follow suit. Let him reign in the relationship regarding making profound decisions and all.

5. For Once, Let Him Be a Ring Leader

Pride and egoistic traits are men’s cup of tea. When it comes to matters of relationship, a girl must learn to bring value into his life. She isn’t meant to undermine his manliness but to upgrade his standard to aptness. She has to see things from a man’s perspective. She should be ready to satisfy him as well as motivating his life endeavors. 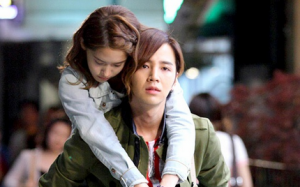 I know how women have tons of things to think about and do at the same pace. On the contrary, men love to listen more aside from talking. So, don’t think when you set a gloomy face he will ask tons of questions. His IQ allows him to assume everything is in perfect condition when you haven’t yet raised your issue. What am I saying? Communication matters at all cost.

7. Other Things to Consider

Another thing to note is that men despise an insecure woman. Don’t try to meddle with his whereabouts. The secret is to make him laugh as often as possible, and he’ll hang out with you for eternity.

Contents show
What Men Truly Wish You Knew
1. You Can’t Force a Man to Commit
2. They Have Their Limitations
3. Handle Them Appropriately
4. You Can’t Turn Them into “Men” Nor “Boys”
5. For Once, Let Him Be a Ring Leader
6. He Is Not a Mind Reader
7. Other Things to Consider
Share