7 Biological Differences to Keep in Mind in Your Relationship

7 Biological Differences to Keep in Mind in Your Relationship

There is no day that you would come across a man commenting that dealing with relationships is easy. Without a shred of doubt, relationship problems are things that people have been used to. It is for this reason that couples try their best to find practical solutions to the problems that face them on a regular basis.

Premenstrual syndrome (PMS) is a scapegoat that men have been used to over the years in relationships. This refers to the period where women undergo both emotional and physical changes right before their periods.

The changes that occur in a woman normally affect their overall outlook as well as their sensitivity. For example, just before menstruation, a woman would tend to be moody. As such, they easily get irritated with anything that bothers them.

How does PMS affect your relationship? It is highly likely that a man might misjudge a woman based on their actions during this period. The notion that PMS affects a woman’s mood might make a man conclude otherwise about certain actions from the woman.

Have you ever wondered why men complain that women are mind readers? This is attributed to the biological intuition that they have. The mere fact that women have the power to keep newly born alive gives implies that they are better than men are when it comes to non-verbal communication.

With regards to relationships, women are known to read nonverbal cues better than men do. This is also closely linked to their ability to raise infants by understanding what they need.

This is also closely linked to their ability to raise infants by understanding what they need. It is this skill that a woman can easily gauge what a man is planning. Unfortunately, men’s intuition is way below par as compared to what women portray. This is also a difference that ought to be considered for a relationship to last longer. 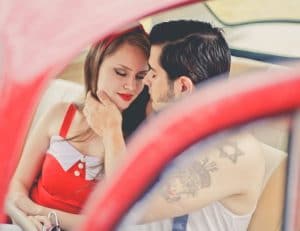 There is also a thick line to be drawn in the way women and men deal with aggression. Indeed, men are known to be aggressive as compared to women. In most cases, men merely resort to fighting as the best means of dealing with stressful situations.

There are times when women are regarded as manipulative for reasons that they blind men into forgetting about their aggression. This is basically how they try to avoid physical aggression from their counterparts. Naturally, women are submissive, and as such understanding, this in a relationship helps a man to find effective ways of dealing with stressful situations.

Recent biological studies have evidenced that women react differently as compared to men when it comes to dealing with painful and fearful situations. This is something that is attributed to the brain differences existing between men and women. Unlike men, women are susceptible to fear and pain. Men have the upper hand in the way in which they find ways of coping with stress. 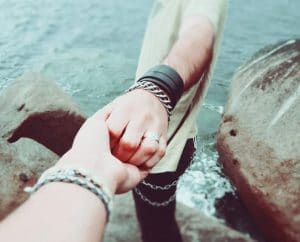 On the other hand, women cannot handle high levels of stress that might face them. In fact, this is the main reason why women are more inclined to get depressed as compared to their counterparts. Nonetheless, their sensitivity is an added advantage as they get to be more flexible rather than being narrowly focused.

Men and women also differ in their conflict resolution strategies. Women are known to avoid conflicts in relationships.  As earlier mentioned men normally consider women to be mind readers. Due to this, women find ways of avoiding conflicts with their partners. A difference that stands out in women is the way in which they hate lack of response from

A difference that stands out in women is the way in which they hate lack of response from their spouses. They hate this even more as compared to the conflict issue itself. This is an attribute that is evident right from childhood.

A girl will do their best to get mime responses from their parents while a boy would not seem to be interested. Keeping such differences in mind particularly in relationships helps to ensure that men resolve conflicts using the best means possible. At the same time, women could find ideal ways of approaching men about the issues that could affect their relationship in a negative way.

Relationship experts would attest to the fact that sex is one of the main building blocks of a good relationship. This is an aspect that both a man and a woman should understand to ensure that they nurture a long lasting relationship full of love. Men and women are quite different with regards to sex-drive. Ideally, women are not as easily turned on as compared to men.

A woman would tend to refrain from any sexual advances whenever she is angry or rather when she lacks trust in a man. The variation in sex-drive is an important factor that individuals in a relationship ought to bear in mind. Truly, it gives both parties a chance to understand each other from a sexual perspective.

Indeed, men are the ones that buy aphrodisiacs for women. This is a useful way of getting their partners into the mood. Once a man is more aware of the lying variations in sex drives, they would be more inclined to please their counterparts using effective ways other than just sex. 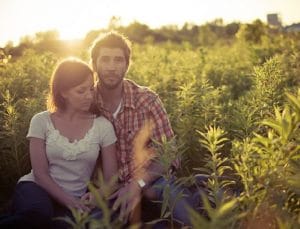 Men never get pregnant! This is a well known indisputable fact. According to medical experts, the brain of a woman normally shrinks during the pregnancy period. Such changes are usually meant to help a woman cope with maternal demands that would be facing them.

A societal norm that people are used to is that women should take care of the kids. This is an aspect that might cause a lot of issues in a young relationship. As such, if both a man and a woman understand their respective roles to play, this might reduce possible problems in a relationship.

Lastly, from the look of things, the biological differences mentioned above are nothing but the variations that people are accustomed to. This implies that good relationships between man and a woman lie in the way they understand each other’s differences. By being aware of these differences, it paves the way for not only for a successful relationship but also for a mature one.