8 Things Not to Tell a Man During a Fight

8 Things Not to Tell a Man During a Fight

So we all do it. If you’re in a healthy or unhealthy relationship, you are going to fight. We’re human beings, and we don’t all get along one hundred percent of the time. We have differences of opinion, and we come from different backgrounds with different reasons for why we do things. However; ladies, some things are entirely ineffective and potentially lethal to your relationship to say in the heat of the argument.

1. Remember That Time When

While I have a memory like an elephant and an uncanny knack of collecting bits and pieces of evidence for my case against my partner at a later date, this emotional and mental ammunition seems to have absolutely no effect on him. This is particularly irritating because not only does he not remember when but he appears to have no ability to see how the situation is repeating itself. For example, you find some texts on his phone from a girl who was “just his friend” that are very flirtatious and perhaps even a few selfies. He doesn’t say anything sleazy back, but it’s annoying that he doesn’t tell her to stop.

WELL, six months later when he sees that some dude sent you a VERY similar message….not only will he not recall the past occurrence, he will tell you that this situation is entirely different. So it’s useless energy to store all of the times he has pissed you off, and you let him off the hook to throw back in his face. The fact is, he is incapable of listening to this kind of reasoning.

2. All of My Friends Even Think So

Please, in the heat of the battle pulling up a bunch of females as evidence that your thinking is sound is not going to win any points. Your man knows that when you and the ladies get together it’s a whole lot of irrational man bashing and “you can do so much better.” He knows that your friends are always going to have your back no matter if you are in the right or the wrong and he knows they will lie, cheat and steal for you. These are not good witnesses.

3. You’re making a big deal out of nothing

No one likes to hear that what is important to them is not important to you, especially your partner. Even if he is just a jealous ass (which is usually the case), you have to know that it is coming from a place of insecurity. If it’s a big enough deal to him to be fighting about it then you should consider it a big deal as well or else maybe you just aren’t as invested in the relationship as you thought you were.

That guy that is always liking your photos on Facebook and commenting on how beautiful you are is a threat to him. He won’t say it because of his pride, but he feels threatened. If you care you, you will address the situation with the Facebook flitter and it “won’t be a big deal” after that.

Not only is this question rhetorical, but it’s also not going to get you very far. Name calling seems just to open the door for more anger and less rationality. Try to cut back on the swear words. They feel good in a pinch to get the aggression out but they sting, and they pump up the rage. Keep those naughty words in your own head and bite your tongue. 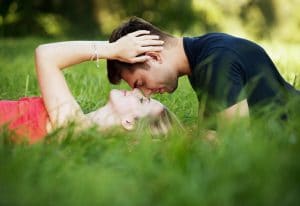 This tactic is like calling his bluff. I have used it when I have gotten to my wits end in a fight. It’s that moment when you feel like your head is going to explode or you may indeed punch his handsome face. This is that tear down, knock out, want to break things kind of frustration. Where you don’t even understand why you are stuck fighting anymore moment. And as soon as it comes out of your mouth, it smacks him in the f,ace with shock, and you are both standing there like …uh..oh…are we going to break up? This is a hazardous move because in all reality while you think this will make him say “no

This is a precarious move because in all reality while you think this will make him say “no babe, of course, I won’t break up with you, I love you..” and blah blah gooey-gooey. He could take this as his way out and go, “yeah, GOOD IDEA!” Then you will be stuck chasing him down begging him to come back and saying I didn’t mean it!!! You’ll spend the next week facebook stalking and probably literally stalk him until he pulls his stubborn head out of his …you know what. Don’t call his bluff on the relationship if you love him. It’s a game that doesn’t need to be played, and it’s exhausting.

Comparing your relationship to another couple’s relationship is like mixing oil and water. It’s just going to separate you two. Your man doesn’t care that Rob asked Jane to marry him. It’s not going to make him run to the jewelry store. You and him are you and him, and your circumstances are separate from other relationships. He’ll be especially irritated if he feels like you are treating your relationship like a competition with your friends.  So keep it between the two of you and leave everyone else out of it. 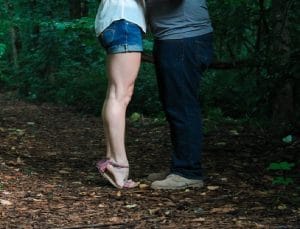 Do not bring up anything about his mother. It’s just not good. This is the woman that he respects and looks up to the most. But also, the woman who he has spent the past ten years trying to escape. That woman holds a lot of power. While, yes, it is good to have her in your corner. However, what she says is somewhat law. He doesn’t want to think he is doing anything that is his mom’s idea. If you bring his mom up, prepare for the backlash of epic proportions. There is just no telling how that could play out, but one thing is guaranteed, it’ll be a hot mess.

8. Comparing to relationships past…

“This is exactly like when so and so cheated on me with so and so!!” The burns of your past are not his to sting in the present. All men are not the same. You can’t build something beautiful and new on something broken and shaky. If you are in the middle of a fight and you tell your man that he’s reminding you of your ex, you can be sure that this fight is going up a notch or two. And the blows will inevitably get lower.

In conclusion, just remember the belligerent, stubborn ass in front of you is an entirely separate ass from the past ones. Whatever he says or does is on his record so to speak. Additionally, give him a clean slate. Just because this guy drives a nice car and works out doesn’t mean he’s going to cheat on you. He might not be like the last guy who drove an excellent car and worked out. Therefore, just take things as they are. When in doubt, walk away for an hour and come back and cuddle and kiss and make up.

Contents show
8 Things Not to Tell a Man During a Fight
1. Remember That Time When
2. All of My Friends Even Think So
3. You’re making a big deal out of nothing
4. Why are you being such a D%#%?
5. Then why don’t you break up with me?!
6. Rob and Jane are doing this so why aren’t we??
7. His mom
8. Comparing to relationships past…
Share