Being married can be blissful, having a family is the next progression for a normal bloke. Between work and family, husbands have many commitments. Even though life can be fulfilling for husbands, they can miss the days of bachelorhood. It is not because they hate being a husband and father, but times when he was single can be quite exciting, compared to the routine of family life.

Here are ten surprising things men miss about being single.

Most husbands were mommy’s boy once before they aged and had to find a partner to start a family. They miss being looked after, as once kids coming along, they get no attention from the wives. Not surprising when they have the Man Flu, it can strike down even the strongest of men, they end up in a pile of blankets, moaning for their mother.

Husbands are usually the pillar of the home, supporting wives and kids with his mighty strength. It is not a wonder that they can miss being the mommy’s boy. Instead of being angry at your mother-in-law’s intrusion, you can just hand her your spouse. Some mother and son time would be good for all three of you.

Unless it is his mates, husbands hate small talk and socializing. He likes familiarity but hates trying to remember the names of all his cousins. Husbands miss the times when he only had to celebrate Christmas only once, with his family. Now he has to do it twice, and it can be exhausting. On top of that, he has to be nice to everyone.

If family events get too much, both of you can plot a holiday away during times of extreme stress. Husbands do appreciate hiding away from social events, depending on how close he is to his family. Best to avoid both sides of the family when you are picking a holiday so that there will be no arguments.

Boys love toys. Husbands miss being able to buy things without explaining to someone if he needs it or not. When men are single, they do not have to tell anyone why they had to buy that Limited Edition Hulk figurine. Much like women with their beautiful bags, men love their toys and collectibles.

It is best not to ask if you do not like the answer, husbands should have the freedom to buy what they want, so long as it does not burden finances. Hopefully, in the future, his collectibles actually can earn you some money. Buying toys can help husbands relief some stress he experiences at work or home.

Men are wild creatures, because of the adrenaline. Husbands miss being careless about certain things: speeding or other dangerous activities. With kids and responsibilities, husbands have to think twice before doing something silly. Some even become more cautious and fearful, a total contrast to their bachelorhood days. 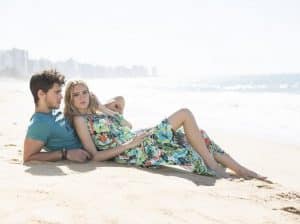 Husbands might miss days of not worrying if he might lose a leg then, but as long as he is careful now, that is the main thing. If your husband is still the reckless child, like when he was single, you might have trouble on your hands.

It takes an effort to look fashionable and presentable, even for a male. Husbands miss the days when he could go out with pajamas three days old. Now, if he even dares to step out the door with mismatched socks, there will be hell. Wives think that husbands should be a good fashion role model for the kids, by not looking like a bum.

While it is important to look neat and tidy, because first impressions count, you should probably relax a little sometimes. If a man is running out to get some milk in pajamas and slippers, there is no harm in that. As long as he looks good when he needs to, let the little things slide.

Husbands can be slobs because their mother used to be the ones doing all the cleaning. Eventually, you managed to train him to clean up after himself, which is good for the relationship. So it can be surprising to know, husbands can miss being a messy slob. Not only because he did not have to clean up, but also it could be a status symbol on how dirty he could be.

Men and women do have different comparison standards socially. Men can be cool by being a slob, while women would be judged based on how meticulously clean their houses are. While men can miss being a slob, it is better that they are not one. 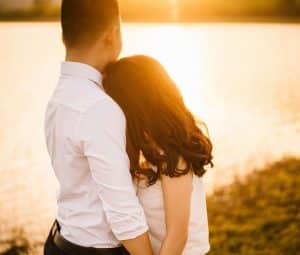 Having leftover pizza for breakfast, or drinking beer for dinner, men miss not deciding to go healthy. When husbands were young and reckless, food is food. They can burn it off easily; hangovers are part of being unattached. When they were single, eating healthy is only for bodybuilders.

As husbands and parent, men now have to opt for healthy options. Plus, growing older means that belly bulge might pose health risk rather than just not looking attractive. Husbands may miss their poor food choices, and it is better to be eating healthy. Being a good role model can certainly improve your man’s quality of life. 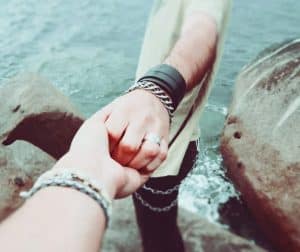 Before they got a girlfriend and wife, men could spend hours or days indulge in playing video games. Husbands would also spend nights playing board games with their friends when they were single. Even if it was a hobby for nerds, they do miss the good times when they were gaming. It is a form of socialization, and it helps sharpen the mind.

Kids games might be boring, but you should encourage husbands to spend time teaching the kids how to play games. It can be a form of bonding, and it helps with strategic planning and learning how to be a good sport. Plus, better a husband who games at home, rather than out socializing with a stranger. 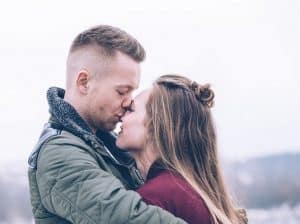 Surprisingly, husbands miss the days where he does not have to share if he is unwilling. Days of being single means he could sleep on his bed, and he could eat his food, without worrying about someone wanting part of it. Worse is that he make an example of himself, to encourage children to share. Having a partner and kids means that he has to give up his bed space, some of his favorite food. Worse still, if he has to share his precious toys.

Rather than making husbands share everything, set up a rule where kids have to respect it when others refuse to share. In reality, no one shares everything they own. Your husband may thank you, especially when he does not have to share his prized possessions.

When he was single, men could openly stare at beautiful girls. They could flirt with girls or ask them out for a drink. Bachelorhood was great with choices and adventures of picking up random girls. The day he met you and decided that you should be his wife marked an end of his single life. He might still be looking at beautiful girls, but only when you are not around.

In conclusion, instead of being upset when he checks out chicks, be open about it. Unless he is flirting or openly trying to get a date, there is no harm in looking at eye candy.

Contents show
10 Surprising Things Husbands Miss About Being Single
1. Being Mother’s Boy Again
2. Socializing Only Once
3. Toys
4. Being Reckless
5. No Fashion
6. Being Messy
7. Poor Food Choices
8. Gaming
9. Not having to share
10. Enjoying Eye Candy
Share