4 Ways To Know He Likes You

It’s the age-old question, isn’t it? How do you know if he likes you? How can you be sure he’s just not stringing you along? Sometimes it’s hard to tell how a man feels because they aren’t always expressive when it comes to emotions!

One sign a man is keen is if he keeps calling you. Men will chase if they are interested, and they will call or text you often. If a man is interested in a woman, he doesn’t have to be reminded to contact her! It is worth noting though that there should be a meaningful conversation. Flirting is fine, but be careful you’re not just a booty call, unless, of course, that is what you want.

When a relationship is new, two people want to see each other as much as they can. If he keeps canceling, rescheduling, or making excuses, let him go. Don’t keep bothering him. Not that you should be in the first place. He should be chasing you, not the other way around! 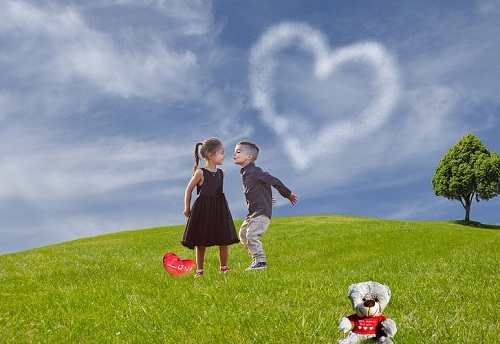 That brings up the topic of how much chasing should a woman do? The answer is, none! It’s fine to pop a text through to say you had a great time the night before or to thank him for the wonderful time you had on your date, but don’t keep texting or calling. You will just look clingy and needy and no man wants that. That’s the quickest way to get a man running in the opposite direction.

So if he’s calling and texting on a regular basis, that’s a good thing. If he is way over-doing it on the calling and texting, then that is a red flag that perhaps he is clingy and needy, or even possessive. That’s not a good sign, so be aware of that.

3. Be Wary Of His Attention

Another sign that he is into you is if his attention is focused on you when you’re out. There are always distractions in public, whether it be other people, events, or just whatever it is that is going on around you.

If your partner’s attention is always elsewhere, particularly if he keeps checking out other women, you have a problem. His attention should be on you. It shouldn’t be over the top, but so long as he keeps looking at you, or touching you, to reassure you that his focus is on you, you don’t have a problem. 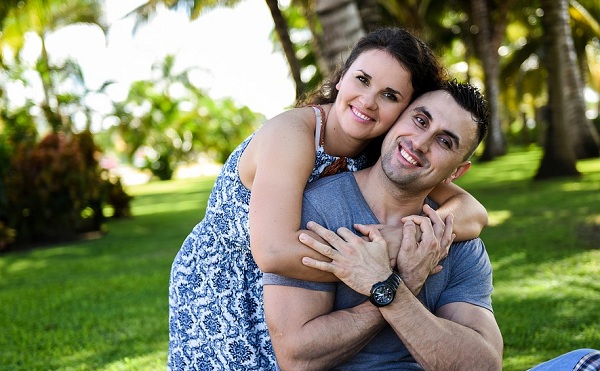 4. Out In The Public

He may not necessarily be affectionate in public, but that’s nothing to be worried about. Many men just aren’t, and it’s better to accept it than to try and make them do something they’re not comfortable with. If they don’t like to hold hands or put their arm around you in public.

Don’t take that as a negative sign. Some men will change as they get to know you better and become more familiar. Also, even though they don’t necessarily like to hold hands or put their arm around you, quite often a man will have no problem with you holding his arm – so that might be an alternative if you feel you must be connected physically.

Sometimes it can be difficult to know whether a man is into you or not, but these guidelines should help. On your part though, you need to be in control in as far as not chasing the man, and also not appearing to be needy. If you’re busting to send a text message, call a friend instead, or watch some television. Even if you have to eat three packets of chocolate biscuits to keep yourself busy! Do not call or text every few minutes or so many times a day you lose count. It’s not fun, and it’s not cute. You’ll just be labeled a psycho-woman.

Your potential partner in most cases will not appreciate it. You want to keep things on a good footing moving forward, or else there won’t be any moving forward! 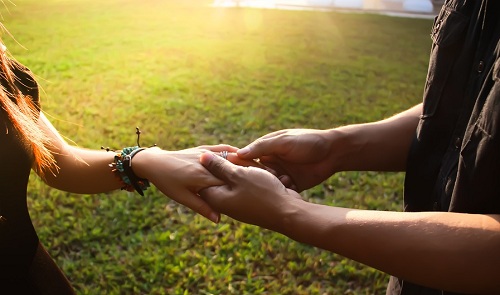 Of course, if he is a romantic, he might give or send you little gifts on a regular basis. This is not only a lovely surprise but also reassurance that his thoughts are on you. It might be flowers, chocolates, tickets to a show or a movie, or he might take you out regularly for a nice meal. Regardless of what it is, in this case, it is the thought that counts because you know that you are the priority.

The bottom line is, you should be his priority. Any smart woman will soon work out whether she is or not.

Contents show
4 Ways To Know He Likes You
1. Does He Call Often?
2. Texting & Calling
3. Be Wary Of His Attention
4. Out In The Public
Conclusion
Share