5 Ways Your Man Gets Embarrassed

5 Things That Embarrass Your Man

Believe it or not, no matter how little emotion he may show, your man is just as human as you are. Part of this glorious human experience is to have insecurities. While many men feel the stereotypes and pressures of the “masculine gentleman” identity they feel they must fit to seem attractive, being open and truly expressive can be seen as a daunting task. However, this article isn’t about those gender roles. This article is about the embarrassment that is a byproduct of those gender roles.

So please excuse me if you feel I’m “mansplaining” here. Speaking from my account, as well as the accounts of many other men I’ve acquainted myself with over the years, I’ve compiled a short list of things every man is terrified to admit. Or, in one specific case, do. These social taboos are things that aren’t discussed often because, well, they’re regarded as difficult topics.

However, if you’re looking to induce some cringe into your man, feel free to grab the bull by the horns and bring up any of these topics. I guarantee that no matter how good his poker face is, you’ll have him squirming. Here are five things that every guy is embarrassed to talk about.

Five Things that Every Guy is Embarrassed to Talk About

Amazingly enough, guys can also get jealous. This one is probably the most real of five things on this list. Be it your handsome co-worker or your long-time friend; guys can get jealous of you spending time with other people. Mainly, people of the gender opposite of yours. Their jealousy can show up in strange ways sometimes, though.

Often, a jealous boyfriend will often react angry or abrasive if we feel insecure in some way. Usually, the frustration manifests itself when you go out, or spend time away from him. Especially if you come back and talk about what you did or who you met. Saying uncharacteristically mean things about your friends could be another telltale sign.

Men who get jealous often become a bit more possessive. Therefore, this could be the source of any abrasive or seemingly apathetic attitude he may have during a conversation. Because jealousy isn’t exactly a “masculine” feeling, it’s tough for men to be open about how they feel. Being direct won’t always work here, either. Sometimes you gotta just wait for the jealousy to run its course. Eventually, he’ll get over it if you show that you spending time with other people won’t affect your relationship.

This is significantly more fun to poke fun at than jealousy. I mean, wouldn’t you rather poke an otter than a bear? This is because that analogy represents the difference. Of course, men love tasty drinks, but there’s this concept I like to call masculinity capital that prevents them from ordering said drinks. 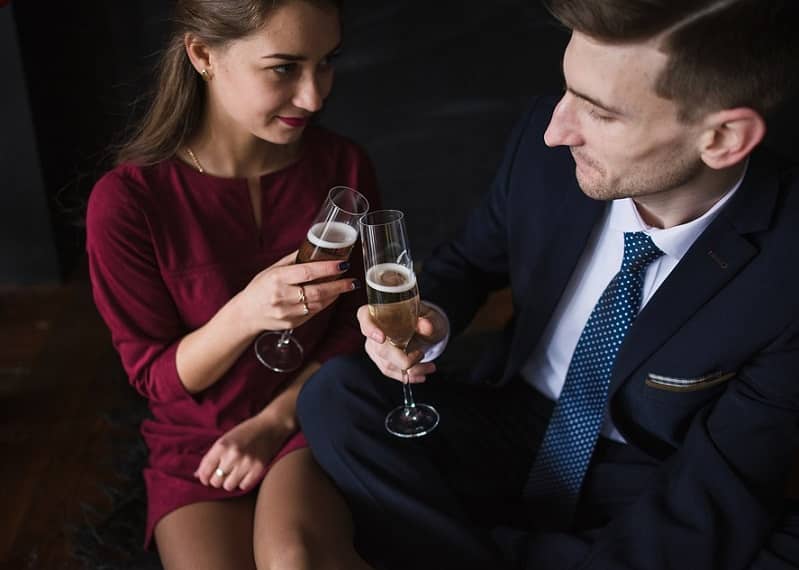 Masculinity capital refers to non-financial social assets that help a man’s social mobility in the eyes of other men. Examples include things such as types of clothes they wear, or lack thereof, amount of time spent outdoors, sports they watch, and, especially, in this case, drinks they order. No man would be caught dead ordering an Appletini, but most would probably love to. Instead, they might go for a glass of scotch; less tasty, but more valuable regarding masculinity capital. Just look at James Bond and his Martinis.

Vodka Martinis aren’t that great to drink at all, but the sophistication and suave points a man earns for drinking them in public are what makes them tastier. Next time, just go ahead and order him a Sex on the Beach when he’s in the bathroom. He’ll drink it, but you best believe he’ll be looking over his shoulder every time he takes a sip.

This is another byproduct of living in a society still dominated by the concept of chivalry. It’s fair to say that most men will have no problem taking the cheque on the first date, but the following dates then become a bit harder to navigate. It often feels like the first date sets a precedent requiring your guy to take the check at every dinner after. Dinners can get expensive, but the social taboo of asking you to split the check with him can sometimes be too daunting.

In the case of this one, save your man some strife and just go ahead and offer to split the check ahead of time if that’s what you’d be willing to do. You have no idea how much tension that could relieve once the check arrives at the table. Internally, he’ll be relieved and thanking you for that move. 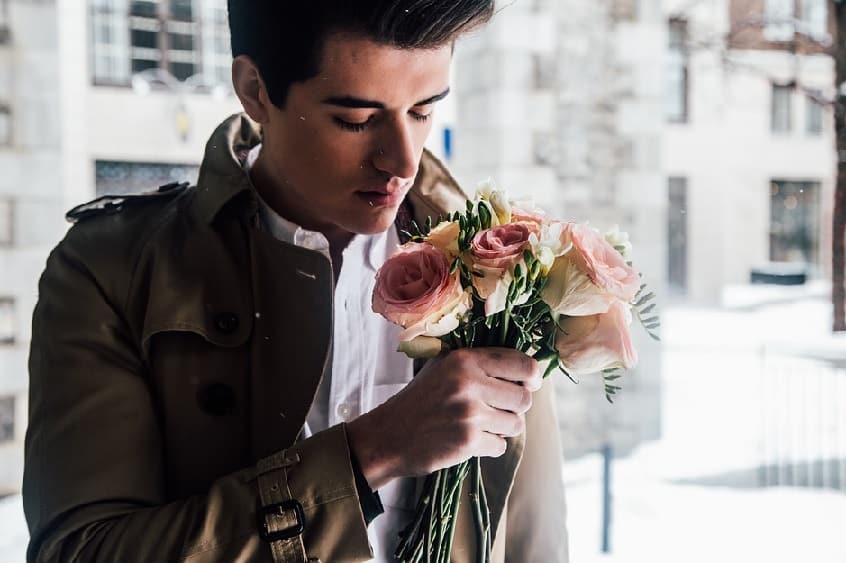 We’re back to this concept of masculinity capital. This time, it’s the concept of drinking flavored coffee that can embarrass your man to new levels. While some guys can admit they go to and enjoy Starbucks coffee, the underlying issue is more closely tied to the flavoring aspect of the coffee. No guy would be caught dead ordering a Mocha Frappuccino. 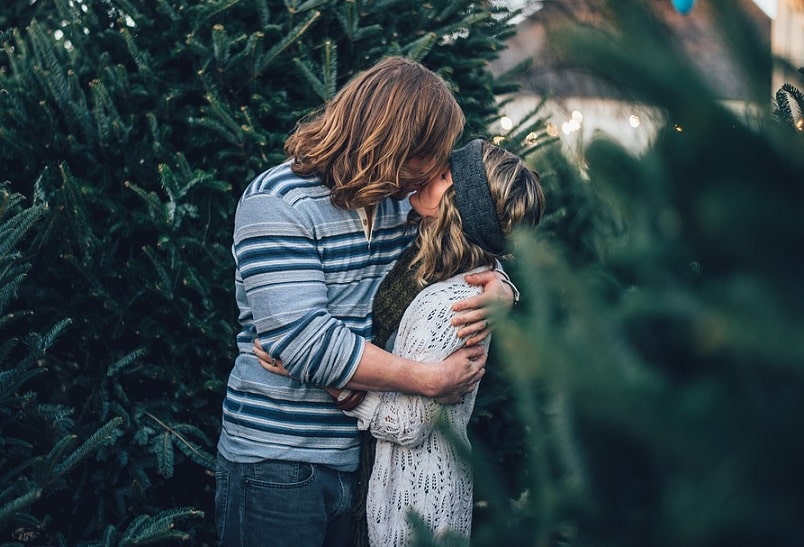 The coffee that maximizes masculinity capital has to have the least amount of cream and sugar as palatable, if not black. Even going on a Starbucks run for that type of drink can be embarrassing, especially if he isn’t getting any coffee for himself. Maybe it’s the whole obsession with pumpkin spice or the stereotype of Starbucks being a white girl paradise. But, for some reason, it can be an embarrassing location for boyfriends and husbands everywhere.

5. Waiting for you in a lingerie store

Seriously, nothing is mortifying for a man than having to hang around Aerie or Victoria’s Secret while you’re shopping for underwear. You’d think a guy would be in heaven, surrounded by all that sexy lingerie, but it’s quite the opposite. Your man is bound to feel out of place, even though there’s inherently nothing wrong with him being there.

This store might maximize discomfort because men will no doubt feel judged by women in the store, as well as everybody walking by the storefront. Their only saving grace is the other hapless boyfriends and husbands stuck in the store with him. But even then, talking to each other can be awkward.

If you see him hanging around the side out of view of the storefront, shuffling and grimacing, you can bet your bottom dollar it’s because of this. Also, if you’re looking to mess with him, send him to Starbucks to order you a pumpkin spice Macchiato, then have him meet you in the dressing room at Victoria’s Secret. He’ll just develop a type of PTSD from his loss of masculinity capital.

Contents show
5 Things That Embarrass Your Man
Five Things that Every Guy is Embarrassed to Talk About
1. Jealousy
2. Enjoying “Girly” Alcoholic Drinks
3. Splitting The Cheque
4. Enjoying Starbucks
5. Waiting for you in a lingerie store
Share