8 Signs You Are You Dating A Narcissist

Are You Dating A Narcissist?

Narcissism is a personality disorder. The main attributes of a narcissistic personality are their exaggerated feelings of self-importance, an immoderate expectation of appreciation and a total absence of comprehending other people’s feelings.

The term ‘narcissism’ is derived from the Greek mythological character Narcissus, who fell in love with his image reflected in a pool of water. Many great psychologists have extensively researched on narcissistic behavior.

Narcissism is a psychoanalytic disorder, the concept of which was introduced by the legendary psychologist Sigmund Freud in his essay On Narcissism. There are certain personality traits of a narcissistic person which are to be carefully identified before getting involved in a serious relationship with any such person.

A person suffering from narcissism is often characterized by their unrealistic sense of superiority which is referred to as grandiosity in a single word. They perpetually remain in such a confident state of mind. These people only give importance to them and have a habit of displaying incredible arrogance. 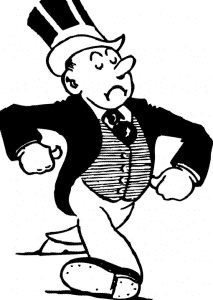 They neglect other people’s feelings with derision and a complete lack of empathy. They love to belittle others in their bid to prove their false superiority.

So, when a person is preparing to be in a relationship, the first thing to watch out is the level of receptivity, his/her counterpart is displaying in response to his/her communication towards the partner. If the person is receptive and compassionate enough to the said communication, the person may be considered a safe prospect for a relationship.

Being in a state of an arrogance personified mind, a narcissistic person is prone to rule-breaking. As he would like to imagine himself free from all rules and regulations mortal people are obliged to follow, he would often deliberately and arrogantly tend to flout the rules.

The rule-breaking incident may be an event of illegal parking; it may be a case of speeding above the stipulated level etc. Such a person will seldom honor the appointed time of meeting his/her partner decided earlier after extensive planning. 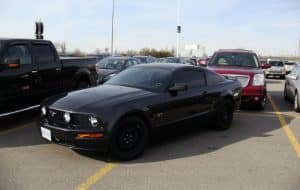 It is the person in a relationship with a narcissistic partner, who gets the blame for all the trouble between them. If there is an argument between the two, this person is responsible solely and not the other way around. If he/she is angry, the fault is entirely yours. He will never be accountable to you for any problems arising out of any conceivable situation.

It is always about him. Whatever may be the situation, he will look after his interests only and will not pay heed to anyone else’s. Bonding with such a person is a difficult prospect.

5. No Concern for Other People’s Well-being

Sharing each other’s life with all its ups and downs, high and low points, happy and difficult moments are the essence of a happy and strong relationship. It relieves people from day to day stresses of life and sometimes even from some severe psychological distresses. 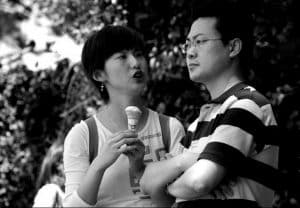 It also creates a congenial comfort level between them to discuss all the issues about their lives in a free and compassionate environment. However, a narcissistic person will never listen to you. All the issues in your life, so dear and important to you, have no relevance to him/her. He/she simply does not care to listen about your issues, whatsoever. They are only concerned about themselves and are not bothered by anybody else.

6. Persistent Bragging and Exaggeration of Achievements

These people like to show off. They like to flaunt their earthly possessions and achievements of life way above their actual worth. They also claim to be an expert in many fields without even realizing the falsehood of their bragging.

7. ‘Only My Opinion Matters’ attitude

Their vision of the world is limited to their conservative perspective only. They can view their surroundings through their lens only and are not bothered about other people’s perspective.

8. Denial of Remorse or Gratitude

Narcissism does not allow people affected by the disorder to show repentance, remorse or gratitude to a given situation. Their all-encompassing selfishness prevents them from exhibiting such humanly emotional gestures.

A few facts are put in mind when dealing with narcissistic persons. Keeping your composure is the key to dealing with such persons. Stay calm and calm as far as practicable. It is often seen that the most lovable and adorable people in your life have been affected by narcissistic syndromes.

So, instead of instantly giving up on them, one needs to be a little sagacious. However, if things seem beyond repair even after putting in all your efforts, it would be better to leave the relationship behind and move on with your own life.

Contents show
Are You Dating A Narcissist?
1. Unrealistic Sense of Superiority
2. Rule Breaker
3. Always Right Attitude
4. I, Me, Myself!
5. No Concern for Other People’s Well-being
6. Persistent Bragging and Exaggeration of Achievements
7. ‘Only My Opinion Matters’ attitude
8. Denial of Remorse or Gratitude
Conclusion
Share