People separate all the time, due to various reasons. Nowadays it is common to know a person who has been divorced or separated from their partner. When you ask why, you would probably hear a load of reasons, some shocking, some normal. Here are the ten things that divorced men have in common, some may surprise you unless you are a family law attorney.

Of course, divorced men may share more than one of the traits below. If you see that you or your partner has one of the common criteria, it does not mean that you will separate. Perhaps it will be good to know the weak points and make necessary adjustments to have a long-lasting marriage.

Despite being told numerous times, men can still claim that they are blindsided when the partners file to divorce. Other than verbal warnings of a potential marriage breakdown, men who have poor listening skills have a higher risk of getting divorced. Imagine feeling like you are talking to a wall, add a few years of trying and you would probably give up.

For those who realize that they have problems paying attention to what partners have to say, enroll in couples therapy as most offer a good communication session. Communication is a two-way street, and maybe your partner is not talking your language or saying something that makes you switch off. No one likes to be called a nag, so effective communication may address this issue.

Game addiction, social media addiction, gambling addiction, the list goes on. It is more common to hear about men getting the boot due to gambling and alcoholism. Surprising divorce reasons today are technology ruling and ruining marriages. Men who have trouble controlling their gaming and technology use will find themselves becoming single again.

Most partners are tolerant of men playing games or having a hobby, but they do have a limit to what is acceptable. It is not only important to set ground rules, but sticking by them takes stronger commitment. If you chose technology over your spouse, any wonder you are being let go?

Balance is a general term with a lot of impact on a married person’s life. Everyone walks a tightrope of balance in their life. But for couples, the tightrope is harder to balance when two people are walking on it. Work and life balance are one of the surprising issues divorced men have in common. This is because men often work more than spending time with their spouses.

We all need to work to pay for the things we love and need, but work-life balance is only an issue when men are workaholics and fail to acknowledge their role in a relationship. Spouses are tolerant towards their partners working, as long as they get to see them.

Another balancing act is between parents and spouse. In-laws do not always get along; it can come as a surprise when you are dumped because of your family members. Failure to consider feelings of both sides can seriously damage your relationship.

Changes in life are a fact of life, getting married is also a form of change. The comings and goings can bring about intense emotions that can be hard to ignore. Couples vow to share joys and sadness when they marry, but men usually have trouble expressing their emotions. Keeping emotions bottled up can be detrimental in many ways. 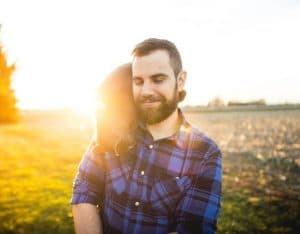 Bottled emotions can cause pent-up anger or sadness, can wreak havoc when it is unleashed. Aside from that, inability to share emotions can make men appear distant. Partners in a relationship need to feel that they are together physically and emotionally, so not sharing them can be devastating.

Men who are divorced has issues with responsibility. Those who treat marriage as a vacation, a break from the real world; and those who think marriage is a job are most likely to be a divorcee. This is because both sides forgot about the responsibility as a married person.

Men who treat marriage as a vacation thinks that there is nothing to work for in a partnership. Eventually, the spouse will end up disgruntled and leave. This is because the partner does not put up an effort to maintain the marriage. Partners who are always upset because they find being married is a chore will soon find themselves not in one.

To keep a marriage alive, you should work hard to maintain a wonderful partnership, and count the good times instead of the bad. Every relationship has ups and downs, and seeing the positive side of things will make it seem less like a chore.

When you marry, you commit to having a single partner for a while. For most people, the dating stops after ‘I do,’ which is not good. A commitment to be loving and caring partner remains long after marriage vows, and sometimes both parties forget. Once life and kids take over, couples can forget how to enjoy themselves as a pair.

Many marriage counselors recommend setting aside a time to be spouses. Schedule a date, send the children to a babysitter. Your commitment to love and care for each other should be first and foremost because when you forget how to be a couple, marriage will be in trouble.

What is the difference between a wife and a girlfriend? If a man tells you that one requires effort while the other does not, chances are he will be looking at divorce papers often. Just because you have married, a person does not mean that you can treat them like dirt. All that effort to bait someone to marry you, should not end in alimony.

Incidentally, those who think that spouses do not need the effort to love are the ones who are most likely to cheat.

Some people love attention, and they like it when peers and partners treat them like gods. Usually, men who think they are gods are the ones in shock when their world comes crashing down. Men who stand high up on a pedestal forgets how to be nice to other people, particularly their spouse.

Some men like to be unique; others want to put their spouse on the pedestal, worshiped and treated like a deity. When you put someone up for worship, you create stress and loneliness. When one-sided worshiping breaks a marriage, it can cause pain for both parties. 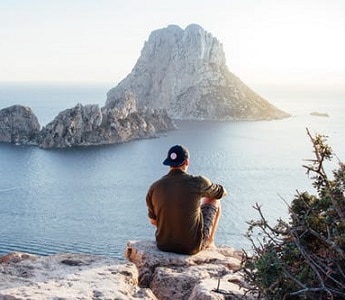 A good marriage is one where both spouses are on equal ground, pleasing each other. They know that either partner is not perfect, but together they are a matching unit.

Divorced men can be neglected too. Anyone longs to be appreciated and loved. When people feel that they take a backseat, relationship cracks will occur. Men still like to know that they are attractive and charming, or they are the same guy before marriage. Neglect can make anyone feel depressed and unwanted. So, if you are married, make an effort to tell your partner something positive.

Another reason why people get divorced is when partners let themselves go, basically neglecting their own needs. Mostly females are the ones that get the boot. However, some men get a shock being dumped for gaining too much weight and looking ten decades older. Marriage does not give you the license to neglect your look and health. 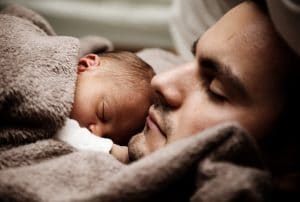 Most men still find friendship in their ex-spouse, after all, they were married once. It comes as no surprise that there are those who still want to be friends after a divorce, notably if the separation was amicable.

There are many reasons why people separate, not all are bad. While men want to remain, friends, they do not always get what they want.