8 Signs That She Is Losing Interest In You

Is She Losing Interest In You?

Let’s face it; relationships can start off wonderfully. With all the romance, butterflies, excitement and general ‘honeymoon’ phase symptoms that come with a new partnership. However, sometimes, all the joy you once felt can turn into your worst nightmare, in what may seem like an abrupt experience. But was it really unforeseen or did you just ignore the signs that were right in front of you?

Here are a few ways to know that she may be losing interest in you:

8 Signs She Is Bored With You

In this day and age, there are close to a million ways to stay in touch with those you care for- from texts, phone calls, instant messages & video chatting and much more. When you started dating, you would talk to each other at least ten times a day. You have both slacked off, which is considered normal after the first phase of any relationship. But if you’re the only one putting in the extra effort to communicate, then it may be time to re-evaluate your relationship. Worse still is when your girlfriend makes up a million excuses about why you didn’t hear back from her.

Remember when you two started dating? Oh, the glory days! “You hang up,” “No, you hang up”- a conversation that seemed to have no end when you spoke on the phone. You could never have enough of one another, and now she can’t stand being around you. Each time you make plans to hang out, go to dinner or a movie, there seems to be something else coming up. Her girlfriends have become a priority, taking up all her time. It’s understandable to be busy (you know, since you both have lives to live and endless responsibilities and what naught). But when trying to see her turns into a tedious process, you should probably call it quits because she is done.

It’s normal to have disagreements in every relationship; don’t let anyone lie to you and tell you it isn’t. Most ‘fights’ tend to be resolved within a few hours once some compromises are made. However, if every time you attempt to express your feelings on a particular subject, your significant other becomes visibly upset, something may be up.

If she seems to be in a generally foul mood lately and you have to walk on eggshells around her, then something else is obviously going on. You shouldn’t have to be afraid to make a mistake around someone you love! When she begins to pick unnecessary or unprovoked fights with you and start arguments from what seems out of the blue, then it’s definitely time for you to move on.

So, we’re not only talking about sex here, but it’s definitely included. Think of affection in all its forms: touching, snuggling, holding hands, kissing and hugging- you two always made sure you were practicing this love language whenever you were in each other’s company. She always rubbed your back in an oh-so-gentle way that seemed to take the muscle soreness away. 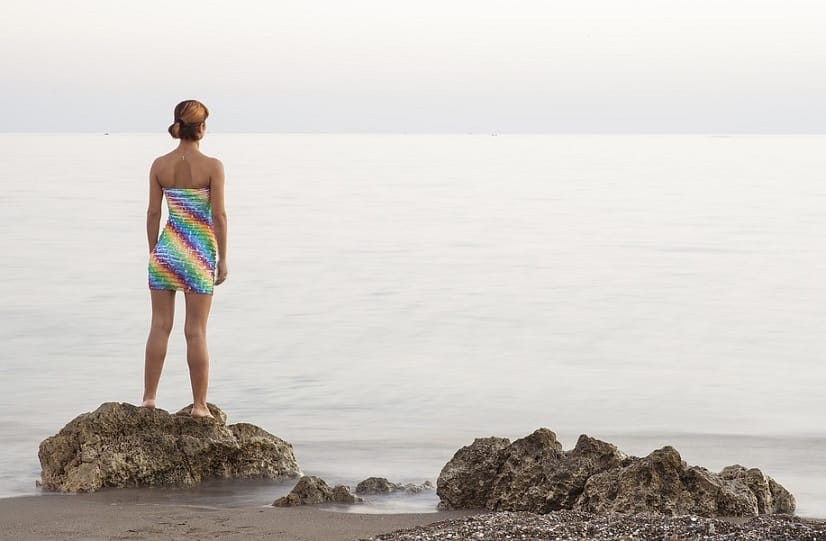 She loved to kiss your ‘boo boo’ whenever you had a paper cut, a silly but sweet gesture that you adored… Lately, you don’t get as much as a hug when you open the door to greet her, and during those occasional times that she graces you with an embrace, it feels forced. You know, like someone was holding a gun to her head to do it. Dude, this is a terrible indication of the state of your relationship. Bring it up and see her reaction- if she becomes overly defensive, then you know your answer. Run!

More often than not, women are usually the first ones to make plans for the future, both short-term and long-term. Her cousin has a wedding coming up in 3 months- so you know that you need to rent a nice suit or take yours to the dry cleaners. It’s a no-brainer that you’re her date; after all, you two are like peas in a pod! It’s only August, but she’s already discussing the end of year party at her office, giving you tips on who to avoid and who the weirdo of the building is.

She always invites you to family gatherings, organizes double dates with her best friend and her boyfriend, and she verbally fantasizes about how cute your babies will be, one day in the distant future. However, the last couple of months have been a bit different- “we” has turned into “me” and “I.” You do not seem to play a role in her plans anymore, and you know that it’s not a slip of the tongue. If she stops making you a part of her future, it’s undoubtedly time to call it quits, before you end up even more heartbroken.

She always knows when you buy a new shirt or shoes, and never fails to pay you a compliment, which – let’s face it- pampers your ego as a man. You strive to ensure you look somewhat presentable even on those days you honestly just want to grow your stub out and lounge around in nothing but torn boxer shorts. She deserves the effort, right? Rather, she did. 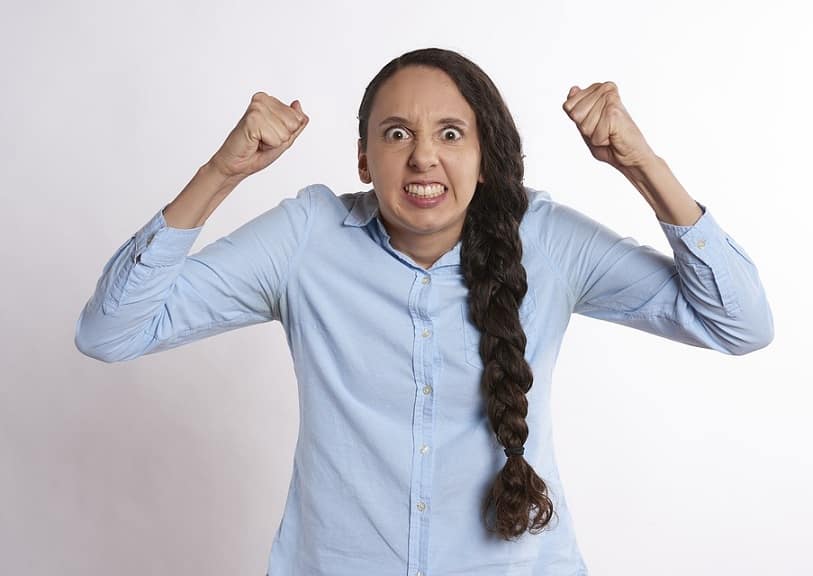 Now, even with a dramatic change in your physical appearance (you decided to try growing a goatee just for the sake of it), you don’t get as much as a raised brow from her. What the heck? Now you have to fish for compliments, even if doing so makes you feel desperate and kind of lame. What other choice do you have? C’mon guys, when your lady doesn’t care enough to notice anything anymore and displays disinterest instead, then she’s probably on her way out of the relationship.

Flirting is a great way to keep the fire burning in any relationship. Ask older married couples who have been together for several decades. You two have always considered yourselves professionals at the flirting game- she sneaks up on you and spanks you on the rear, you wink at each other from across the room when you have guests, she stares at you with the you-wait-until-we-get-home look that always gets you going, then out of the blue it stops. Well, it doesn’t really stop, it’s directed elsewhere but toward you. Yes, she doesn’t even have the decency to flirt behind your back, no- she does it right in front of you! Wanting out of a relationship is one thing, but being disrespectful toward you is not called for. Run, dude, run!!!! 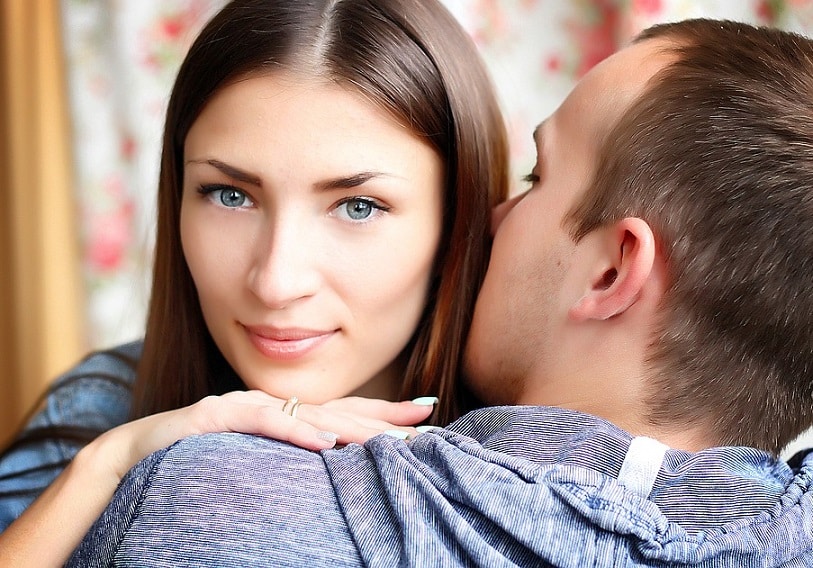 So, yes, this may sound stupid or far-fetched, but you know what I’m talking about. That sinking feeling you have most of the time now, that was never a factor before. Deep down, you feel there’s something wrong, that she’s distant. If you have been hurt before, it’s easy to attribute it to paranoia or being gun-shy; but at the same time, your gut will always try to warn you of impending danger, aka a looming break-up.

Ever wonder why people will get an itch to spy on their significant others? (We’re not saying you should, but ever wonder?) It all starts as a “feeling” that they’re doing something behind your back. You can’t quite put the finger on it, but you know that you’re not crazy either. The best course of action: just ask. Without seeming upset or accusatory, inquire about her distant behavior. Worst case scenario, she denies it and throws a pity party complete with waterworks… then you know the jig is up.

Contents show
Is She Losing Interest In You?
8 Signs She Is Bored With You
1. Decreased Communication
2. Avoidance
3. Endless Fights
4. Diminished Intimacy
5. Me, My And Mine
6. Lack Of Attention
7. Flirting
8. Gut Feeling
Share