Are You An Anna Or An Elsa In Love?

Are You An Anna Or An Elsa In Relationships?

The movie, Frozen, took the Disney world by storm in 2014. Little girls (and adults) everywhere wanted to be Anna, and even more wanted to be Elsa. The song, “Let It Go” became a sensation with young and old alike. The fact that people are still talking about this movie today proves that this story touched something in us. It is not the typical princesses story.

Two princesses are sisters. The bad guy is not an evil stepmother, but an over ambitious prince and the one who saves the day is, in fact, one of the young princesses. I have seen several quizzes asking “which princess are you?” and the like, so I thought it was time to take a look at the way Anna and Elsa handle relationships – romantic ones, specifically. So, after reading the analysis, ask yourself, “Am I an Anna or an Elsa in love?”

Am I an Anna or an Elsa in Love?

First, let’s take a look at Anna and her relationships in general, starting with her family. Not much has been said about her relationship with her parents, but a great deal has been told about her relationship with her sister; in fact, it is the heart of the story (no pun intended). When Anna was very young, she and her sister were very close and played together a great deal (even late at night when they were supposed to be asleep). Elsa’s magic was not something to be feared, but something to play with and have fun. Anna accepted her sister as being different from the start. This tells me that Anna is very accepting of others, even if they are different.

Unfortunately, innocence does not last forever. Elsa accidentally hurts Anna, and their parents take this very seriously. In my opinion, they overreact, and they lock Elsa away from everyone. Anna’s memories of Elsa’s gift have been erased. All she knows is that she misses her sister terribly. This does not mean she gives up on her, however. Day after day, she pleads with Elsa to play with her. This shows me that Anna is loyal; once she loves someone, she does not let go.

When Anna’s parents died unexpectedly, her sister Elsa was expected to take the throne. One awkward moment led to another, and when Elsa’s powers were revealed, Elsa ran away. Once again, Anna shows her stubborn side when it comes to love. She was not about to give up on her sister, even though she did not receive much support. Lastly, when all hope seems lost, Anna does the unthinkable; she sacrifices her life to save her sister. It is the ultimate act of love.
So far, we have seen that when it comes to love, Anna is accepting, loyal, stubborn, and selfless.

Now, what is she like when it comes to romantic love? She is not as experienced when it comes to the opposite sex. Her first love is “love at first sight.” Unfortunately, she takes Hans at face value. All he has to do is tell her what she wants to hear. It appears she desperately wants to be swept off her feet, to be petted and praised, and to be the traditional female lead in a romance novel. Hans knows that she is naive, and he uses it to his advantage. Her naivety almost gets her and her sister killed. The only downside to being like Anna in love is gullibility.

It appears she desperately wants to be swept off her feet, to be petted and praised, and to be the traditional female lead in a romance novel. Hans knows that she is naive, and he uses it to his advantage. Her naivety almost gets her and her sister killed. The only downside to being like Anna in love is gullibility. 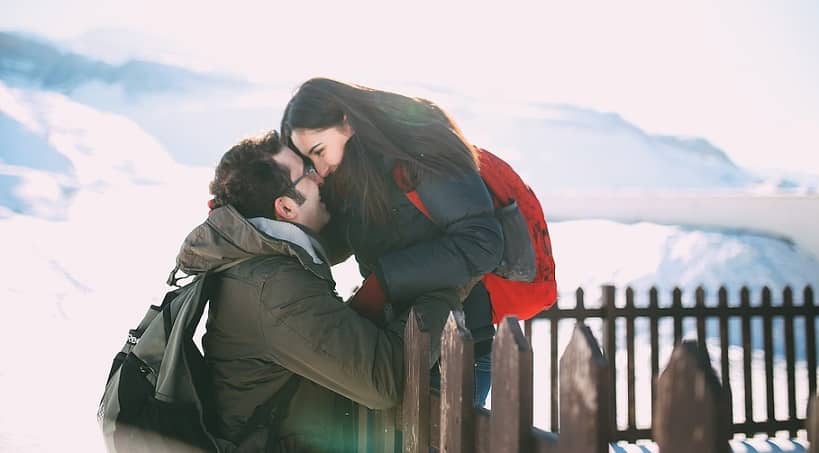 Anna redeems herself by learning to love a genuinely good man named Kristoff. At first, he does not fit her romantic mold, so she rejects him, but as he proves himself by his actions, she learns that he is more genuine than her “crush.” This means that while she started off as naive, she learned quickly that deeds, rather than words, show her the real person inside.

In review, if you are accepting, loyal, stubborn, naive but willing to learn, and are willing to sacrifice everything for that special person in your life, you may be an Anna in love.

Now, let us take a look at Elsa. Elsa was closer to her father than her sister, Anna was. She looked up to him as he tried to help her conceal her gift. While he was acting from a place of love, perhaps it was not in her best interest, but when it came to running the country, Elsa’s parents were never far from her thoughts, even after they died. She held tightly to her parents while keeping her sister at arm’s length – all to protect others. Her main concern was to keep others (besides her father) at a distance because she was so afraid of hurting them. It became an obsession. This tells me that she is terrified of relationships in general. She is afraid to hurt and being hurt.

Before the disaster that started her neurosis, Elsa was very close to her sister, Anna. They would play together and use Elsa’s magic for fun. That is until Elsa accidentally hurt Anna. She never did forgive herself for that. That inability to forgive is at the heart of her fear of relationships.

8. Revelation of The Gift

When Elsa’s parents died unexpectedly, her worst fears were realized. She could no longer shut herself away from the world. It was her duty to become the next queen and rule her country. That meant being seen in public and taking part in ceremonies. It meant keeping her growing powers under control. Fear is a powerful thing. It can rule your life. Fear and a misunderstanding caused her to lose control temporarily, and she exposed her astonished guests to her “gift.” This was too much for her, and she ran away. This shows me that fear of what others think got in the way of her ability to relate to others. 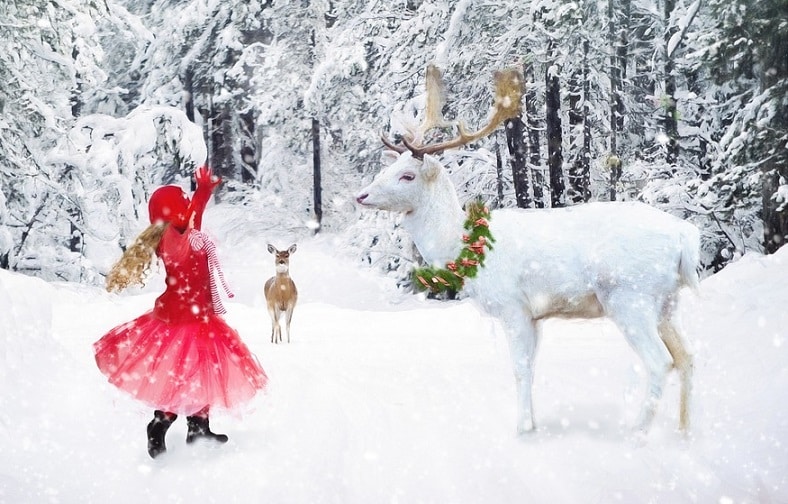 After she leaves it all behind, something miraculous happens. She finds herself. She sings that well-loved song “Let it Go.” She lets go of all restraint on her gift. She builds herself an ice castle and clothes herself in a protective layer of ice. She is now the ice queen. Out here, away from everyone, she is in control, and she does not need to love, to feel, to care about anyone. At the same time, she no longer has to hide who she is or what she can do. Elsa needs to be alone to find herself. 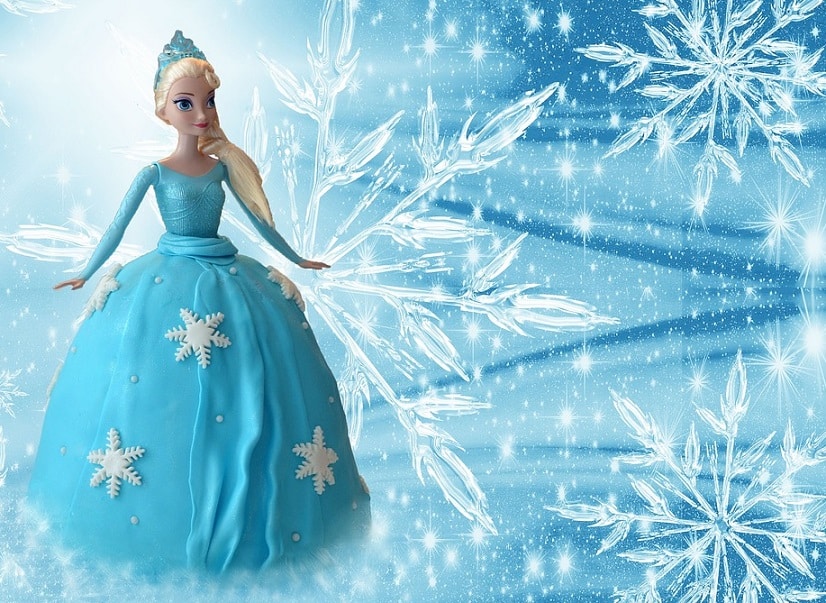 What eventually melts this ice queen was the unconquerable love of her sister, Anna. In the end, even though Elsa has once again wounded her sister, Anna sacrifices her life to save Elsa and freezes solid. It is when this act of selfless love melts away the ice from Anna’s body then Elsa finally understands the importance of unconditional love and sacrifice. When Elsa experienced that kind of love, she learns to forgive herself. She learns to conquer her fears and embrace her role as queen. While Elsa starts off with many issues, she learns and grows. That is what makes her so likable.

In review, if you are fearful of commitment, of being hurt or hurting others, or of exposing the real you, you may be an early Elsa in love. If you have learned to forgive yourself and others if you have melted your frozen armor, and if you are willing to take a chance after years of solitude, you just may be the grown-up Elsa in love.

Contents show
Are You An Anna Or An Elsa In Relationships?
Am I an Anna or an Elsa in Love?
1. Relationship With Parents
2. Locked Away
3. Death of Parents
4. Romantic Love
5. The Good Man
6. The Gift
7. Sisterly Bond
8. Revelation of The Gift
9. The Ice Castle
10. The Love Of A Sister
Conclusion
Share